Interview with My Cardboard Life 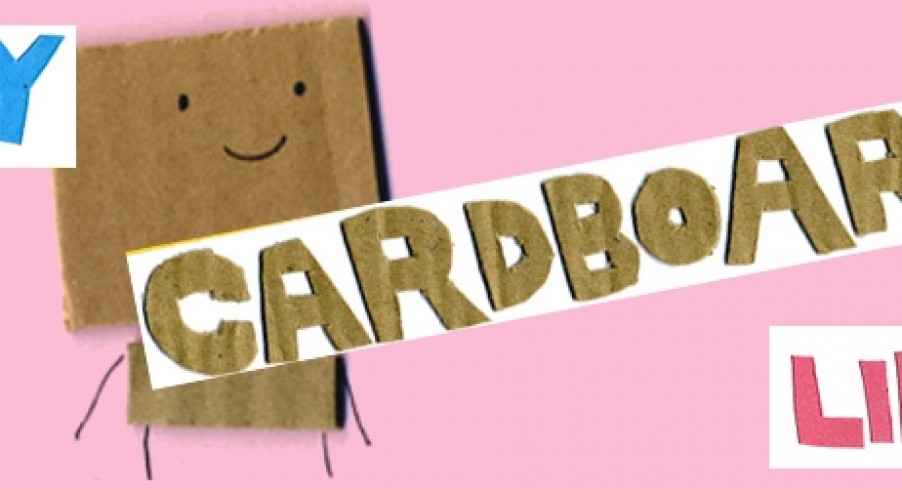 Cardboard Colin, Paper Pauline, Steve Sponge, Polar Bear . These are some of the main protagonists in Philippa Rice’s online comic, My Cardboard Life. My Cardboard Life is just what the name suggests: the whole comic is made from bits of cardboard, paper and other materials. It is brought to life by artist Philippa Rice. Pop Culture Monster sits down with the creator this week to talk inspiration, characters and, of course, comics.

What made you start My Cardboard Life?

It was a fun idea that I had, an experiment really which I’ve kept on making and adding to as I’ve gone along.

What other comics do you read?

These are my current top fave comics to read: Tiny Kitten Teeth, Bad Machinery, Wondermark, A Softer World and People I Know.

Who’s your favourite character to write for?

I really enjoy writing about Doctor Bandaid. He’s unlucky in love, but he sort of deserves it for being so creepy. My other favourite is Colin’s puppy Sebastian as a grown up.

Have you any other characters in mind for the future, or are you sticking with your main cast?

For now I’d like to concentrate on the cast I’ve already got. Usually when I introduce a new character it’s someone who was only planned to be in one or two comics, but then they kept coming back.

What other types of comics did you write before you started My Cardboard Life?

Not a lot! Just silly stuff in my sketchbook and one science fiction mini-comic about living in the future.

Do you plan your strips long in advance or do they come to you at will when you need them?

A mixture of both. It’s nice when ideas just turn up in my brain without me even trying, but that’s not very reliable. I try and write down as many ideas as I can all the time so that I’ve got something to fall back on if I can’t think of anything for a week.

Where do you draw your ideas from mostly?

You upload a comic every day Mon-Fri. It must be difficult to keep the pace and quality, but you seem to never fail to produce a great strip. Do you ever get writer’s block or just think “God, I wish I didn’t commit to 5 comic strips a week!”?

Well thank you! Most of the time the comics are self-contained stories every day, which is useful because it means I can mix up the order however want over the week. I try to put the funniest one on the Monday and the one with the most panels or best looking one on the Friday. If I’ve made a strip which I don’t like very much I’ll try and hide it on a Tuesday or Thursday!

Sometimes I do a longer storyline and then it can be hard, But I would never complain about doing five a week. It’s my own choice. I get a lot of encouragement and support from my readers which really helps!

Eating my house? MY HOUSE?! I’d take mustard so that the house would be less delicious. That’ll show him!