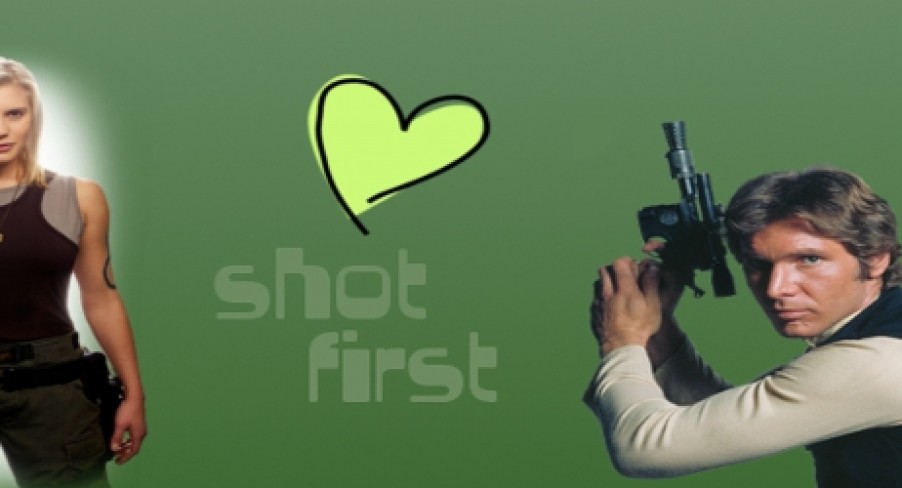 In the wake of the Prop 8 ruling, the hilarious people over at Comediva did a post called “Celebs Who Should Get Gay-Married“. So we decided to do our own version.

Nobody should be alone on Valentine’s Day. Or at least that’s what the movies tell us. So, we’ve decided to do a little bit of matchmaking. Nerd style. And these are the results. Just because you are a maniacal computer bent on the killing of frail, stupid humans doesn’t mean you’re incapable of love. What more touching love story can there be than that of two murderous artificial intelligences united by their non-corporeal existence and their mutual hatred of meat-sacks. Ah, silicon romance. One Chris Evans. Two Chris Evanses? Yes, Marvel loves him so much they let him play two completely seperate characters. So we made them get married. Who could you live with more harmoniously than your own good self? So, Do you Chris Steve ‘Captain America’ Rogers Evans take Chris Johnny ‘The Human Torch’ Storm Evans to be your lawful wedded husband? Let’s get one thing straight, I don’t want to live in a world where two metallic men can’t get married. Sure they’d have to do it in one of the bigger, liberal population centres (Emerald City, Coruscant), but this is a match made in heaven, or a refinery. R2 might have some adjusting to do without his bestie, but the lack of heart wants what it wants. What do you get if you take two socially inept geniuses and pair them up? That’s right! The mutually recognised need to procreate for the betterment of the species. The conversation would be fascinating, the affection would be nowhere to be found and the babies would have brains the size of Volvos. Two social pariahs. She’s a fish. He can talk to fish. She keeps forgetting things. You’ll wish you could forget him. Sub-aquatic, symbiotic love-fest! One maniac is fun. But two maniacs, now we’re cooking with dynamite. These two lovely ladies are a perfect fit. Both mischievous pranksters, both more than a little unhinged. Picture it: After a brief Arkham honeymoon, Harley riding through Gotham on her Pony-wife lobbing pies and acid at innocent bystanders. Ah, bliss. Weeping Angels have a hard time dating. So we’ve paired up the ultimate Mexican stand-off of love. He can’t blink and she can’t move. These lovebirds aren’t going anywhere. Trapped together… FOREVER!! Sharp-shooting, fast-talking, crazy-flying space rogues. People say opposites attract, but that’s magnets. The couple that flies crazy suicide missions together stays together. Plus they’ll save a fortune on boots and vests.