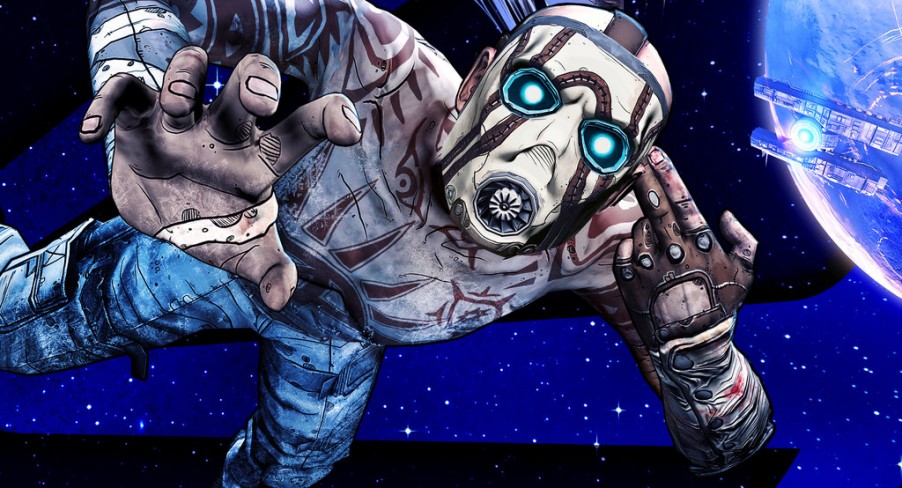 You may remember Athena as an NPC foe-turned-ally who helped your vault hunter take down the villain from The Secret Armory of General Knoxx, one of the DLC packs for the original Borderlands game. But now Gearbox have made her one of the playable Vault hunters in the upcoming Borderlands: The Pre-Sequel. In fact, all of the playable characters were NPCs from the two previous games and their DLC packs.

Athena is the tank of the group and Athena’s action skill is Kinetic Apsis, a shield that lets her absorb all incoming damage and hurl it back at her enemies for double the damage. Her skill trees enable her to focus on frenzied, close-quarters combat. Her Apsis has the ability to store elemental damage, with the Maelstrom stack allowing her to chain more and more elemental damage as long as she is dealing it. She can also chain it between a group of foes should they be standing in close proximity. Another stack, Blood Rush, turns her standard melee attack into a charge attack.

The video below introduces you to Athena as a character, showing off her skills. It also shows us some of the new weaponry – oh that Tediore laser gun reload! I’m desperately looking forward to the new cryo elemental stuff, it will be extremely satisfying watching enemies shatter. And boy does that Stingray hover bike look interesting.

The games is slated for release on October 14th in North America and 17th internationally.

PS: Also, PUH-LEEEEZ let Tina Tina be in this.