Let Them Fight! Monsters at SDCC 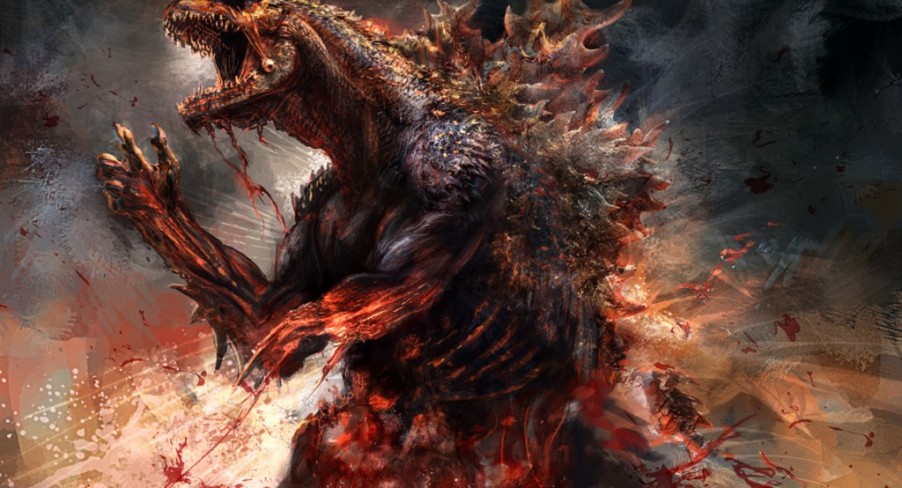 Yesterday at San Diego’s Comic-Con 2014, attendees were treated to the teaser reel for Godzilla 2. The film is being directed by Gareth Edwards, the man who brought us the 2014 remake of Godzilla and 2010’s Monsters.

After a brief video, presented by Legendary Pictures’s head Thomas Tull, of a pre-recorded message by Gareth, the teaser video was played. It opened with an old clip from the Monarch group titled “Classified Monarch Footage”, showing meetings between government officials and voiced-over by President John F. Kennedy talking about the dangers to humanity. And then the words appear on screen, “There were others”… Ominous!

We are then shown grainy footage from old Godzilla movies showing bad shots of each creature with the words, CODENAME: RODAN, CODENAME: MOTHRA and CODENAME: GHIDORAH popping up under their respective monster.

The closing words on the screen were “THREAT ASSESSMENT: CONFLICT INEVITABLE, LET THEM FIGHT”.

For those not familiar with the Godzilla series, Mothra is, just as it sounds, a giant moth, Rodan is a giant pterosaur and King Ghidorah is a giant three-headed, two-tailed lizard.

Well, it looks like Godzilla has his work cut out for him this time with three heavy hitters coming to the table.
No release date has been given yet, while Gareth Edwards is currently busy working on the pre-production of an untitled Star Wars franchise movie.

Continuing with the monster theme, later that day Legendary Pictures teased another movie clip. It showed an overhead aerial show of a dark, gloomy jungle with the voice over:

“Its very existence was improbable. Being alone in the wilderness had made him go mad. It looked at you with a vengeful aspect. Penetrated deeper and deeper… into the very heart of darkness.”

We then see a hairy, but familiar, beast tear out of the jungle roaring. And have you guessed who it is yet? Of course, it’s none other than King Kong himself. The title card rears its head to show us the words “SKULL ISLAND” (not to be confused with monster island!). Skull Island: Blood of the King is set to hit the big screens November 6th 2016, directed and written by Neil Marshall (of Dog Soldiers fame).

This now leaves two classic monster series in the hands of Legendary Pictures, which definitely leaves it open to the future possibility of a crossover to finally seeing the two of them have at it to see who reigns supreme. KingZilla Vs MothDorahDan, anyone? I also wouldn’t object to some Jaegers being tossed in there at some stage.