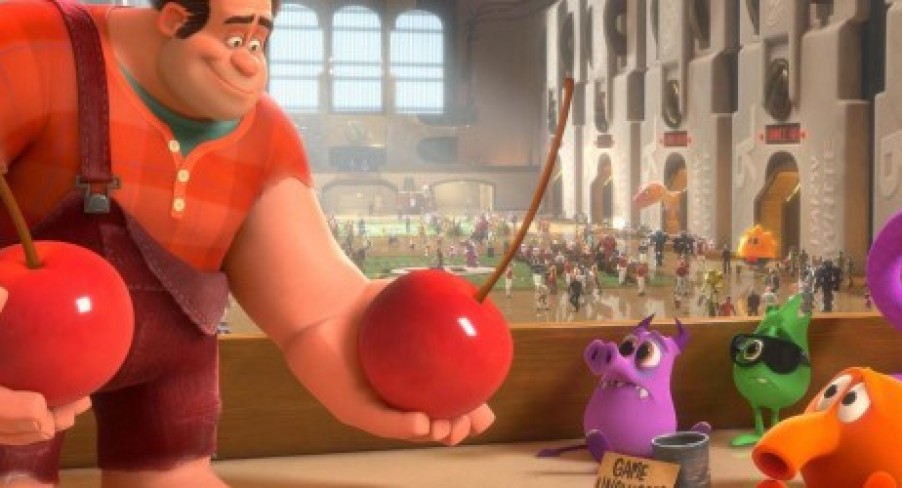 The worst thing about this trailer is that it’s teasing us for a movie that’s not out for almost a year. The best thing is, well, everything else, really. This one really is a nostalgia-fest, gamer paradise. Wreck-It Ralph sees Ralph (John C. Reilly), tired of being overshadowed by good-guy Fix-It Felix (Jack McBrayer), take matters into his own hands. Determined to prove that he’s got what it takes to be the hero, Ralph sets off on an arcade adventure through generations of video games.

On his quest, he meets the tough-as-nails Sergeant Calhoun (voice of Jane Lynch, TV’s “Glee”) from the first-person action game Hero’s Duty. But it’s the feisty misfit Vanellope von Schweetz (voice of Sarah Silverman, “The Sarah Silverman Program”) from the candy-coated cart racing game, Sugar Rush, whose world is threatened when Ralph accidentally unleashes a deadly enemy that threatens the entire arcade.  Will Ralph realize his dream and save the day before it’s too late? Wreck-It Ralph crashes onto the big screen on Feb 15, 2013, in Disney Digital 3D™ in select cinemas.