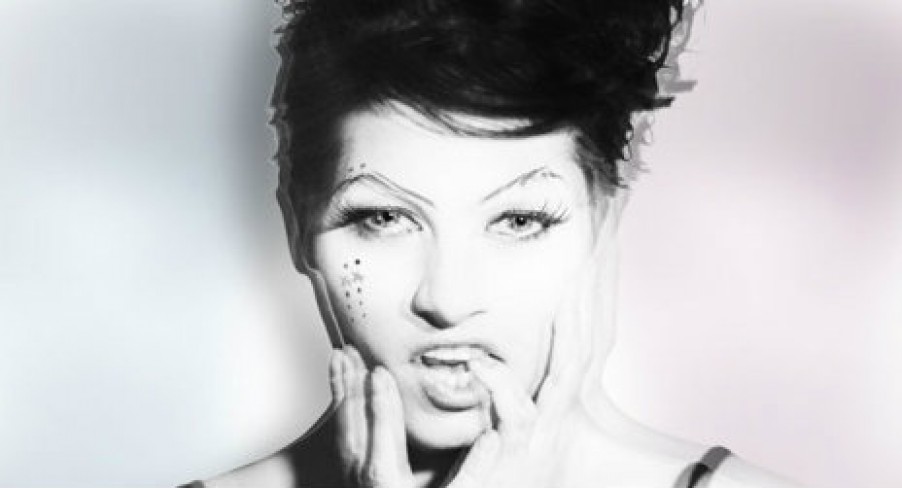 So it’s been four long-awaited years since Amanda Palmer released her debut solo record titles Who Killed Amanda Palmer. And things have changed since then. Unlike her debut, Theatre is Evil was released by 8 Ft. Records, Palmer’s own label. Way back when the video for ‘Leeds United’ was being made, Palmer claimed Roadrunner Records wanted the music video to be edited because they thought she looked fat. After this, the ReBellyon happened – this involved her fans posting pictures of their own stomachs online with messages to Roadrunner. Not surprisingly, this had a part in Palmer’s decision to try break away from her contract with the record label. In 2010, she was released from her contract.

The recording and release of Theatre is Evil with Palmer’s independent status was helped by a fan-funded project on Kickstarter – one that went on to raise over $1.1 million. Some may think that this allowed Palmer to laugh her way to the bank but that’s not the story here – what it did allow her to do was make a hell of a record the way she wanted it to be made.

Smile (Pictures Or It Didn’t Happen) opens the curtains on Theatre with a synth-heavy pop number with a bang. The Killing Type is a rock’n’roll track that Palmer wrote while on a walk instead of her usual routine of sitting at her piano. Do It With A Rockstar is the first single. As the title suggests, it’s a catchy rock track detailing the rockstar lifestyle. It’s a great introduction to the album for people who still wait for singles. Want It Back is an addictively funky number that’ll have you tapping your feet, bobbing your head and mumbling along with the lyrics. This track sticks out from the others with its excitement-driven vibe reminiscent of Palmer’s days in The Dresden Dolls.

The tempo mellows with Trout Heart Replica. Ask me a how I want a Palmer song; I’ll usually say just her and a piano/keyboard and her poetic lyrics telling one tale or another. It’s an eerie and emotional piano ballad that chills. The poignant ballads don’t stop there. The Bed Song is a beautifully soft dreamesque song about the distance between two people who’ve forgotten how to speak to each other. Melody Dean brings punk back into Theatre with a My Sharona hook and its well-known guitar riff. Olly Olly Oxen Free, an angst-ridden number, closes the impressive record.

Part of the magic of Theatre definitely comes from the music provided by The Grand Theft Orchestra. They undoubtedly aid Palmer in catapulting this record from just being good to absolutely brilliant. But the main thing I look for in any record is that there’s a sense of the artist improving their craft and going all out doing it. Who Killed Amanda Palmer was just the beginning. With Theatre Is Evil, Palmer delivers a record that is even more energetic, loud, raw, poetic, expressive, all at the same time. It will be a truly enjoyable record for any Palmer fan.