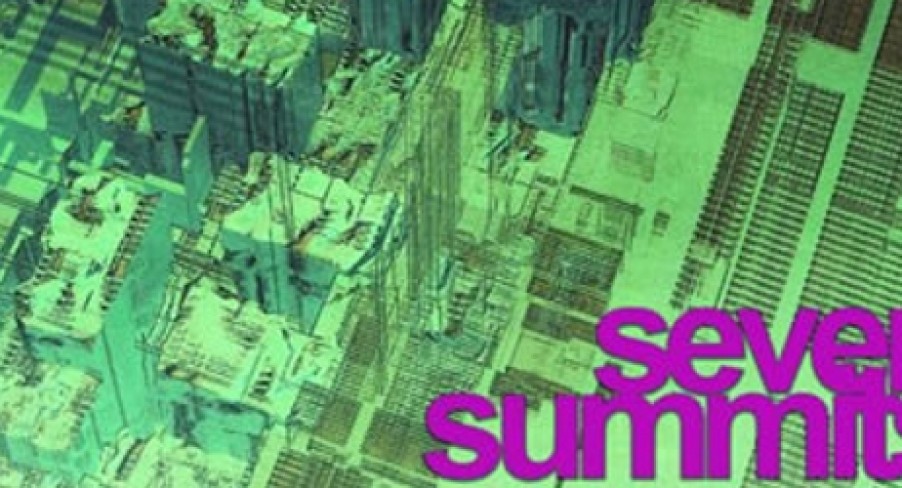 The music scene in Belfast is, at this moment in time, probably the most exciting it’s ever been. There’s an abundance of exciting bands emerging all the time, but few have real staying power. Fewer still have the ability to take a critically lauded yet commercially disappointing first album on the chin and come back with even more gusto. Hats off to Seven Summits, as they’ve done just that.

Opening with the synth-heavy Sooner or Later, their sound takes a very assured leap into the throws of bona fide indie-pop. Well-crafted, and hinting at the likes of Funeral Suits and SixStarHotel, Sooner or Later proves itself the perfect opening.

Slowing somewhat into its second track (and single) The Worrier, the juxtaposition is striking, and a brave move on the part of the band. It perhaps would have made more sense to move to Burning Heart instead, but the change in tone has just about managed to make it that bit more interesting.

Speaking of Burning Heart, the stand-out track, why it isn’t the single I can’t even guess. With glissandos galore and thumping beats the best way I can think to describe it is as a full-steam-ahead awesome kick in the face. With that over, we head into title track Fossils, which is reverb-laden with just the right amount of moodiness.

Party tracks like I Want Somebody, Burning Heart and Sooner or Later stand pretty much head-and-shoulders over the rest in terms of being able to hum along straight away. However, with the introspective musings of The Worrier and O.K., the band has proved themselves as adept all-round songwriters.  The album is tagged “Enjoyable”, and that, friends, is exactly what it is.