It was announced last year that two of the power houses of geekdom Joss Whedon and Warren Ellis would collaborating on a new webseries. But all that was put on hold when Joss took the job as writer/director of the new Avengers movie. But now, Joss wants us to know that they haven’t forgotten about it and it’s still going ahead.

It’s an end-of-the-world webseries called Wastelanders. In a recent interview with Entertainment Weekly, Whedon gave us a little more info on why he wanted to make another webseries. He said, “I really want to make something tiny. You know, get back on the Internet. Just something really home-baked.” It’s not going to be another musical, though. In fact, Whedon promised that it would be entirely different from Dr Horrible stating, “I’ll say this about it… there ain’t no singing. It’s a dark piece.” But you wouldn’t think that a partnership between Joss Whedon and Warren Ellis anything less, right? Ellis describes it as “a funny horrible story about the end of the world”.

Whedon is aware of the financial risks of financing a project like this himself, “I’m just like, ‘Gosh, well, if I’m going to finance this and put it together, it’s kind of dangerous.’ It’s not going to have a soundtrack album, it’s not going to have all these revenue streams. It’s going to be something that I put out there because I feel like I have to, and I don’t have to rely on anybody else to let me.” At the very least, he can expect it to be a big hit. And at the very least, we can expect some dark forces, sharp dialogue, twisty plots and a great deal of Joss’s trademark humour.

I, for one, am incredibly excited to hear this project is still going ahead. With the creative minds of Joss and Ellis combined, we’ve got something very special on the horizon. 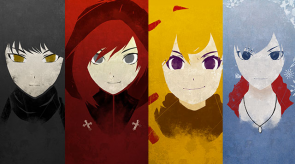