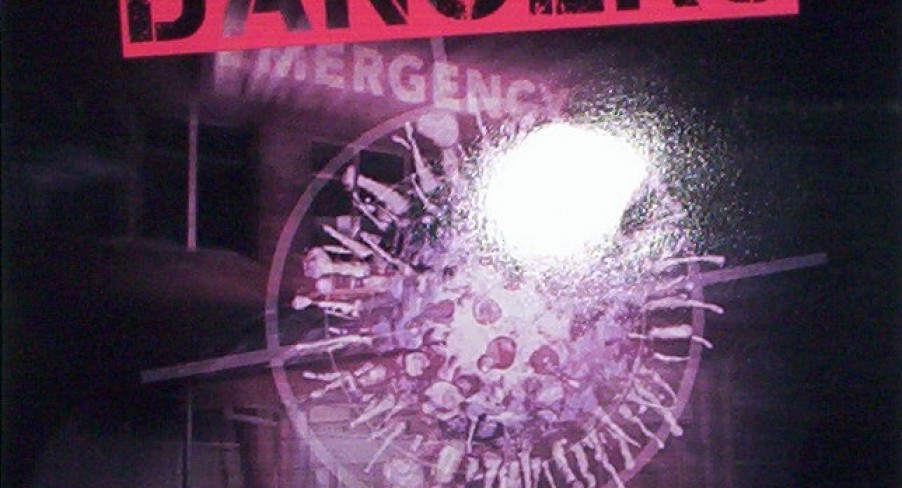 D. W. Hardin’s Hidden and Imminent Dangers presents the reader with a very familiar and therefore very relatable and sinister situation of a global pandemic. A poultry farmer is brought to into the ER with what seems like a ghastly case of the flu, but things take a turn for the worse when Dr Marcus suspects that it may be a rapid spreading and viral case of the H5N1 Avian Flu. With the epicentre of the virus being a poultry farm, its spread is swift and perpetual and it isn’t long until the President is involved and ordering a complete quarantine of the infected area.

The plot is very much character driven and the whole book is filled with wonderful, malicious and dangerous characters that resist and oppose the forward motion of the containment, from the Governor and medical staff to the nasty but compelling story of the cult leader hell bent on using the panic to his benefit.

Hardin uses shorter and shorter chapter breaks to his advantage as the tension and story heightens to its critical apex. The only drawback to this novel is its “American-ness”, but it does not detract from the story that much. It is a complex and engaging read set against the backdrop of beautiful Louisville, Kentucky, this book will shock, frighten, amuse and most certainly have you shed a few tears.

*Pop Cultue Monster read this while he had a cold, suggests you do not do the same as a fair bit of paranoia set in.

Pop Culture Monster also got the chance to interview the author about the book, and talks plot, character and the all important item he’d save if I were eating his house. Can you tell us a little about Hidden and Imminent Dangers?

All writers love to talk about their novels.  The world had a scare with the H1N1 flu recently.  Luckily, it was not a virulent form.  Hidden and Imminent Dangers is about a virulent form of avian flu that has genetically combined with an easily spread common human flu.  It shows how deadly a virulent virus can be causing widespread loss and grief.  There are two main characters.  The first is Mac MacIntosh, an ER nurse and a veteran of Afghanistan.  He still has the “demons” of the Afghan war visiting him.  The second character is a woman medical doctor named Mercato Marcus who is finishing her fellowship in infectious disease.  Dr. Marcus suspects a patient in the ER has a serious infectious flu.  She is hampered by in-house politics.  Then outside politics come into play when federal and state governments clash over jurisdictional disputes.  The disease spreads quickly overwhelming medical and law enforcement agencies in the United States and then spreads globally.  The world suffers a massive death toll.  On top of everything else, other nations decide to take advantage of the United States because of its perceived weakened state.  The novel shows how the human spirit can conquer even the worst situations.  There are a lot of interesting sub-plots in the novel.

I wanted the characters to be real; therefore, I developed them in settings which I know.  I have worked in a class I trauma/teaching hospital in the ER.  Many people think of a nurse in the female gender and a medical doctor in the male gender.  As a male nurse, I interacted daily with many exceptional female doctors.  I reversed the role of perceived conceptions giving the novel an interesting twist.  There’s a host of secondary characters which are very interesting and are vital to the plot.

What character do you most identify with?

Actually there are two characters that I strongly identify with.  Of course the first is Mac MacIntosh.  The second character is Deputy Sheriff Ezekiel Flores because I am a Lieutenant (Reserve) with the Jefferson County Sheriff’s Office.  There is a fellowship in both the law enforcement and medical fields.

How did you go about writing a novel?

I made a schedule for writing as if it were a “job” because I can always find an excuse to do something else rather than write, not that I do not enjoy writing.  I love writing.  Finally, I divided my day into research time and writing time.  To make a novel, such as Hidden and Imminent Dangers, technically correct, it takes a lot of research.  I had a rough outline which quickly became useless.  Finally, I let the plot unfold as I wrote.

What made you decide to start writing?

I have always wanted to write.  I am at the stage in my life where my wife and I decided I should follow my dream of writing a novel.  I am very fortunate to have such a supportive wife.

How much of your writing is drawn from your own life?

Because of my training, much of the technical information comes from personal knowledge.  I used this knowledge to weave the novel’s plot from my imagination.  It’s amazing how many twists and turns a plot can have if you just let you mind run wild.

Which contemporary writers have made an impact on you writing style?

There are three writers that I greatly admire and have influenced my writing.  The first is James A. Michener because of the wealth of information he smoothly incorporates into the story.  The second writer is Tom Clancy because he’s very technical  in such a way that the reader wants to learn more.  The last is W.E.B. Griffin because he is a masterful story teller.

The crime fiction genre is full of stiff competition from the likes of Patricia Cornwell, Michael Connelly and Stieg Larsson to name a few, how do you think you stand out amongst these writers?

That’s a tough question to answer.  I believe that Hidden and Imminent Dangers can hold its own; however, realistically, the question will be answered by the readers.  Ultimately, the readers decide whether a novel is worthy or not.

What is your creative process when it comes to writing?  Do you rigorously plan an outline of a story or do you let your characters shape it?

I started out with an outline.  That plan didn’t work for me.  As the characters developed, the plot unfolded due to each character’s unique story.  It was like a puzzle that became a complete picture at the end of the novel.

If a PopClultureMonster was eating your house, what one thing would you save?

Of course my wife is not a thing, but she’d have to be safe – I’d be lost without her!  From a materialistic viewpoint, there’s nothing I’d have to save.  We’d dust off our clothes (notice I used the plural term for my wife and I) and continue on life’s journey.  Material things are fine and good, but relationships are what are most important to me.

You can find Doug on Twitter @glimmerghost. Hidden and Imminent Dangers is available in paperback and on Kindle from Amazon.

What’s more is Doug has kindly offered to give two copies of Hidden and Imminent Dangers away to two lucky readers. All you have to do is retweet the link @PopCultMonster or “like” it on Facebook. Simple! Please note, this competition is only open to Irish and UK readers.