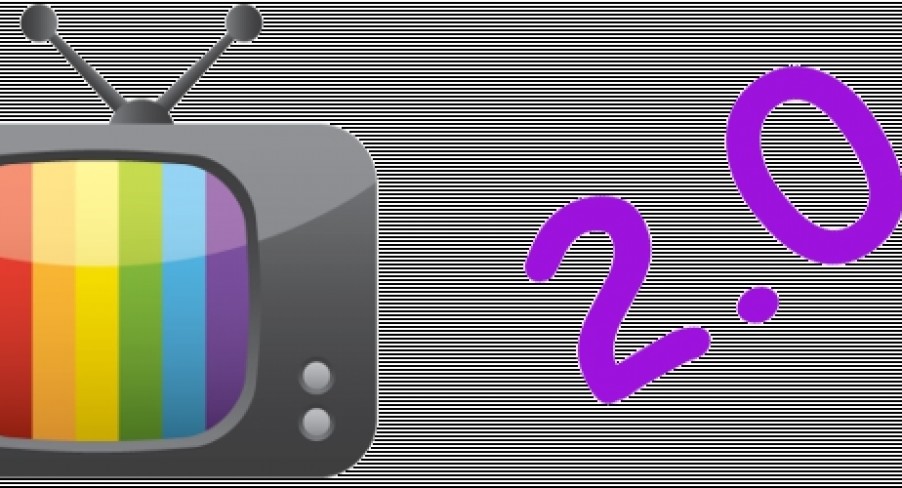 TV 2.0 is a new monthly feature on Pop Culture Monster detailing some of the best web series he can find out there. This month, we have three comedies and an unusual but fantastic live weekly serial. As always, everything here comes with Pop Culture Monster’s bite of approval. Nom nom.

Stupid For Movies is a unlike the other series mentioned here insofar as it’s live and it’s real. It’s a weekly show with live reviews from hosts Mark Keizer and Wade Major who take a comedic, yet professional look at movies. Set against the backdrop of a glorious red curtain, it’s the five cameras and the banter between Keizer and Major mark its defining features. It has all of the latest theatre releases and the regular item “Buy, Rent or Burn” where they recommend DVD’s to do each of the three to. It’s a very funny, very light-hearted and fresh show and what’s more it has a news segment from the wonderful anchor Chad Vader. It is well worth a look, if only for the all encompassing movie knowledge of its hosts and of course the red curtain. It airs every Thursday at 8pm PT, but for us GMTr’s who couldn’t be up at 3am to watch, the back catalogue is ready for viewing on the website and is updated each week. Catch this week’s show and all the rest on the official website. Also, follow the show on Twitter @StupidForMovies.

I accidentally stumbled across this web series, and by God am I glad I did. It really is one of the best looking web series I’ve ever seen. The camera work is flawless and the lighting is sublime. Not only that, but it has some wonderful opening credits. It is essentially a comedy show about a guy and a girl that have just recently broken up, but remain living together. It’s hilarious, awkward, cringe inducing and the sexual tension is rife. Written and Produced by Jason Filiatrault and directed by Grant Harvey, this show is in its infancy, but looks like it has been going for years. The writing is tight, Michelle Morgan and Chris Austman really understand their characters and have wonderful on screen chemistry. Pop Culture Monster cannot stress enough how worthy of a look this series is. Check out the official website or KoldCastTV for episodes. Also, follow the series on Twitter @BunnyHugShow. Unfortunately only 7 episodes of this series have been made so far, and Pop Culture Monster wants to get his claws on more. Nom Nom. This is a fresh (pun intended) series about a couple of guys trying to make it in the online pasty delivery service. Written by and starring Tory Stanton and Scott McCabe, the guys are very funny, awkward and awfully adorkable. From drying laundry in the oven to run-ins with what can only be described as the food mafia this series takes you on a laughter filled trip through the beginnings of a business. There’s a great on-screen rapport with the guys, and the show is filled with both jokes and a lovely bit of slap-stick. Check out the official website or KoldCastTV for all seven episodes of the first season. You can also follow the series on Twitter @CopynPastry. Time travel, Illuminati and zombies oh my! So what happens if the world ended and nobody cared? Well, take a check at this new web series to find out. Hollywood Wasteland tells the story of Jeff and his three unfortunate roommates Chad, Veronica and Chlora. Oblivious to the zombie hoards, nuclear explosions and other frightful events contributing to the end of the world, Jeff struggles to keep a roof over their heads. Luckily he has friend Walter who has been preparing for years, and a beautiful blonde robot woman sent from the future to protect him. The show was created by Matt Newcomb, Ellwyn Kauffman and Caley Bisson. It stars Caley Bisson as Jeff, along with Paul K. Daniel, Diana Gouveia and Paula Rhodes. It is funny, wacky, nerdy and altogether worth a gander. Check it out as it is released monthly on the official website or KoldCastTV. You can also follow the series on Twitter @HWoodWasteland.