Win A Trip to Ibiza with Miller 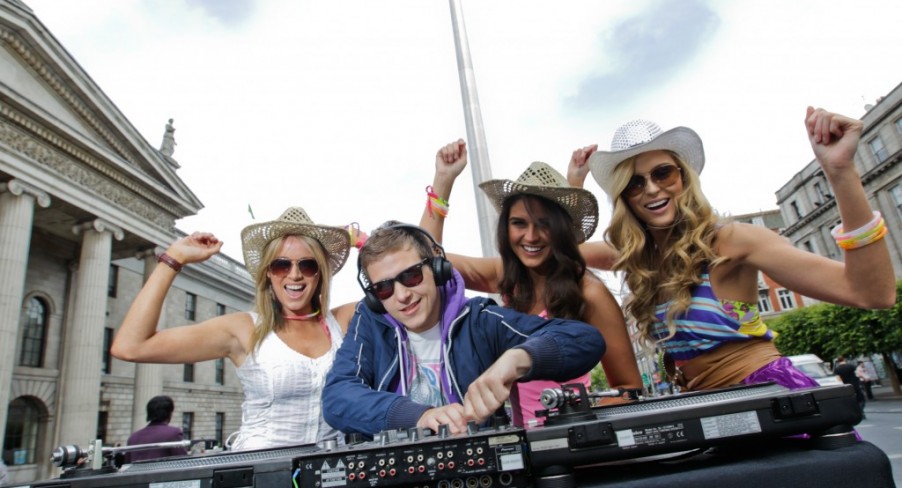 She doesn't come with the prize

After we went to the launch of It’s Miller Time we found out about this seriously cool competition that we just have to let you know about. Firstly, save the first weekend in July in your calendar. Go on, put an X through it and don’t plan ANYTHING for that weekend.

And that’s because Miller Genuine Draft (MGD) are giving 150 of you the chance to win tickets for you and a friend to fly off to Ibiza for the weekend. On Friday 1st of July, 75 bars around Dublin (inc. a few beyond) will be holding a competition whereby you’re flown to Ibiza for 24 hours of fun, and best of all you’re back in time for work on Monday. Even if you’re back with a raging hangover.

Entry into the competition is from 8pm-11pm and within one hour the closing time, the 150 winners will be announced and be told that they will depart Dublin on an Ibiza bound plane the next day. Winners must be able to fly at 12pm the following day and bring their passport details on the night. You’ll get flights, accommodation (with brekkie and dinner), hotel transfers and entry to one of the most exclusive clubs in the Med, Es Paradis Club.

Prize details are as follows:

1. Open to ROI residents, holding an ROI or other EU member state passport, aged 18 or over in participating bars, excluding employees of Richmond Marketing, their immediate families, their agents or anyone professionally associated with this promotion.

3. Only one entry per person.

4. In each participating bar, there is one prize of return economy tickets for the winner and a guest on a special Miller flight from Dublin to Ibiza, one night’s accommodation in a 3 star hotel (sharing, including a meal on arrival and breakfast), hotel transfers and entry into a top night club. Flight departs at noon on the 2nd of July 2011 and returns 3rd of July 2011 at approx 4.35pm. Travel insurance is included. No alternative dates or cash alternative will be offered.

5. One winner per bar will be selected in a random draw from all valid entries answering the competition question correctly, selected under the supervision of an independent observer and the winner will be announced at 11.00pm.

6. Transport to and from Dublin airport and all other personal expenses, such as meals and local travel not specified are not included.

7. W inner and guest will be required to provide proof of age and passport details by 11.30 pm to validate their prize claim.

8. Obtain a copy of full terms and conditions from bar staff, by calling 01 631690 or on Facebook.com/ItsMillerTime

9. This promotion is in no way sponsored, endorsed or administered by, or associated with, Facebook. Any information you provide is to Richmond Marketing and not to Facebook and will only be used for the administration of the Miller Genuine Draft Ibiza promotion. All entrants agree to release Facebook from any liability arising from this promotion.