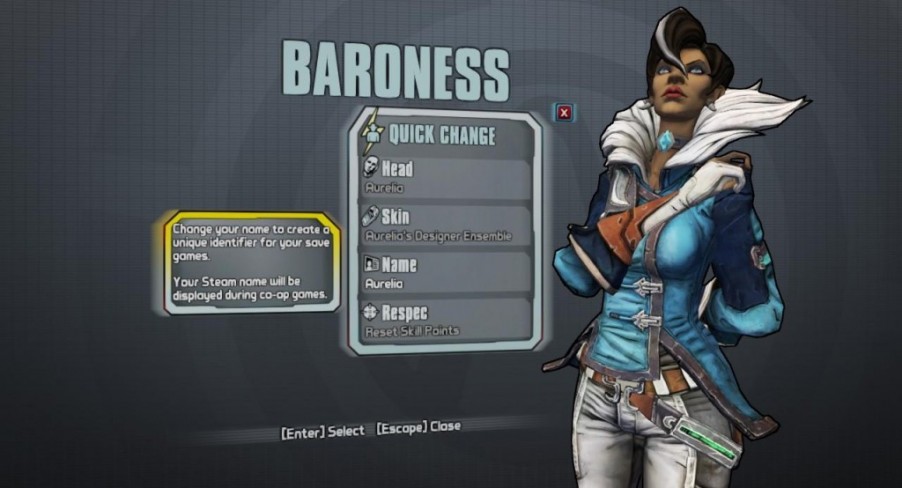 Borderlands: The Pre-Sequel has arrived, and I have to say it’s absolutely awesome. For the most part, they haven’t really changed anything from Borderlands 2, which for me is a great thing. I mean, I played Borderlands 2 and its DLC for 2 years without getting bored of it. Although, come to think of it, the bouncing and enemy spawning for me has been pretty bad, as they come in weirdly grouped waves and come from every angle (including above, now that we’re in space) and when you think the fight’s over, it definitely isn’t. But mostly they’ve added to the gameplay with a new world, four new playable characters, new physics, new vehicles, and new elemental damage. And come on, who doesn’t love/hate Claptrap. He’s even MORE annoying to play with/have on your team.

Speaking of new playable characters, according to a modder (user TechnoJacker on the Se7enSins forums) a fifth character possibly now exists in the game’s code following a Steam beta update for the PC version of the game. The image posted shows a new character by the name of Baroness, but we know little about her other than that.

While hidden until you purchase the DLC, it’s possible to force the game to play as her with some tinkering.

The Se7enSins forum user hasn’t revealed what kind of tinkering s/he used in order to force the game to play as her, nor has s/he revealed anything about her gameplay. We already know that at least one more character is on the way with DLC for The Pre-Sequel, as the season pass explains that it will add “more characters, challenges, and missions.” These packs are available separately, though.

I guess we’ll have to wait and see if Gearbox/2K confirm her as a character, or TechnoJacker releases any more information.