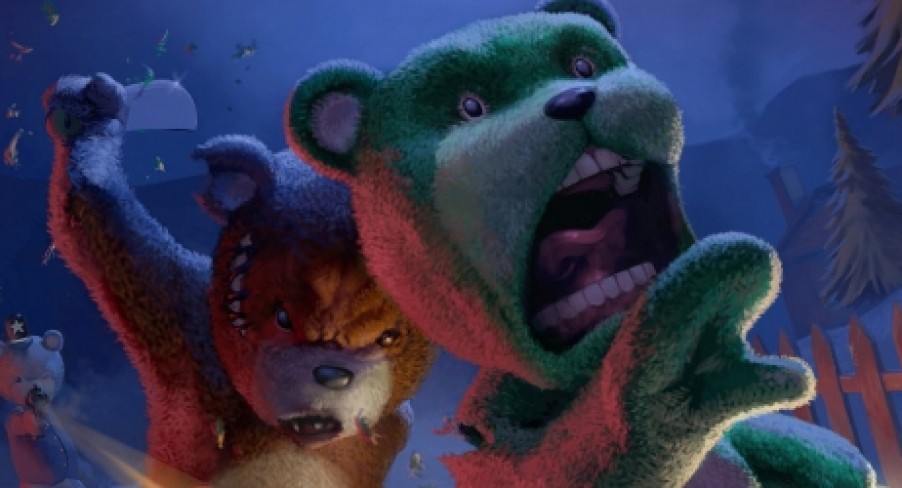 Naughty Bear tells the story of a bear constantly left out and persecuted by the other residents of Perfection Island, so naturally he does what any self-respecting teddy bear would do; he goes on a killing spree.

Much of the games’ impact is in the initial shock of watching a teddy bear paint the island white with the stuffing of its inhabitants, but does the game hold up after the shock has worn off?

The game itself spans only seven levels, but each one comes with four challenge modes, in which the player attempts to kill all of the bears in a certain amount of time, drive them insane or kill them without being seen etc. As a result, the format is only appealing for the obsessive amongst us who want every achievement/trophy and every Platinum Naughty Cup. Casual gamers will find the concept and the gameplay quite thin and will grow bored of it quite quickly. That being said, it might not hurt to have in your collection so you can drag it out for 20 minutes when you’ve had a bad day.

Overall the gameplay is reminiscent of a pastel Metal Gear Solid, with the player lurking stealthily, waiting for the ideal moment to strike. The deaths are both inventive and cringe worthy; ranging from car-door head traumas to disco disasters. All of which takes place in a gorgeous and vibrant storybook environment.

Overall, Naughty Bear is a bit thin on the ground, but from the outset the producers are putting heavy emphasis on the online play and downloadable content. While the game is not exactly Halo, it does hold great multiplayer appeal and we may soon see Naughty Bear tournaments popping up here and there. As for the DLC, PopCultureMonster would like to see it being delivered on a large scale for a low price in order to make the game everything it could be. While it won’t exactly change the face of gaming as we know it, Naughty Bear provides some solid entertainment and some uncomfortable laughs and, if you’re not the repeat-ad-nauseum sort of gamer, is definitely worth renting.