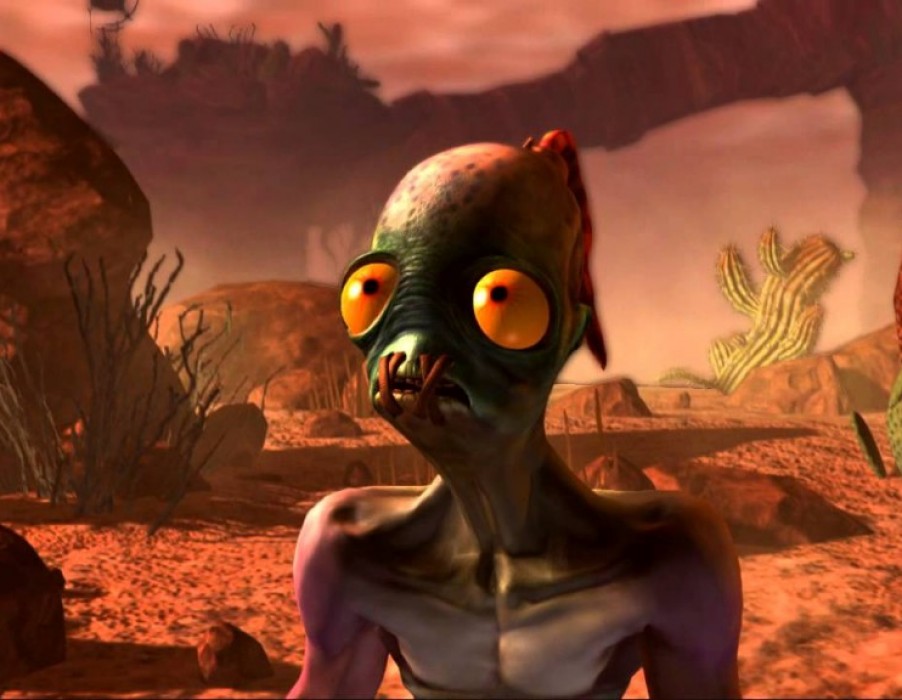 Oddworld: New ‘N’ Tasty is the latest in what seems to be a trend of HD remakes, for anyone not familiar with the series, this one being a remake of the 1997 classic side scroller Oddworld: Abe’s Oddysee. Currently the game is only available on Playstation 4 but has been slated for release later this year on PlayStation 3, PlayStation Vita, Windows OS, Xbox One, OS X, Wii U and, surprisingly, even Linux.

Right from the initial launch of the game we see the same, familiar opening sequence. But now it has been rendered in beautiful 1080p, along with the rest of the game. It has not been up-scaled, but rather rebuilt from scratch with 3D rendered characters, landscapes and backgrounds and textures to match. Thanks to the new camera that follows Abe seamlessly we get a view of Oddworld that we have not seen to date, with exquisite audio to complement it.

Oddworld: New ‘N’ Tasty follows a Murdockon slave worker, by the name of Abe, who is born into captivity with his brethren to work at RuptureFarms, Oddworld’s largest meat processing company. Abe is working as a top notch floor cleaner (Employee of the Year!) until he stumbles across an advert for RuptureFarms’s latest product, which has an unsettling… secret ingredient. Thus begins Abe’s escape from RuptureFarms and mission to save his fellow Murdockons.

New ‘N’ Tasty stays pretty true to the original, with the familiar enemies, especially the Sligs, that resemble some evolved form of a facehugger from the Alien franchise. The same puzzles and the humour of the game, that made me fall in love back in the ’90s, are matched with emotions and expressions from the bug eyed face that is Abe.

The game isn’t always charming or pretty either, with more than enough gore (it is a meat processing plant after all); and only in Oddworld can you possess your own fart and use it as a distraction,.

There have been some tweaks to the gameplay, such as a quicksave on the touchpad and additional checkpoints. The latter being an extremely welcome addition, as there was nothing worse than having to replay a whole section due to messing up on one small part because of the awkward controls. This brings me to the only, buy nonetheless large, issue with the game: the controls. They are awkward and clunky at times, which is something the developers really should have improved on.

This is not just a welcome remake, but also a revival of the Oddworld series, given that Lorne Lanning left the games industry after his experience making following the release of Stranger’s Wrath in 2005.

The creators of Oddworld: New ‘N’ Tasty have announced that they need to sell $500,000 worth of the game in order to make a new, original Oddworld. I for one hope that they reach that goal, and Oddworld Inhabitants fulfill their dream of making a franchise similar to that of Henson Studios.

Oddworld: New and Tasty is currently available on the Playstation Store for €20.99, which is well worth the money in this reviewer’s humble opinion. There’s plenty of replayability, plus you’ll be helping fund the future of Oddworld!