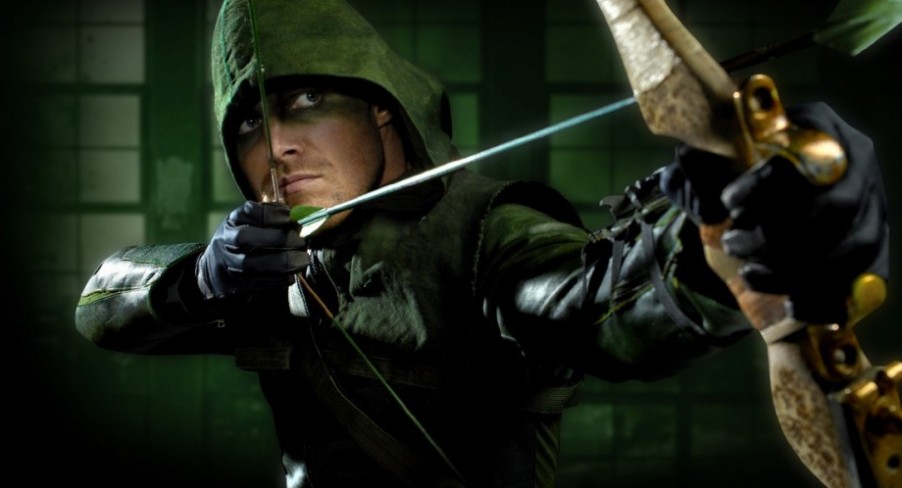 This article contains spoilers for Arrow season 3. If you don’t want anything spoiled then leave now or forever hold your peace. Go on now… You gone…? Okay we’re good.

In case you didn’t know, or have been living under a rock or in some sort of internetless wasteland for the past 5 days, over in San Diego there’s been kinda a big convention going on. One of the bigger announcements out of DC Entertainment and Warner Bros. that’s flown under the radar a little is the announcement of the big bad villain that Team Arrow will have to face this Autumn when the show returns for its third season. Although (for some reason) not revealed at the Arrow panel itself, a new version of the trailer shown at that panel was released during the “Warner Bros. Television presents A Night of DC Entertainment” panel, the very end of which contains the spoilerific (if not a little predictable) reveal of the show’s new big bad guy. And boy is it a doozie!

Spoilers from this point on!

So, Team Arrow (which includes the newly revealed Arsenal and will possibly at some point maybe include the Atom) will be going toe to toe with classic Batman baddy Ra’s Al Ghul. Ra’s other major media depiction outside comic books was in the 2011 game Batman: Arkham City and the 2005 Christopher Nolan film, Batman Begins, and while the movie was pretty good it wasn’t exactly the most accurate-to-the-source take on the villain. Fingers crossed Guggenheim and co. won’t shy away from the characters admittedly weird origins. Ra’s in the comics is a centuries old assassin type who always comes back from the dead because of his Lazarus pits. He generally hassles Batman and most recently played a part in the Batman & Robin storyline ‘The Search For Damian Wayne’ in which Ra’s steals Batman’s dead son’s body. If the version of Ra’s in the show is half as ruthless as that in the comics, Team Arrow are gonna be in for one rough ride next year.

Arrow returns on October 8th over in the States but God knows when it’ll be back over the other side of the Atlantic. Check out the trailer, voice over and all, below.