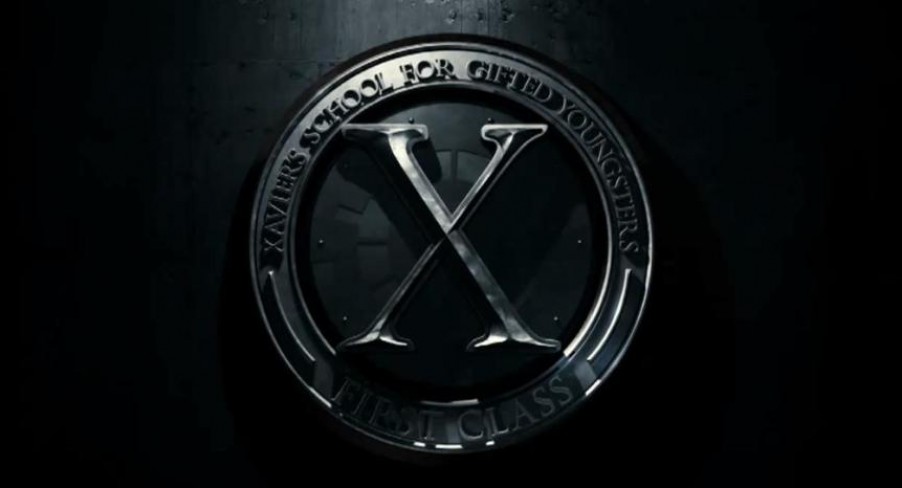 We’ve been subjected to as many bad X-Men movies as good ones. And when they’re bad, they awful. So with this kind-of-reboot, kind-of-spin-off, kind-of-prequel, I wasn’t so much expecting it to be good as expecting it to be better than X-Men Origins: Wolverine. I’ve rarely seen people leave a cinema before the end of a film, but people who paid good money to go see this particular film actually left. That will let you know how deeply horrible it was. I was going to write a review, but I’d rather write the 10 (main) things I hate about the movie.

When it was only in its filming and post-production stages, we were told both Moira MacTaggart and Emma Frost were being Americanised for the purpose of this film. Fans everywhere had many a “WTF?” moment, but they said “oh well, we’re putting our faith in you to pull it off.” Having seen the film, there’s absolutely no reason whatsoever that either should ever have been Americanised in the first place save maybe lazy, inaccurate casting. I fail to see that even if January Jones (Emma) and Rose Byrne (Moira) couldn’t pull off a convincing English or Scottish accent would be reason enough to screw with these characters. Furthermore, Michael Fassbender, who consequently makes a fantastic Magneto and is the best thing about the movie itself, had problems keeping his accent going. His German is perfect, obviously and for the most part his American accent is too. However, near the very end of the movie there’s a shift in his accent. He suddenly and inexplicably becomes Irish. It’s as if Fassbender didn’t try and hide his Kerry upbringing and nobody particularly cared or noticed. His accent shift marks one of the funniest moments in the movie.

The white Ushanka and hooker boots the wardrobe department decided to put Ms Emma Frost in? I know she’s the White Queen. Seriously, though… This? 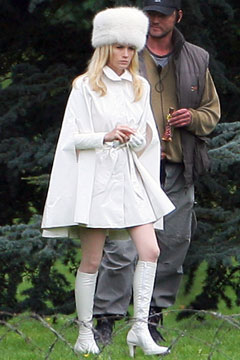 This is something Emma Frost wouldn’t be caught dead wearing, darling. And speaking of darling, she completely lost her sense of humour, biting dialogue and over-use of the word “darling”. So not only did they dress her like a cheap Russian prostitute, they also made her boring and lifeless. And it’s not as if it’s difficult to get her right: Mid-Atlantic accent and mean. Simple.

Emma Frost, Professor X and Magneto are depicted as roughly the same age give or take. We all know about Marvel’s sliding timescale however, if the last 20 years of X-Men are to be believed, she’s even younger than the original four students. So, in the present day she’s roughly 28 instead of 60+ as this movie would suggest.

Firstly, Havok is present. For those of you who don’t know, Havok is Cyclops’s younger brother. I *think* it’s a little far stretched to have Havok but no Cyclops. Secondly, Mystique’s age is a debatable topic in the first place. But it’s quite established that she was an adult in and around the 1920s and ’30s. This movie puts her as a child at the time when Xavier was only a wee boy himself. Thirdly, Angel Salvadore is present. Even though Angel Salvadore didn’t exist until Grant Morrison’s run of New X-Men in 2001.

4. The Script of Many Languages:

Throughout the film we’re subjected to no less than five languages. German, English, French, Spanish and Russian. In that order. It feels like the whole thing was filtered through Google translate a couple of hundred times, vomited onto a few of pages and called a “script”. And what’s more, Kevin Bacon (Sebastian Shaw) speaking German is one of the most offensive sounds my ears have ever been exposed to.

One of the Marauders, Riptide has the ability to spin his body really fast creating a sort of vacuum-type suction. However, in the movie he’s depicted as a sort of Man-Storm with the apparent ability to create whirlwinds from his hands. He’s also a mute. He literally doesn’t say a single thing. Not an utterance. And the actor seems completely apathetic about it all. So not only does he not speak, he barely acts. He’s used more as a human prop than a character. Lame-arama.

6. The Part Where Nein Goes On Far Too Long And Other Horrible Things:

Banshee, despite being one of the least annoying things about the film, acted mostly with his jaw. And when he was merely standing in the shot, he acted with his eyebrows. It’s severly off-putting to see an actor literally jut their jaw out like hippo when they’re saying lines only to return to a more human-looking form when they’re finished.

I’ve literally never wished so hard for a movie to end. At one point, about an hour before the end the pace seemed to indicate that the movie was drawing to a close. But it didn’t. No, it droned on and on. It’s two hours 10 minutes in length. And it outstays its welcome by about two hours. The story is laughably bad at times and the pacing is clunky. Add to that a horribly cheesy script with cringe-worthy lines and you’ve got me wanting to rage quit. And I never rage quit.

The ending is cheese-tastic and, once, hilarious. It sets-up a sequel, but we knew that was coming. In fact the whole movie does nothing but set-up a sequel. The only good part about the ending is when Magneto asks Emma to fill his gap.

10. What Just Happened In This Movie?:

Nothing. Nothing effing-well happened. And that’s one of the main effing problems with it.