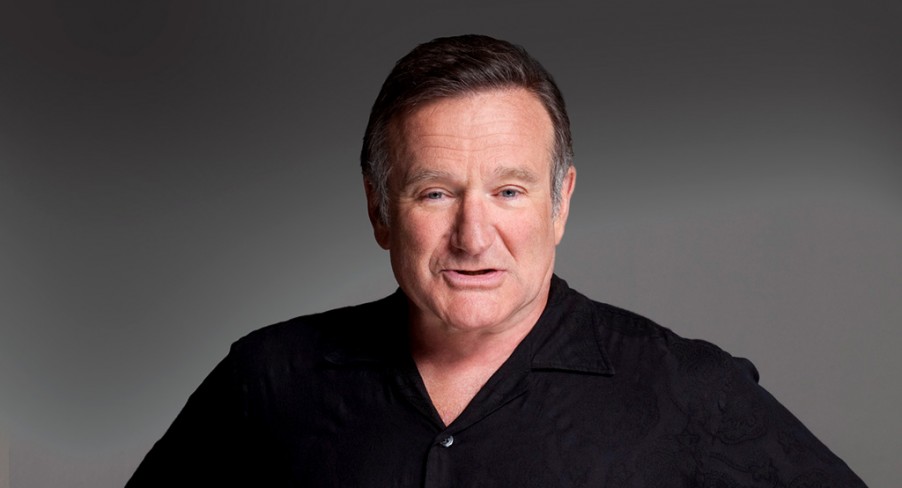 Robin Williams was an icon. A true pop culture monster.

Since the news of Williams’s death last night I’ve noticed a few of my friends recalling cinema memories of Mrs. Doubtfire. For me, the first cinema trip I remember was to see Aladdin. It wasn’t my first time at the cinema; I was already familiar with cinema-going. This trip just happened to to be the first one to crystallise firmly in my memory. Similarly, it wasn’t my first introduction to Robin Williams. He’d already somehow woven himself into the background fabric of my life. Williams was just an integral part of the world as I understood it, even at five. Before I even had a concept of the line between actors and characters, I had Robin Williams carved in my psyche. I remember watching reruns of Mork and Mindy in my pyjamas; it was one of the first shows I paid attention to the broadcast schedule of, so I would never miss a showing. By the time Mrs. Doubtfire came about, I was already familiar enough with Williams that his presence on the posters made me want to go see it.

Williams was so much a part of the landscape, but that doesn’t mean he just blended in. Williams standing out from the crowd was part of his basic presence. Just thinking about him now I’m struck by how many of his films stick so clearly in my memory. There’s the movie I remember my aunt renting for us when she babysat, Toys. I loved that movie at the time, and got very overexcited when I caught it on TV recently. I remember pulling out the video of Fern Gully almost every other Saturday morning for a while. I remember getting teased when I had nightmares about Jumanji, even though the film didn’t actually scare me as I watched it. I remember an adult Peter Pan finally remembering his childhood in Hook. And now I’m sitting here with my own childhood washing over me and realising just how much a part of it Robin Williams was.

Then there was the juxtaposition between Patch Adams and Awakenings, both seeing Williams in medical roles, my sister loved the drama one, I loved the comedy one. Actually my sister introduced me to a lot of Williams drama roles, Good Morning, Vietnam, Dead Poets Society. . .

Not that I didn’t enjoy Williams in his drama roles. He truly deserved his Oscar for Good Will Hunting, but he was also fantastic in a number of underrated films. Like One Hour Photo, the friendliness and warmth of Williams folded perfectly into the psychotic loner he played there. And then there’s one of the most underrated films of all time, Bicentennial Man. Much derided, but I genuinely consider it one of the greatest films ever made.

To many, Williams’s style did get quite old. He was mocked and impersonated and caricatured. It’s extremely unfortunate that in his return to television in The Crazy Ones, he was reduced to playing a parody of himself. I’ve listened to a lot of bashing of Williams, calling him out as something of a one trick pony, easily impersonated. On some level being that easy to impersonate is a sign of sameness. But it can also be a sign of uniqueness, and unique is an extremely difficult thing to bring into a career as diverse as Robin Williams has had. He hammered out a style such that his roles became something impossible for anyone else to emulate without immediately drawing unfavourable comparisons. He built himself a persona such that a whole new subgenre of film needed to be developed because executives saw that the world needed Robin Williams vehicles. He was a great star to latch on to, making his roles instantly memorable.

These films are all part of the popculture landscape, with Williams’s head Mount Rushmore’d upon them all.

My favourite Williams story is from when he was recording for Aladdin. At the same time Steven Spielberg was shooting Schindler’s List, a shoot which could inevitably get quite depressing, so Spielberg would occasionally give Williams a call and ask him to improv some comedy to cheer up his cast and crew. Many of those improvisations made it into the final cut of Aladdin.

Who can we call on to cheer us up now?