Scott Pilgrim vs. The World Review 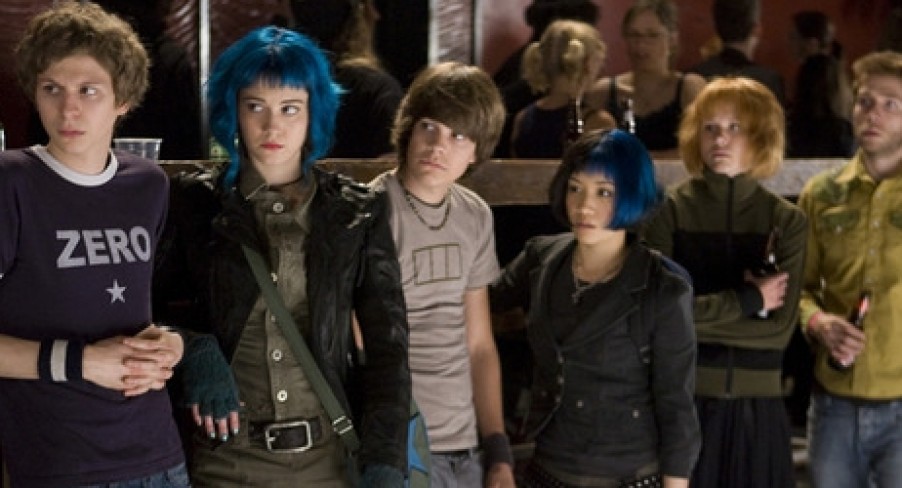 For months the internet has been all abuzz about the geek event of the century; Scott Pilgrim vs. The World. The movie – helmed by Edgar Wright and starring Michael Cera – had some monster sized-boots to fill to do justice to Bryan Lee O’Malley’s monochrome masterpiece. Has the movie lived up to the hype? Last night, Pop Culture Monster made his way to the Irish Premiere to rub shoulders with those responsible and pass his monstrous purple judgement on the finished product.

From the moment the movie’s customised Universal logo rolled, we knew we were in for something very special, but could not have anticipated quite what was to follow. Scott Pilgrim vs. The World should never have been made. It is the bravest film Pop Culture Monster has seen in quite some time. How any studio allowed Wright to reproduce the comic almost verbatim we will never know, but we are eternally grateful to Universal for allowing the film to stay so faithful to its source material. The film is less a film than a living, vibrant comic. As such it risks alienating such a large percentage of its uninitiated audience, but once it grabs you it refuses to let go. The film follows Scott Pilgrim in his quest to defeat Ramona Flowers’s League of Evil Exes; only then can the two date in peace. With the help of his roommate, his band and his inexplicable super powers, Scott fights for the girl of his dreams (literally). The course of true love never did run smooth and this is no exception, with more than a few curve balls thrown.

Cera is  ideally suited to the eponymous Scott. He  provides an accessible everyman from the outset. Combining pure cool with geek not-so-chic, he is immediately lovable and anchors us in the film’s frantic and explosive world. It’s impossible not to root for him as he battles his way through the exes. Mary Elizabeth Winstead is the girl that it’s all about and she leaves us no question as to why. Her performance as the aloof and mysterious Ramona is dead on. Jason Schwartzman is perfectly diabolical as Gideon, rubbing his hands with wicked glee. However, the two stand-out performances of the movie come from Anna Kendrick as Scott’s sister Stacy and Kieran Culkin as Wallace Wells, both of whom shine in an already glowing cast.

Scott Pilgrim vs. The World is obviously a labour of love for Edgar Wright who stated before the screening the he has spent the past 5 years working on the project and it shows. He has fully realised the spirit of the books and given it a strong, distinct  style that sets it apart from every other comic book movie to date.

The film is sure to appeal both to die hard fans (regardless of changes and omissions) and to the uninitiated. If you see one movie for the rest of the year, make it Scott Pilgrim vs. The World.