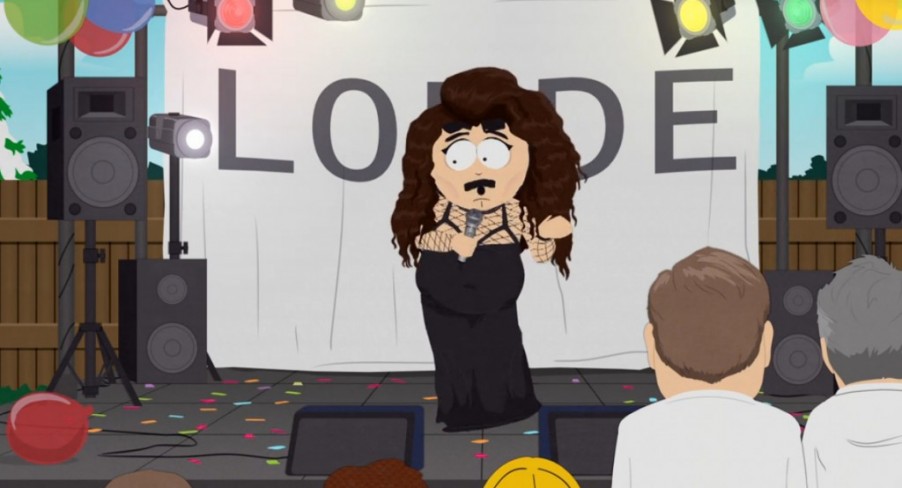 After the first appearance of Randy Marsh (Stan’s dad) as Lorde, Spin, the music magazine not the radio statio, writer Brennan Carley wrote an article entitled “South Park Thinks a Middle-Aged Man Can Pass as Lorde”, blasting the show. This, of course, was a terrible/hilarious mistake on his part because he became fodder for their next episode in which a Spin reporter (named Brandon Carlile) discovers that Randy Marsh is Lorde! Following this episode’s airing, Spin bit back and published “South Park Makes Fun of Overly Sensitive Music Publication”, concluding,

Anytime Trey Parker and Matt Stone want to release a full-length version of not-Lorde’s ‘Feeling Good on a Wednesday,’ we’d be happy to premiere it on our site.

Good job, Spin, because now we have the actual full-length version, and it’s hilarious and catchy of course. Because remember these guys have a slew of Tony Awards to their name for The Book of Mormon, aka the funniest show since Avenue Q (whose composer also co-wrote The Book of Mormon AND Frozen). Listen below or download straight away from here.