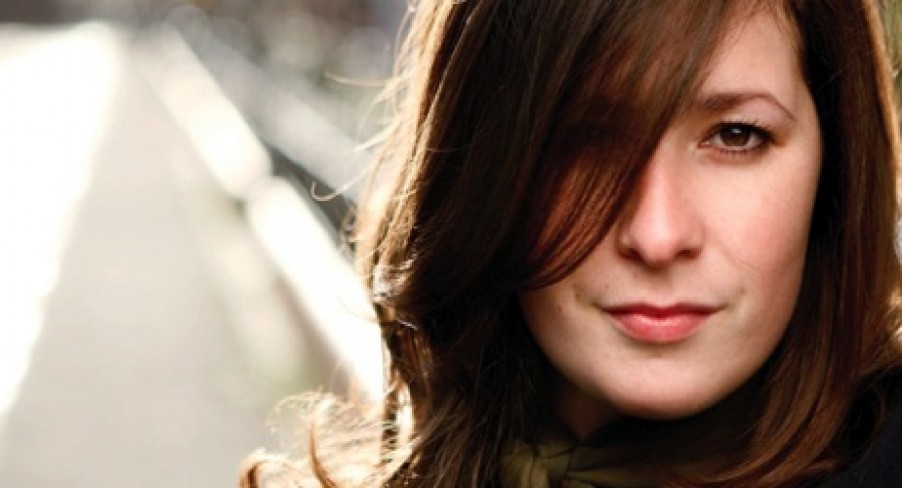 Kate Walsh is one of the most interesting singer-songwriters of the last few years, so when I was faced with an album of cover versions, I was less than ecstatic. However, Pop Culture Monster must admit, Peppermint Radio, is a very nice 4th album from the Essex born lass.

Not only is this an album of covers, it is a sort of concept covers album. Peppermint Radio was the name of her radio station as a child, and she covers the songs she would have played back then. All of the covers are from British bands: Radiohead, Blur, Duran Duran. There all there. Along with a few surprises, like Prefab Sprout and The Sundays. It’s these choices, along with her sublime voice that make this record stand out.

A classically trained pianist who never believed she’d make it as a singer-songwriter, Kate is known for having released a self published album, Tim’s House, back in 2007 which, outselling Take That, topped the UK iTunes chart. There’s something a bit Joanna Newsom, Joni Mitchell and Tori Amos about her. That’s to say there’s something a bit non-commercial and a bit too talented about her. Pop Culture Monster loves the tracks Save A Prayer, Unbelievable, Feeling Oblivion and When Love Breaks Down. The EMF cover Unbelievable is fantastic and Kate has changed almost everything about it, except the lyrics so it renders it feeling like a dichotomy of familiar and yet unknown. Save A Prayer gets a complete reworking, and the song builds nicely from a soft lulling to a crescendo of handclaps and beautiful harmony. Actually, we’re very fond of them all, apart from the already very successfully covered, lead single and Erasure cover, A Little Respect. It’s not that her version is terrible, it’s just not as great as the others and there’s a few dodgy bits to the vocal arrangements and it’s slowed down that little bit too much, so it’s probably not the best way to sell the album as a whole. It is an ambitious album and, fortunately, it has worked in her favour. If it weren’t for her undeniable musicality, it could have gone very, very wrong.

Peppermint Radio comes with Pop Culture Monster’s bite of approval, so you can be guaranteed something good. Her voice resonates with a folk quality that doesn’t scream tortured artist at you, there’s still a real sweetness about it. Her musicianship is undeniable and her obvious business head all tell Pop Culture Monster that this young woman will be here for many more years to come.