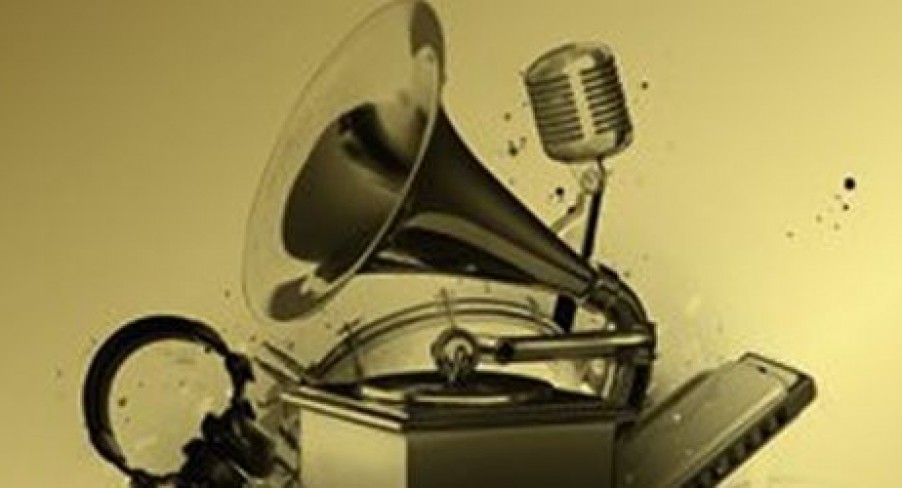 The Grammys have announced that along with Arcade Fire, Eminem, Cee Lo Green, Lady Gaga and Miranda Lambert performers for the 53rd Grammy Awards will also include Justin Bieber, Usher with Jaden Smith, B.o.B, Bruno Mars, Janelle Monáe, Lady Antebellum and Muse. We look forward to some of these performances, others less so. The awards will take place on Sunday February 13.

Flats are releasing their new single Never Again with Sweat Shop Records and One Little Indian on March 14. The track is the band’s 3rd single and is released on 7″ vinyl and digital download. The band were featured at last year’s NME Radar Tour along with The Joy Formidable and Chapel Club and are now heading off on their own headline tour starting March 2. All details of the UK only dates (sad face) are available on their MySpace.

Italian electro-punk super-remixer duo The Bloody Beetroots release their new album Best of… Remixes on Feb 11. The album collects 18 of their best remixes in one tidy CD. If you want your club anthems album of the year, you can’t go wrong with this as it boasts now classic remixes of the likes of The Chemical Brothers, Tiga,  MSTRKRFT and Robyn. The digital download pack contains an extra 5 tracks.

Super Furry Animals‘ front man Gruff Rhys is releasing a new solo album entitled Hotel Shampoo on February 11. This is the main man’s 3rd solo album to date, and also his most fully realised. The album takes its name from “Gruff’s extensive collection of mini shampoo bottles and complimentary hotel products acquired whilst touring the world.” Gruff released the album’s opening track Shark Ridden Waters earlier this year on 12″ and free download. Have a listen to the track below.

Benjamin Francis Leftwich’s Pictures EP will be released on March 7 through Dirty Hit. Like his debut, the EP is produced by Ian Grimble (Mumford & Sons, Manic Street Preachers) It boasts four tracks from the man including the wonderfully elegant Sophie. Pictures has just been named The Hottest Track in the World by Zane Lowe on BBC Radio 1.