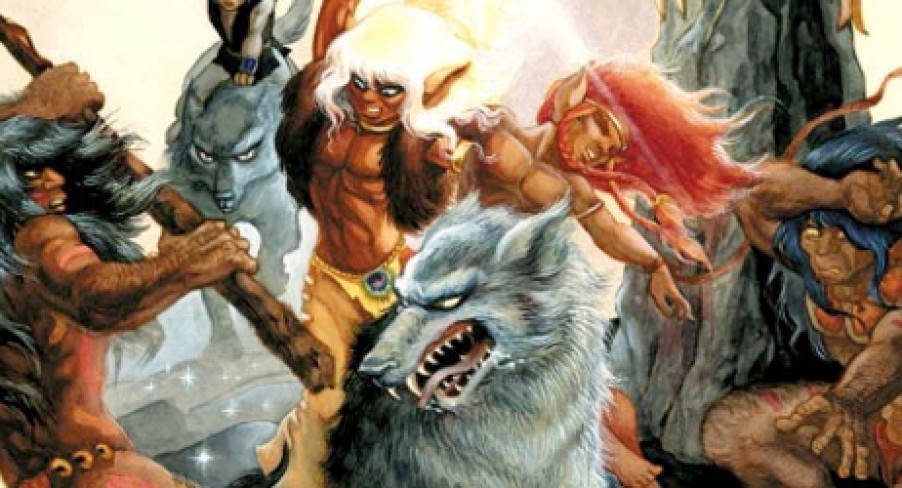 In 1978, Wendy and Richard Pini started publishing the multi-award winning cult-favourite Fantasy graphic novel series ElfQuest. The series has spawned multiple adaptations with a tabletop RPG, an almost transpired animated series, and an as yet unreleased Warner Bros feature film. In 2010, Stephanie Thorpe and Paula Rhodes hashed out a plan to make a fan film trailer via a Twitter conversation which ultimately lead to an IndieGoGo campaign to raise the funds through crowd sourcing. The project has been extremely well received by fans of the series and, perhaps most importantly, by the Pini’s. They even donated original artwork and personal phone calls as VIP perks to those who donated at the according level.

When this project first went up for funding on IndieGoGo, it took only a week to reach their funding goal of $5,000 and they reached just over $2,000 dollars above their goal in the time it was online. The project boasts not only back from the original creators of the novels, but also from some of the most recognisable faces on the web. The creators have managed to successfully cast the roles absolutely perfectly. It really is some of the most impressive casting we’ve ever seen. Everyone looks like their character! And now that it’s come to the making of the project, the creators have run into higher quotes on post-production costs. Thus, they’re once again looking for you to help. They’re raising again via an IndieGoGo campaign, and no amount is too little. Anything you can donate will help bring this project to light. If you can’t donate any money, how about donating a couple of seconds of your time to post a link to the campaign itself or even this article on your Twitter or Facebook? A simple “like” or retweet will do. If you’re going to Tweet about the campaign, make sure you use the #elfquest hashtag so Stephanie and Paula know you helped.