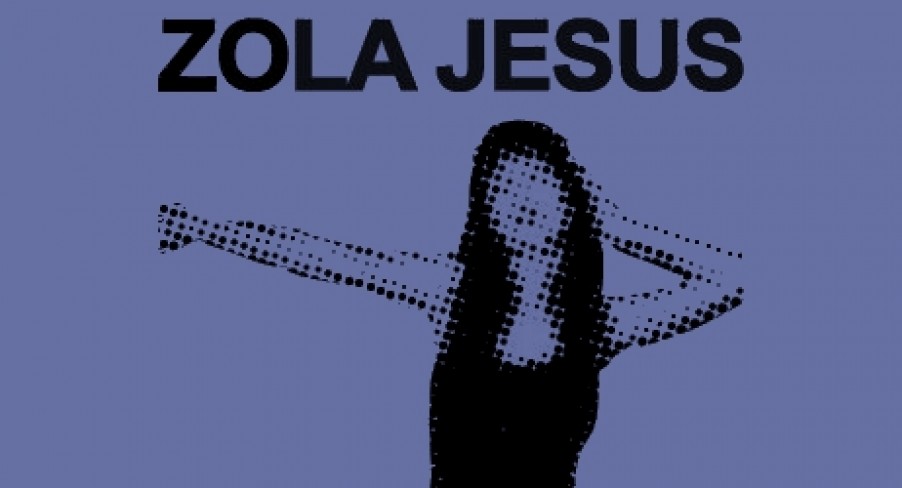 Brooding, sullen and little heavy, Zola Jesus creates a real darkness with her music. It immerses you in a creepy, enclosed world where the vocal of Nika Roza Danilova reigns supreme. Heavily indebted to the works of Ian Curtis, Talking Heads and the Residents, her childhood opera vocal training is merged with a dank, post-punk, industrial base and philosophical studies to create what is, at times, a rather uncomfortable mix. It is, however, very powerful and certainly unique.

Comparisons to Florence & the Machine are a little wide of the mark, though it does give an indication of the power of the vocal. Add a hint of Siouxsie Sioux and you’re getting somewhere. The sound is not overly complex – the backing tracks and lyrics are often rather simplistic, thus ensuring that Danilova’s voice is in control. It is captivating and haunting, uncompromising in its darkness, but ultimately a little bland.

Night has the feeling that it is building steadily toward a big climax, though this never arrives. For close to four minutes, the track hints at soaring strings and heavy drums only to ebb slowly into nothing. Night, however, simply feels as though it is missing something. An impressive vocal aside, it offers very little and simply feels a little tiresome as it winds down. I Can’t Stand, on the other hand, is a far superior song. More uplifting and upbeat, the vocal feels more assured and comfortable on this number. The backing track is similar: steady drum machine rhythm and subdued orchestral sounds, though this time the suggested climax is embraced rather than ignored as a flurry of symbol crashes take control.

However, it seems that I Can’t Stand is the exception rather than the rule. Trust Me and Somebody to Love are a return to the drab intensity of Night. Trust Me clocks in at just two minutes and is buoyed a little by a very 80s sounding synthesizer, whereas the latter is a near six minute experiment that gradually descends into incomprehensible warbling and abstract instrumentation.

Much hyped by the likes of Pitchfork and Stereogum, Zola Jesus is much less impressive than many of the other emerging female artists doing the rounds currently. Vocally she is impressive, but the tracks on her MySpace lack the creativity and edge to suggest she is capable of creating a worthy sound.