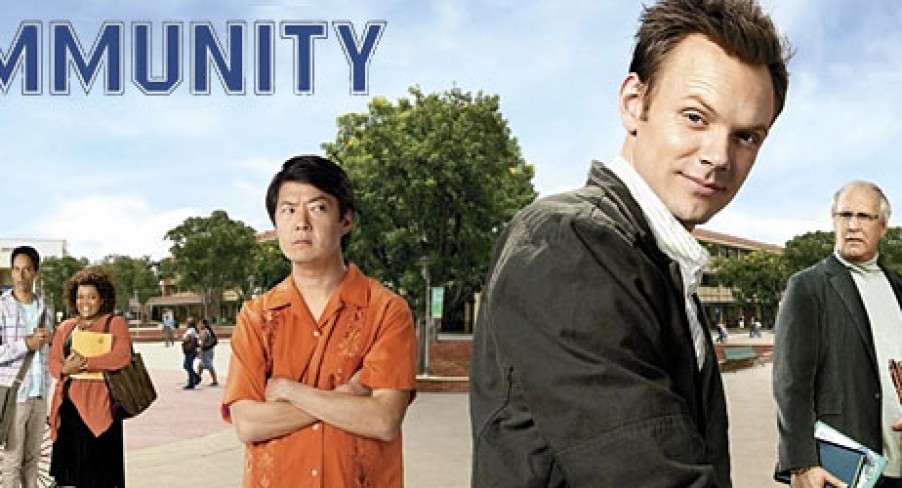 As we all probably know, Dan Harmon, creator of the cult TV hit Community, got fired from his job as showrunner – without advance warning – through a press release sent to various media outlets. He took it pretty badly (understandably) and took to his blog to vent about his firing from his own show. Fans themselves are on the fence about skipping Season 4 in protest (us included) but realistically it’s not going to achieve anything and would be pretty crap for the cast. However, with nothing to lose with the network, Dan took to Reddit’s notorious AMA (Ask Me Anything) to address the issues of his firing and his very public disagreement with Chevy Chase. Here’s the lowdown on the juicy bits:

Sony made us. I’m not saying it was the wrong decision ultimately, but the honest answer to the question is that Pierce was literally the only role for which nobody else was considered after the actor we cast put his hat in the ring. Even McHale had to “test” against two other great guys. The short list of people I wanted to see about playing Pierce: Fred Willard, John Cleese, Patrick Stewart. That’s a juicy role, man, there’s a LOT of brilliant old dudes out there, but in the end, Sony felt (accurately) that Chase was a household name. And I remember Krasnoff saying to me, “listen, you make the decision on your pilot that gets you a series order. You take these things one step at a time.” And there was wisdom there. Vile wisdom, but it’s a vile industry. And I think the writers and Chevy ended up creating an unforgettable character.

Dan had a feeling his firing was imminent and adjusted some of the storylines:

On what really happened between him and Chevy Chase:

He refused to do the “tag” for the Digital Estate Planning episode (the 8 bit video game episode). In the scripted tag, Abed comes to Pierce with the thumb drive he took, and says “Pierce, I’ve been able to adjust some of the code for your Dad’s video game and I’ve made a version I think you might like better.” He puts the thumb drive into a laptop in front of Pierce. We cut to the laptop screen, where we see Pierce’s avatar on a front lawn with the giant floating head of Cornelius. Every time Pierce presses the space bar, his avatar throws a baseball to his father’s head, which gives him a thousand points and a “great job, son!” Pierce presses the space bar a few times, pauses, then leans over and embraces Abed and we fade to black. When Adam Countee pitched that tag, tears instantly rolled down my cheeks, and in point of fact, my eyes are getting watery describing it to you. It was the most important part of the episode and possibly one of the most important moments of the season. I was very upset to hear that it wasn’t shot because someone didn’t feel like shooting it, especially since it was literally the last day of shooting, which meant we’d never be able to pick it up. I regret nothing about how upset I got. My job was to care about my show. […]

I heard from the people on set was that he didn’t think it was funny. After he realized how upset I was about it, he said things in voicemails like “there was no script” (untrue) and “I have a weird relationship with the name Cornelius” (dumb, he had no dialogue in the tag). The real answer, I believe, is that he wanted to go home because he was tired. He probably didn’t realize he was permanently damaging the episode by doing so because he often walked off set and then we would just pick up his shots later in the week. But this was the final shot of the season. The sets came down after he walked away. So this was the one time in three years that his personality caused unfixable damage to something I really held valuable.

Dan wanted Jeff to meet his father, but NBC cracked its whip again and demanded that he not make it depressing:

One thing I’m sure will happen in Season 4 is Jeff will meet his Dad, because we were going to do it in Season 3 but then one of the NBC execs started saying “just make sure Jeff meeting his Dad isn’t a dark story,” and I didn’t want to write one of the series’ most important stories under that hex, so I said, “let’s just punt that story to Season 4.” And we ended Season 3 with Jeff googling his Dad, so … !