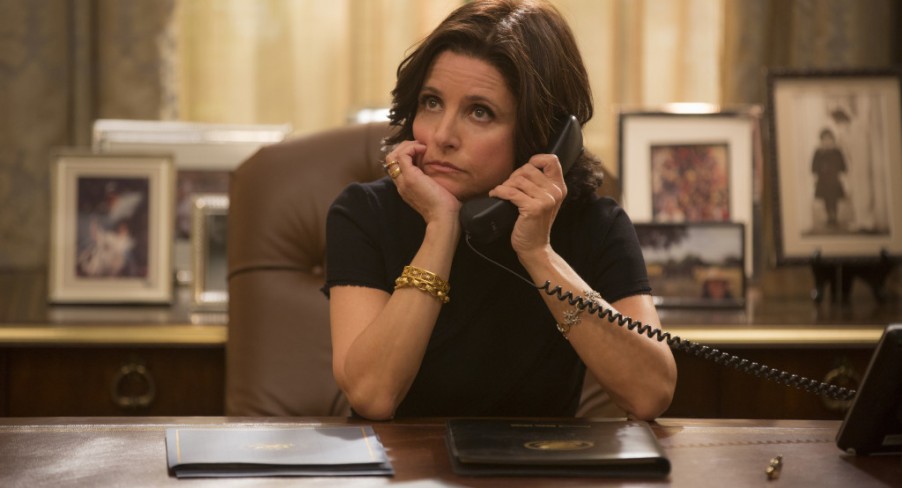 As with all great modern-day love stories, it started with a Tweet.

I decided that I'm going to watch more TV in 2016. What are the shows I need to have in my life?

It started with a Tweet that made me channel my inner Carrie Bradshaw and get to thinking. Get to thinking about life, lovers, and most importantly: the fact that TV hasn’t been this consistently good in (my) living memory. If workplace water-coolers could talk, they’d tell you to greater appreciate their life-giving contents but also that there’s more and more must-see TV every day. They’d tell you that the next Sopranos or The West Wing is lurking just around the corner to suck 42 minutes out of your life weekly.

I’m increasingly excited about TV every year as I see storytelling and delivery boundaries being pushed further than before, and TV becoming increasingly representative and diverse. Shows like Jane the Virgin, Scandal, Fresh off the Boat, Orange is the New Black, and Transparent are game-changers for the LGBT community, women, and people of colour. They’re also all excellent and deserving of your viewing. 10 years ago, these shows would either not have been made or at the very least wouldn’t have made it past pilot season. TV has changed, changed utterly. And I’m delighted.

I could debate TV for hours. Give me a cup of tea and sit me in front of TV fan, and we’ll be best friends in 5 minutes. Provided they think Buffy the Vampire Slayer is the greatest TV show of all time bar none. Otherwise, we might be mortal enemies and I will have to physically fight them. And to be honest, I don’t need that kind of negativity in my life right now thank you very much.

What gets me reeling about TV is the intricacies of storytelling, the complexities of character, the artfulness of direction and acting. I love it all and I’m very passionate about what I like and what I don’t like, and I don’t hold back on either count. I’m willing to watch almost anything, but I have a very strict 3-strike policy. 3 bad episodes in a row, and I’m gone. I’m out. You’ve lost me.

It may seem harsh but when you watch as many TV shows as I do, sticking with a bad TV just in case there’s a good episode every now and then feels like a colossal waste of time that could be better spent on a decent show. I’ve lost several once-favourites through this policy. The policy was enacted after the Modern Family debacle of 2014. Modern Family was arguably the funniest comedy on TV for quite a while. The show and its stars were (and bizarrely still are?) awards-show darlings. But if we’re really going to talk about Modern Family, we should address the fact that it hasn’t been good since season 2. And I only stopped watching after Season 5. I wasted a good 24+ hours of my life watching mediocre TV. A whole day, just gone. On my deathbed, I will have to live with that fact, but you shouldn’t. So, I’m going to talk you through some great and some good TV from the past few years. Stuff you should definitely be watching right now, and stuff you may have missed along the way.

The likes of Netflix and Amazon are producing some of the most challenging television shows. Where the networks, particularly the cables, were excelling before, these new upstarts are producing increasingly brilliant programming and leaving networks gasping for breath. So where better to start that with the big, new media runaway-hit of the last year, Transparent? It has already become one of the most acclaimed TV shows of all time, mostly for its tender portrayal and sophisticated exploration of the albeit difficult issue of gender identity. What’s brilliant about Transparent is how real it is. You may not be able to actually identify with any of the characters, but the writers, directors, and actors do such an immense job at making you feel everything. Gird your emotions, you will cry. But you’ll also laugh, because that’s the magical spark here. It has lots of charm and fun, despite the heavy subject matter. It’s real. These are real people, living real lives. And we’re privileged to be able to watch.

Netflix’s success can be attributed mostly to its money, but the quality and diversity of the shows they’re willing to make plays no small part. Few of its shows are as diverse and excellent as its flagship effort, Orange is the New Black. Set inside a women’s minimum-security prison, it deals brilliantly with privilege, mental health, feminism, LGBT issues – particularly arresting is its handling of trans issues – and racism. It’s pretty much got it all. It’s got it all, and I’m actually kind of annoyed you haven’t started watching it yet. So, just go do that. I’ll be here when you get back.

If you’re looking for straight-up comedy, you’re looking for Veep, 2015’s Emmy winner. Now in its fourth season, the show is helmed by the unequalled Julia Louis-Dreyfus in her best role since Elaine. Julia has won 4 Outstanding Lead Actress in a Comedy Series Emmy awards on the trot. If that’s not the biggest endorsement I can give it I don’t know what is. It’s political satire made by political satire’s finest: Armando Iannucci. So, really, you can’t go very wrong. It also features excellent support from Tony Hale and Anna Chlumsky (My Girl from My Girl). If strong, female-led, swear-ridden comedy is your jam, then bop away to Veep’s sick beats.

So terrible people doing terrible things to other terrible people is your thing? You can find that in the It’s Always Sunny in Philadelphia section. I’ve harped on about this show before. It’s the most underrated comedy on TV, probably ever. And Kaitlin Olson is the most underrated comedy actress of all time. The series follows 4, um, friends and Frank (Danny DeVito) as they are generally horrible, horrible people to each other and everyone around them. Just watch it, dickbags.

Sorry about the dickbags thing. Sue me. But know that if you do sue me, I’m going to get Alicia Florrick to represent me and she’ll kick your ass. Yeah, suck it loser. Suck it, and watch The Good Wife. Watch as she navigates the legal world after a period of absence, having found out she has a VERY bad husband and two, if we’re honest, shitty kids. It’s awesome. For the first few seasons anyway, it kind of gets a bit slow here and there around season 5 or 6. But there’s a solid 4 seasons of pure, totally unadulterated, mostly adult D R A M A to get through before you hit that rough patch. See you on the other side. Objection! Calls for speculation!

Look, we have to talk about some great animated stuff that’s going on right now. Two in particular. The first is best described as the queer space opera of your dreams. If that doesn’t make you want to shout “PLEASE TELL ME MORE, CIARÁN” then we can consider this friendship officially terminated. I’m talking about Steven Universe. It’s got magic and adventure and songs and wonderful characters. It’s everything you could need and more. Plus the episodes run at only 11 minutes long.

The second is Bob’s Burgers. I have to admit, I watched the first episode of Bob’s when it aired first and I didn’t enjoy it. It was okay, but I just thought it wasn’t for me. Then the whole Tina Belcher thing happened on the internet and I decided that she spoke both to and for me and I’d have to give it another shot. 93 episodes later, here we are. I’m not joking when I say that Bob’s features the most realistic portrayal of a family I’ve ever seen. What’s lovely to see is how much the parents support each other. Bob and Linda (holla!) are madly in love. And they each love their kids differently but totally equally. It’s sweet, it’s hilarious, and Linda if you’re listening can you be my mom please?

If I had a memoir, it’d probably be called Broad City is Bae: The Collected Works of Ciarán Reinhardt. If you prefer your TV served with a hearty slab of feminism and a side a YAAAAS QUEEEEEN, this one’s for you. Think about to your 20s. You were/are an absolute weirdo, right? You made/make terrible decisions and had/have the most insatiable optimism. Broad City captures that in 22 minutes every week. It’s what you’d expect and want Girls to be. Its weirdness runs deep. Real deep. Almost as deep as its humour. Put it to you this way, you’ll spend ½ of your time laughing and the other ½ saying things like “what does that mean? What did she say? Oh my god, she can’t be… oh she’s doing it. It’s really happening.”

It is a truth universally acknowledged that a TV show in possession of an actor as excellent as Tatiana Maslany must be in want of good awards-show fortune. Alas, that is not the case with Orphan Black, a show that has managed to capture an audience so immensely yet evade the deserved glory of top-tier awards. It is a powerful shame that Tatiana Maslany’s shelves aren’t collapsing under the weight of all the Golden Globes and Emmys. Her portrayal of several characters is one of the most accomplished feats of acting I’ve ever seen. Each character is so individual, you forget that it is the same actor. And that, coupled with some brilliant sci-fi drama, will have us glued to our TV sets for (hopefully) years to come.

If it’s a bit of turn-your-brain-off kind of fun you’re after, look no further than newly-premiered Quantico. Is it great? Absolutely not. It’s basically trash. But it’s good. Okay, it’s good enough. Okay, it’s exciting and it’s full of very beautiful people and lots of sexual tension and sexy intrigue. What’s not to like?

If you thought that Ryan Murphy was just being greedy by having so many TV shows on at once, you’d be correct. But he gets it right some of the time, so we’ll forgive him for his misdeeds (we will never forgive him). American Horror Story has been weak since its second season. No other season has reached the heights of season one. And this season is its most objectionable season yet. I turned off after two episodes. I was very close to not watching past the first episode of his new show, Scream Queens, but I decided to give it another shot. The pilot is absolutely awful. I’d almost consider telling you to skip it, but it’s important exposition. If you can get past that, you’re on to a very funny, twist-and-turn comedy-horror that’s very worthy of your time.

There you have it. This is just the tip of my TV-watching iceberg, though. Again, I will honestly give anything a go. Come at me with your favourites. I’ve had to print out a schedule so that I can fit my life around what shows are airing and when. I wish that was a joke. But it’s not. And I’ll just have to live with that sad fact. 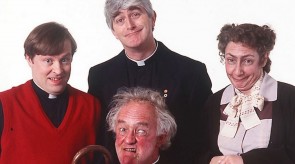