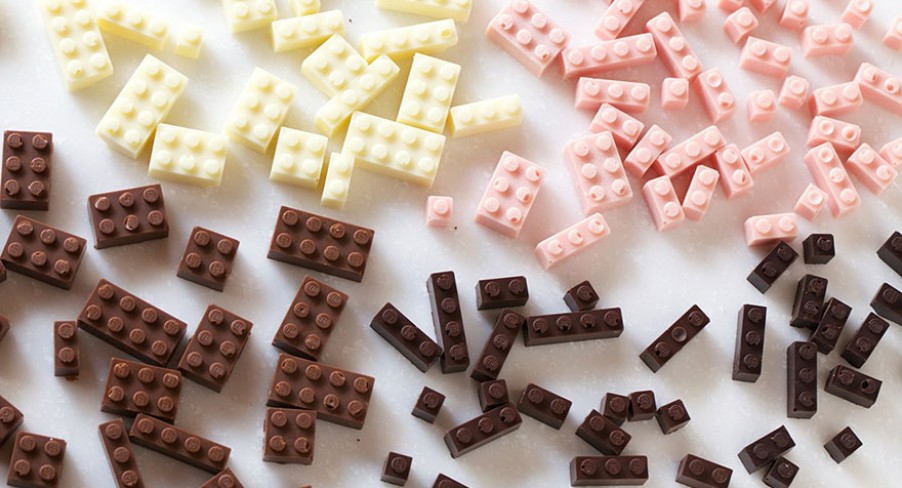 There’s nothing quite like LEGO. I don’t actually know anyone who doesn’t (today, in their late 20s) still love LEGO. The creativity that it demands and fosters is immense, and all our childhoods are better for it. There are many LEGO geniuses out there, creating insane and unbelievable things. In fact LEGO even employ some of these people to make stuff at their trade shows. But very few people out there are doing food-based LEGO. Japanese illustrator and designer Akihiro Mizuuchi has done just that, in designing a system for creating LEGO bricks from different kinds of chocolate. Apart from the delicious edible aspect, Mizuuchi has also managed to create some cool 8-bit characters.

While the finished product is seriously impressive, the process for making the little bricks is surprisingly straightforward. All you need to do is pour melted chocolate into specially-designed moulds, wait for them to cool, pop out the cooled bricks, and get to building stuff just like they’re real LEGO. The only problem is, of course, that chocolate melts. The practicality of chocolate-based LEGO might not be so high, but the creativity factor is. In fairness, who doesn’t want to build a house that you can eat afterwards/while you’re building it?

Mizuuchi has a mix of dark, white, milk, and even pink chocolate to add detail and texture to his creations, which includes some cool 8-bit robots. Unfortunately these moulds aren’t available to buy, but you never know, LEGO might step into the food market next, and we can all create awesome chocolate LEGO creations soon. Or you could just make some moulds yourself! 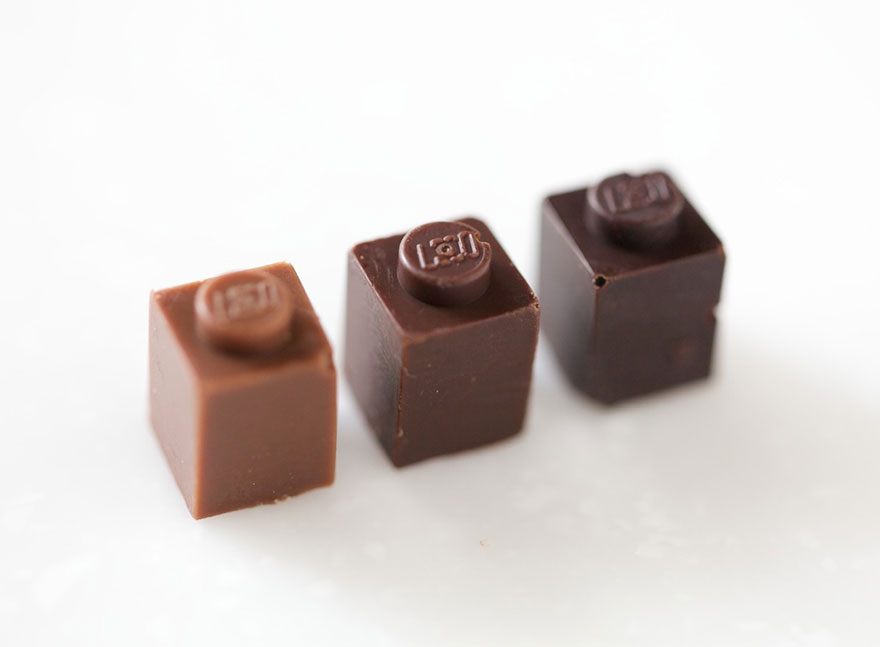 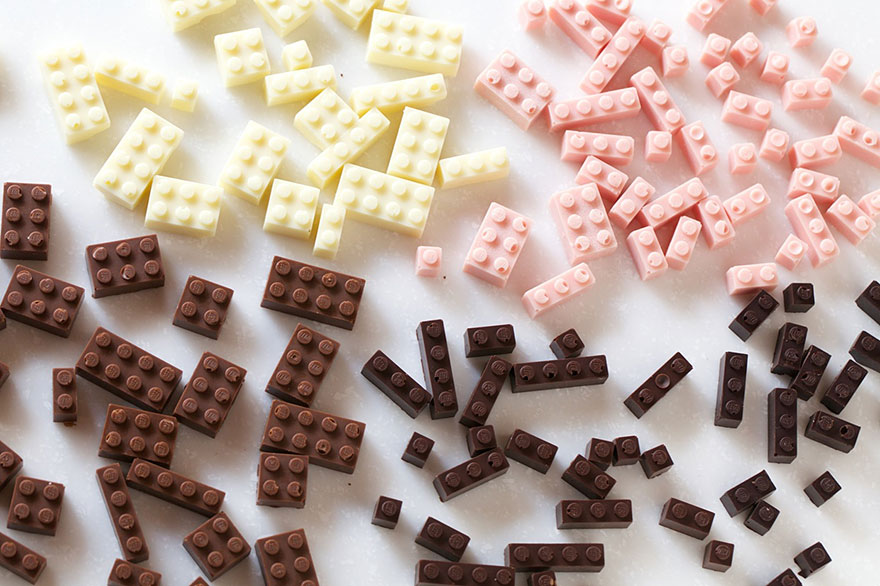 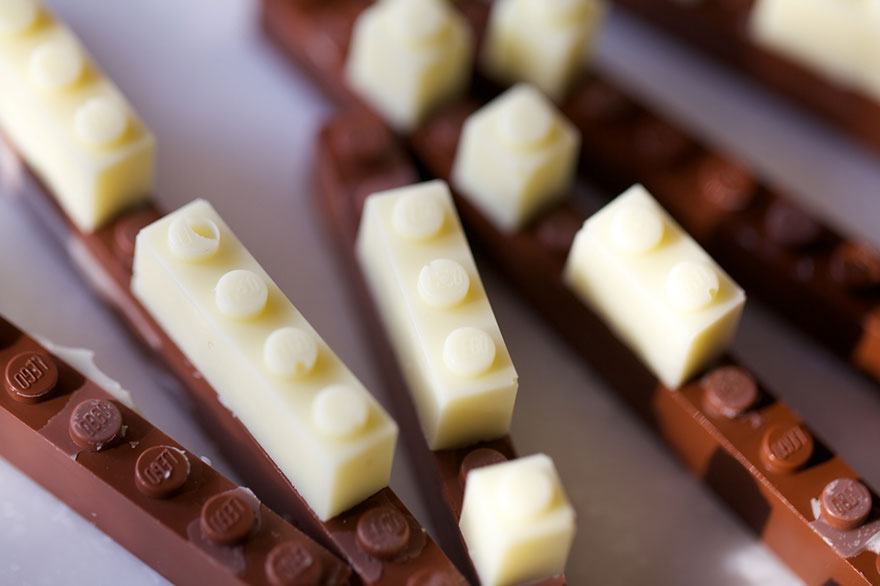 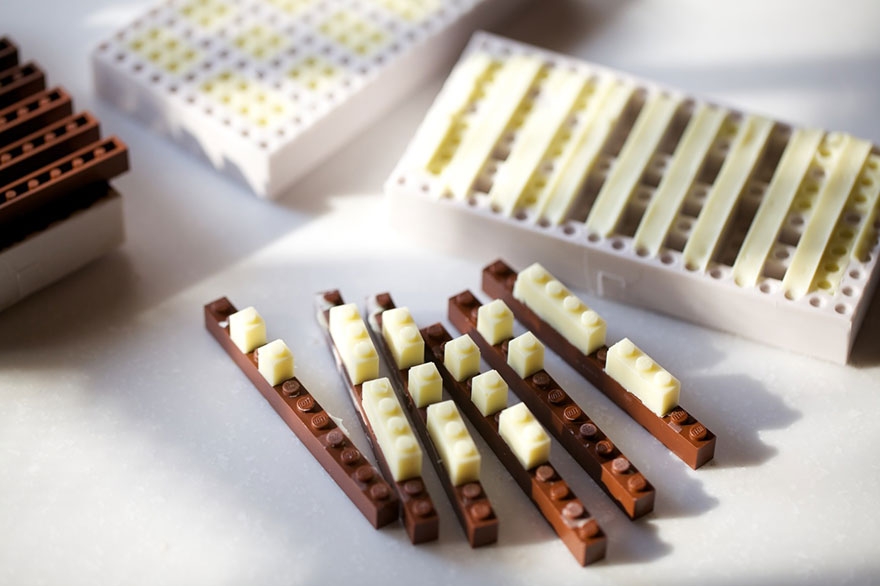 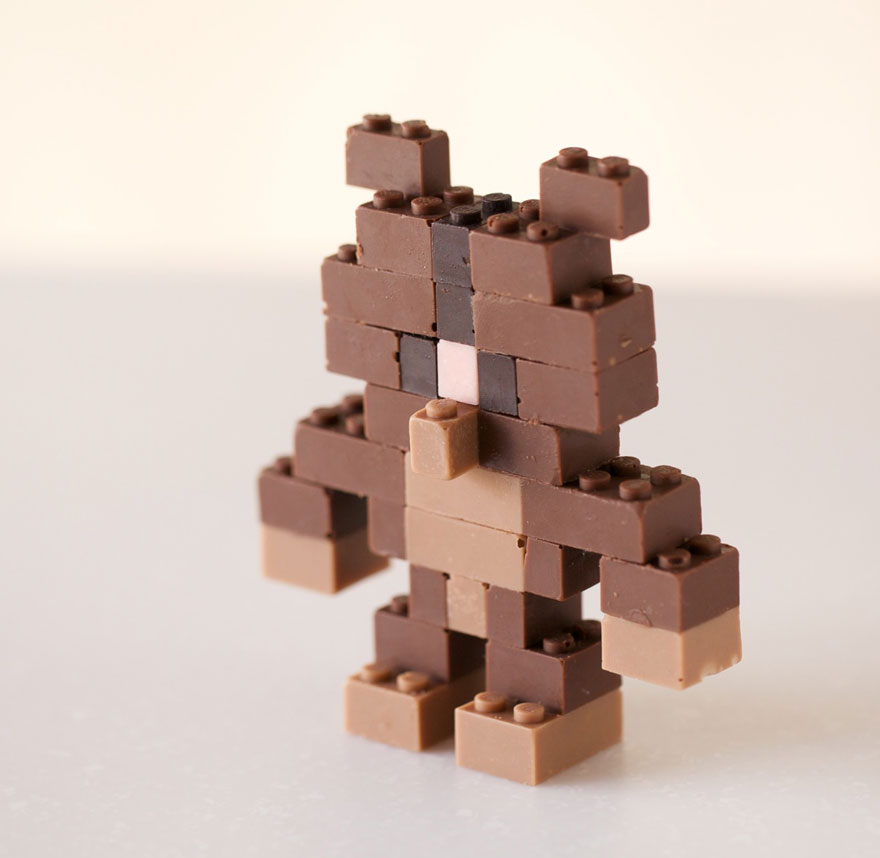 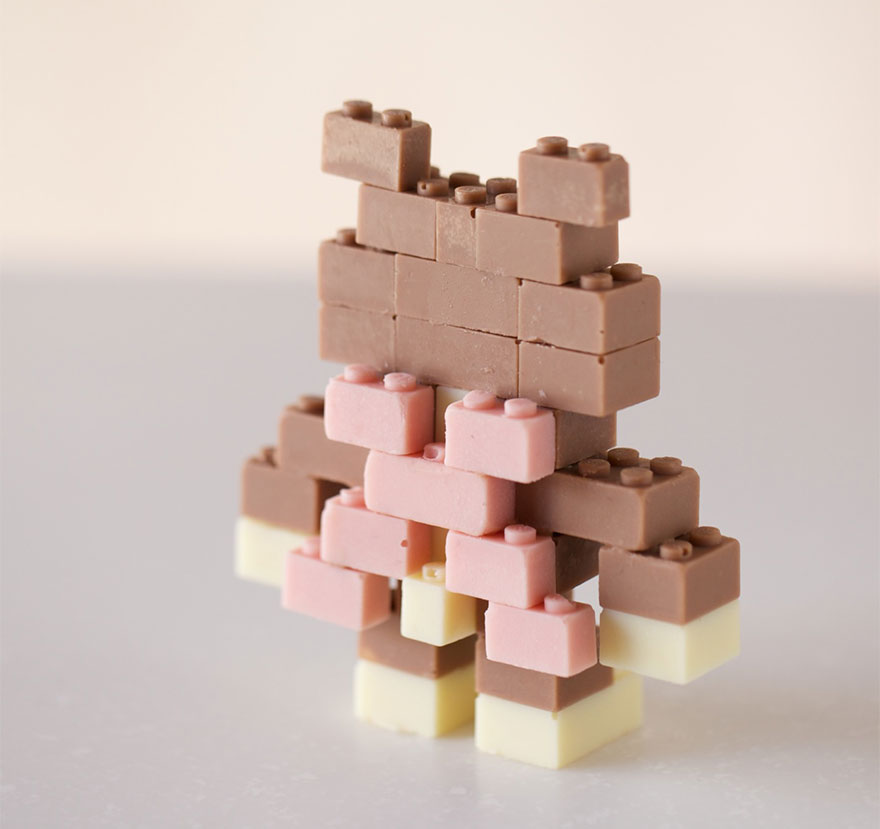 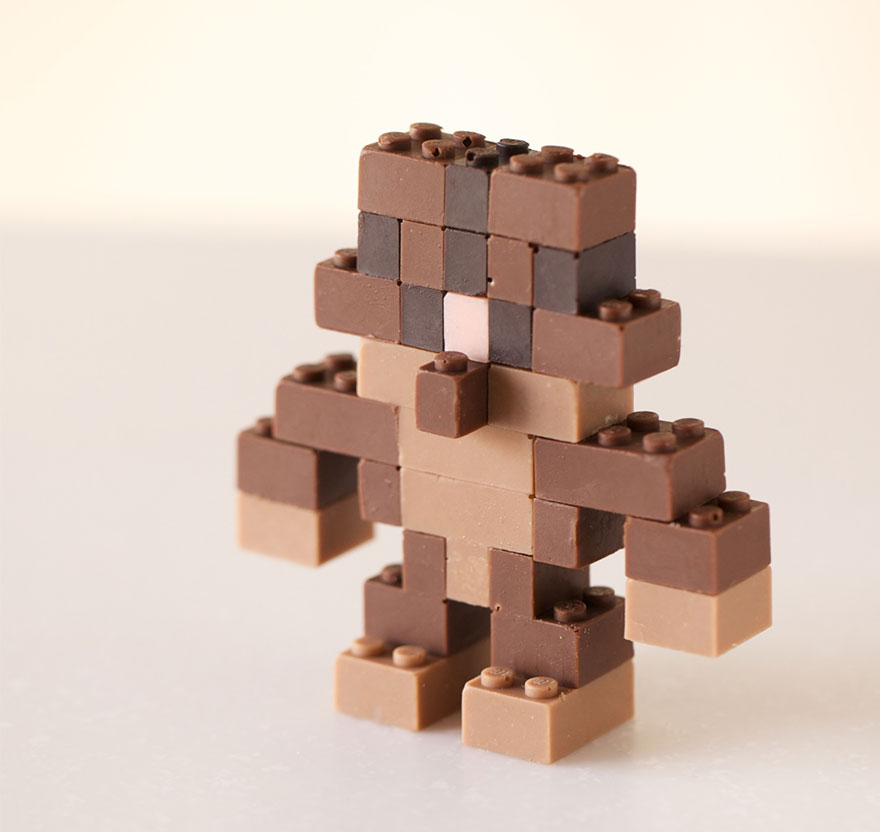 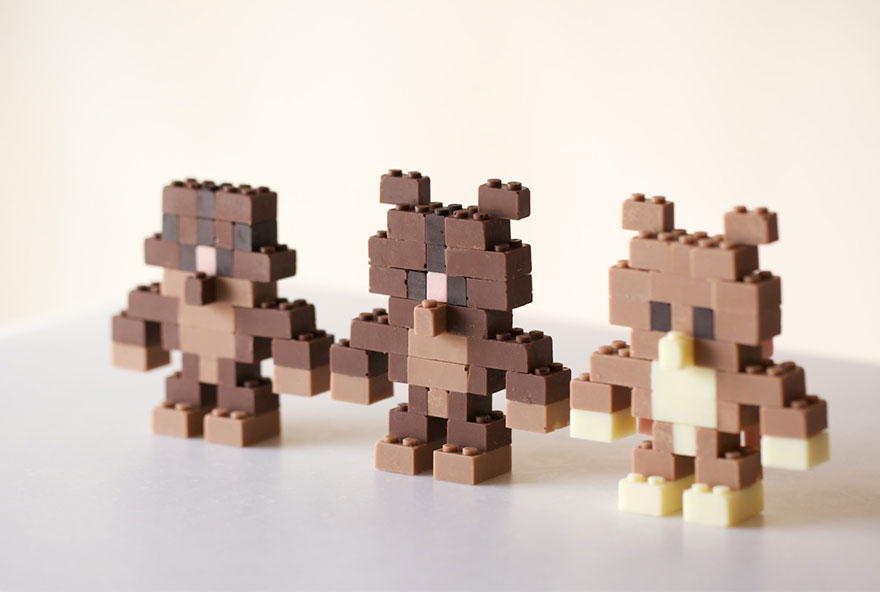