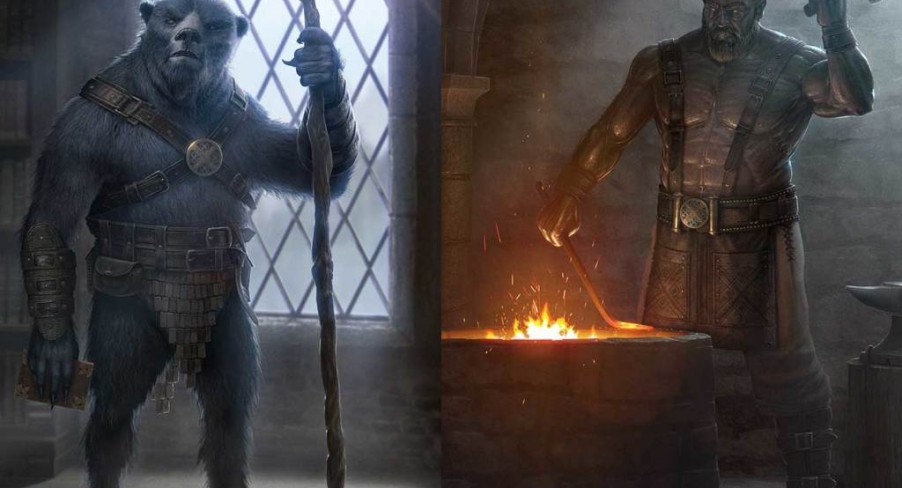 These fantasy-style X-Men were conceived by Nate Hallinan, a concept/key artist and matte painter from LA. He has worked on some small, indie-budget films you’ve probably never heard of – Guardians of the Galaxy? The Hobbit: The Battle of the Five Armies? Big Hero 6? The Maze Runner? Ringing any bells? Yeah, didn’t think so.

This series, entitled The Order of X, is a personal fan-fiction variation on the X-Men. It evoked memories of Marvel 1602 in me, which is a great thing. I think Nate has done a superb job re-imagining the X-Men’s roles in a fantasy setting – particularly Colossus, I think everyone will agree that is a perfect re-imagining. Most of the original cast is there (bar Angel and Iceman – why is it always them that get cut?). It would have been nice to see maybe Magneto, too, just to round the team out. Each character comes with concept art and a backstory (this guy doesn’t joke around with conceptual art, eh?) which fit perfectly. 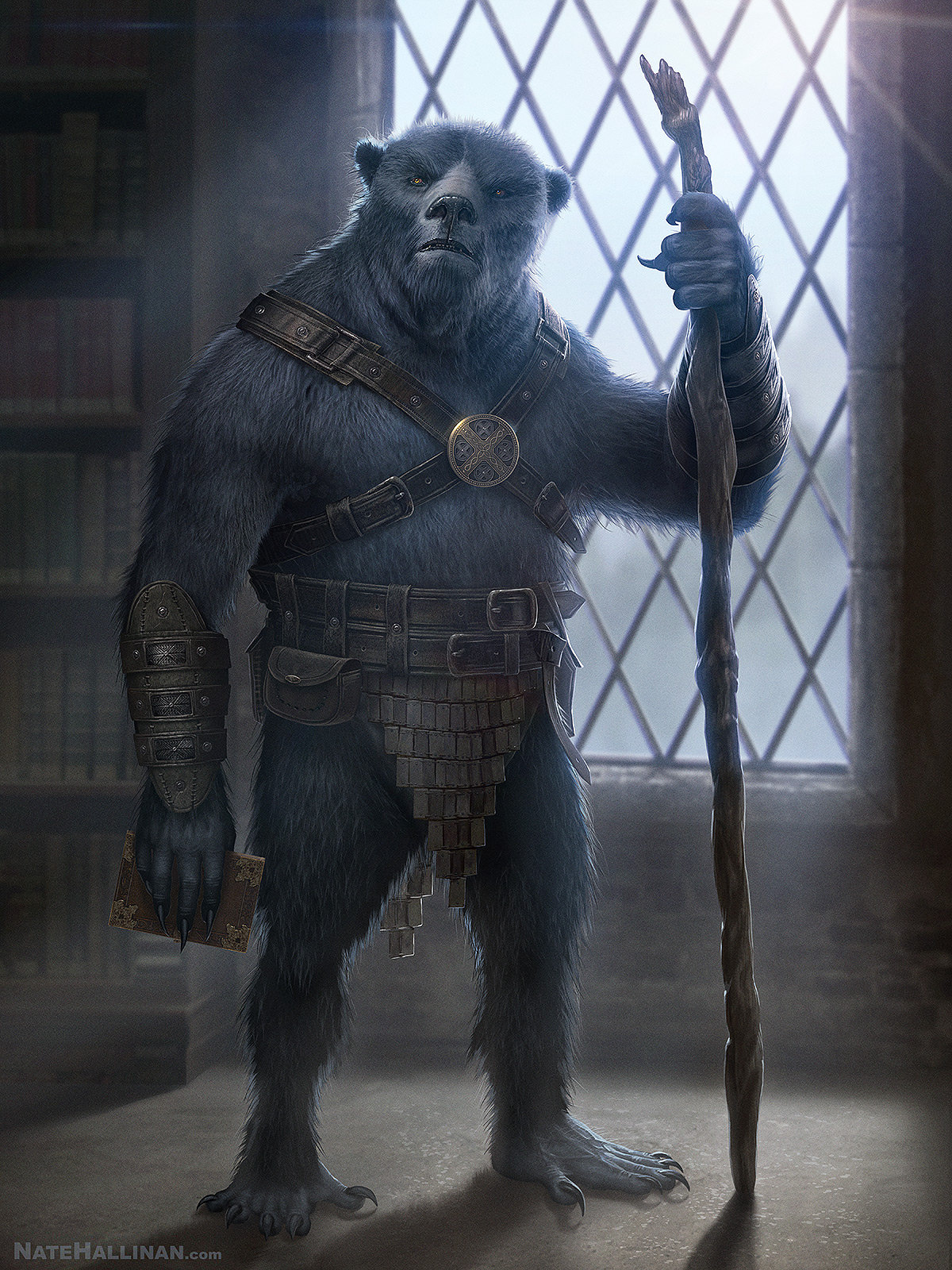 Henrick’s mind is as fierce as his appearance. Henrick was given the name “Beast” as an ironic term of endearment. He is loved by his peers and is one of most wise and trusted members of Xavier’s council. He is well educated and continues to be a scholar of many disciplines. 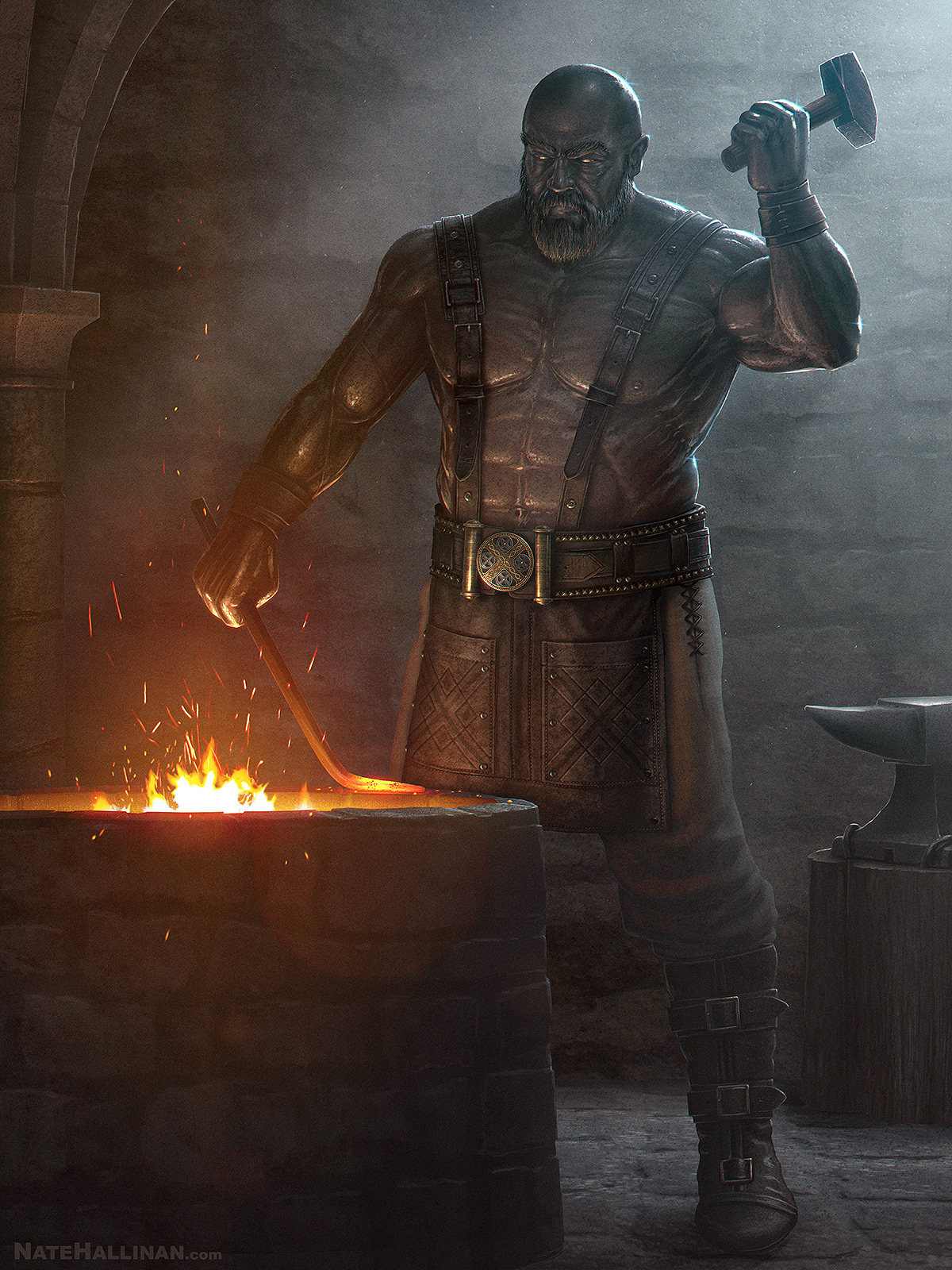 The mountain of metal; Colossus. His father was a blacksmith and eventually apprenticed him in the family trade. Hard labor made Peter strong but he was always larger than the other kids. His size and strength even made certain people nervous. Others even rumored that it was ‘unnatural.’

By happenstance, he developed the ability to cover his body in metal and increase his strength. He discovered his abilities in his youth when his younger sister became trapped under a collapsed cart. When villagers witnessed his transformation they became frightened. Thinking that Peter might be some monsters, a mob formed and came after him and his family. They couldn’t harm Peter but he couldn’t protect his family without harming the villagers. Peter and his family were driven from their home but they found refuge in the land protected by Lord Xavier. 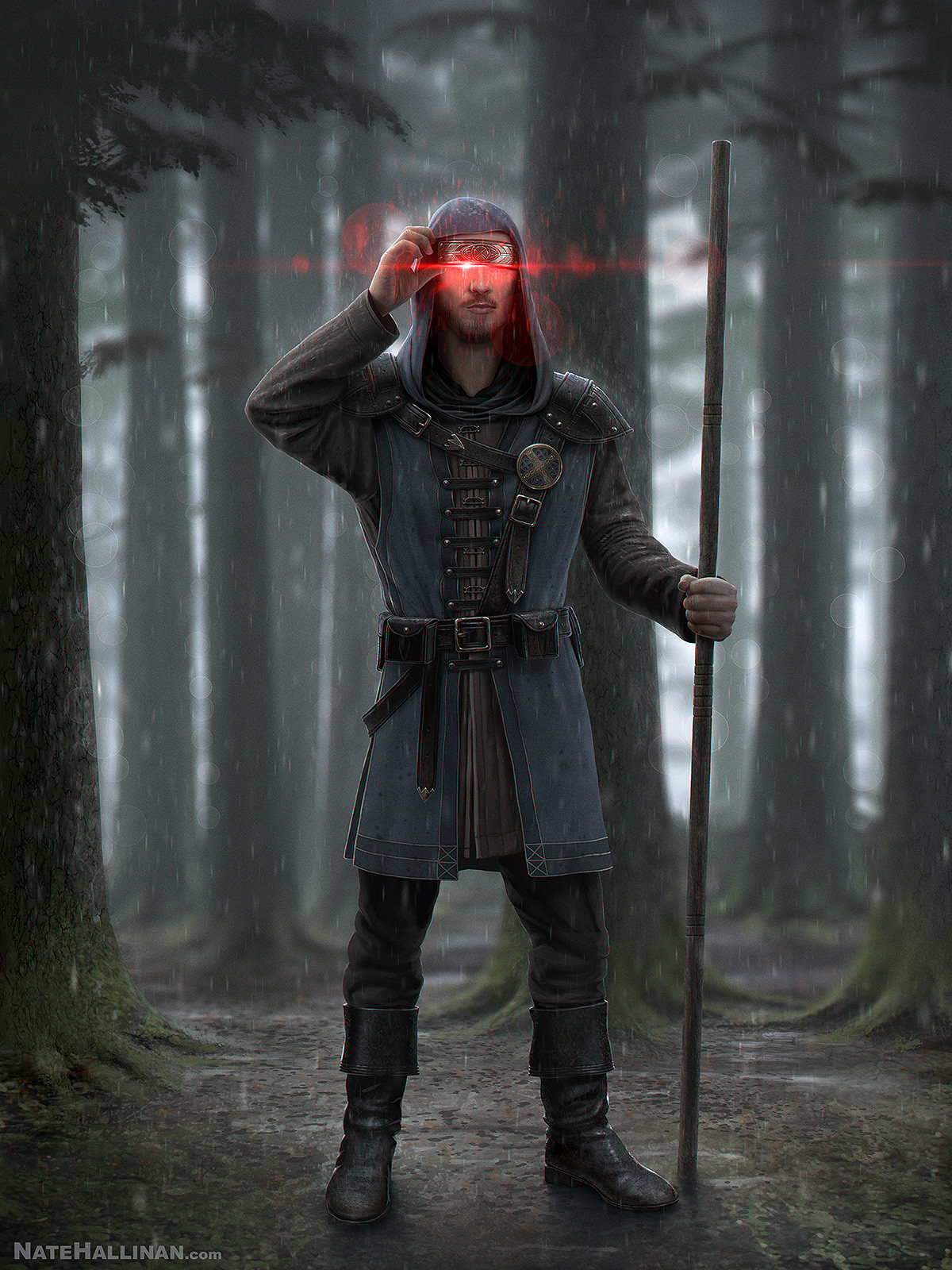 Scott and his younger brother were both orphans who grew up fending for themselves on the streets. The day Scott’s ability manifested he accidentally destroyed several buildings and set fire to half the village. In the chaos of everything Scott lost sight of his brother for he couldn’t open his eye without causing more destruction. Xavier, perceiving the trouble, quickly dispatched members from his order to rescue Scott.

Scott has the ability to emit a destructive beam from his eyes. He has learned, for the most part, to live without his sight. He wears a protective blindfold that keeps him from opening his eyes as well as from being easily removed. Needing to cover his eyes all time, people have spread rumors that he is actually a cyclops with a magical destructive eye. False as this may be, he enjoys being called Cyclops; striking fear in his enemies. 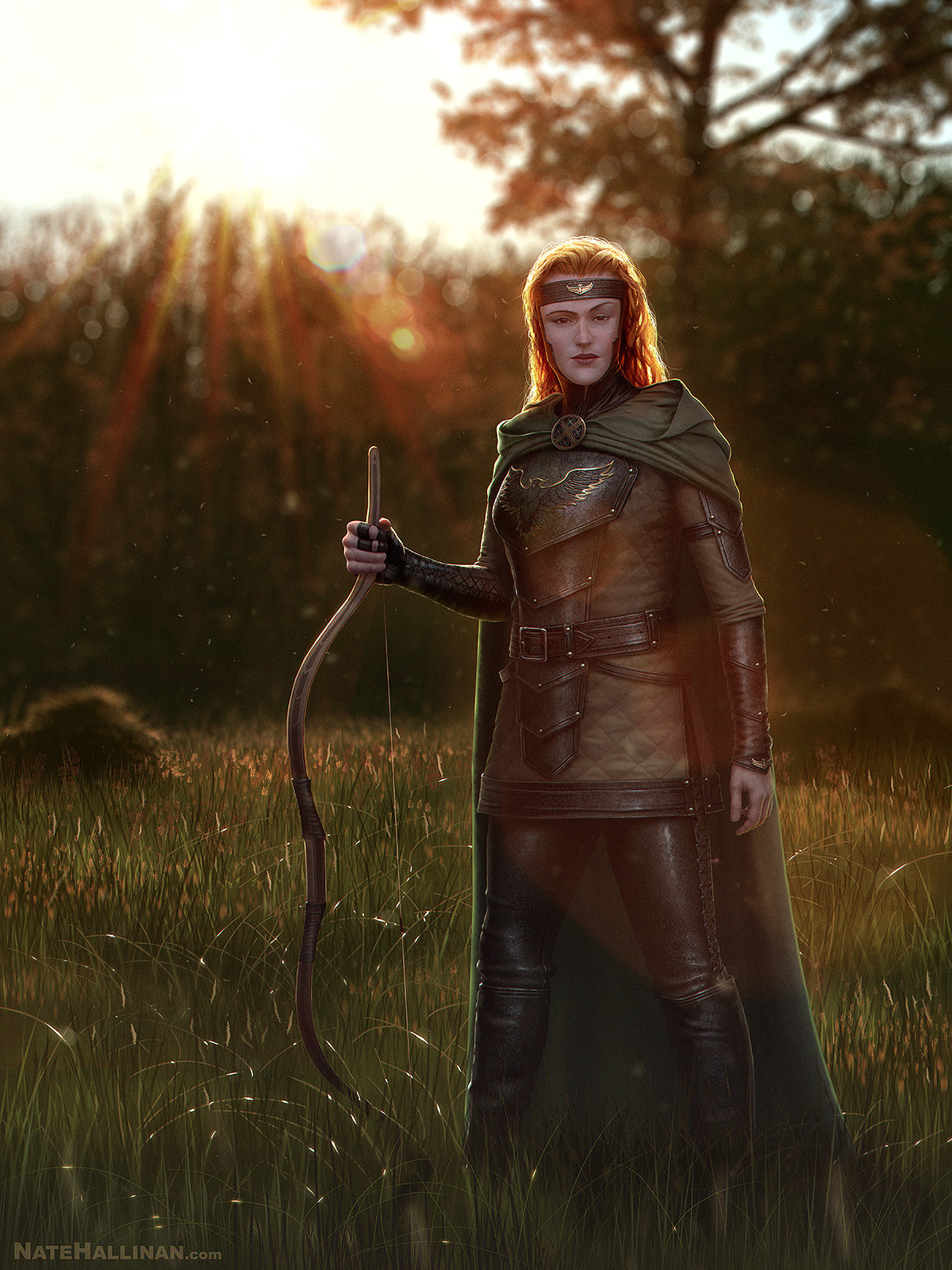 Jean comes from the noble family of Grey. She was a bit of a tomboy growing up. Her parents despised and discouraged her unladylike behavior, but once she developed unnatural abilities, her family feared the worse. Lord Xavier offered her parents an opportunity to provide her with guidance and protection; they reluctantly accepted.

Phoenix is a name that the Lady Grey eventually earned in battle. With Jean’s telepathic and telekinetic abilities, she became formidable archer. Flying further and surer than anyone else’s, her arrows never miss their target. When they are lit afire; they burn brighter and some say they are guided by a phoenix. It didn’t help that her hair was also a fiery red. 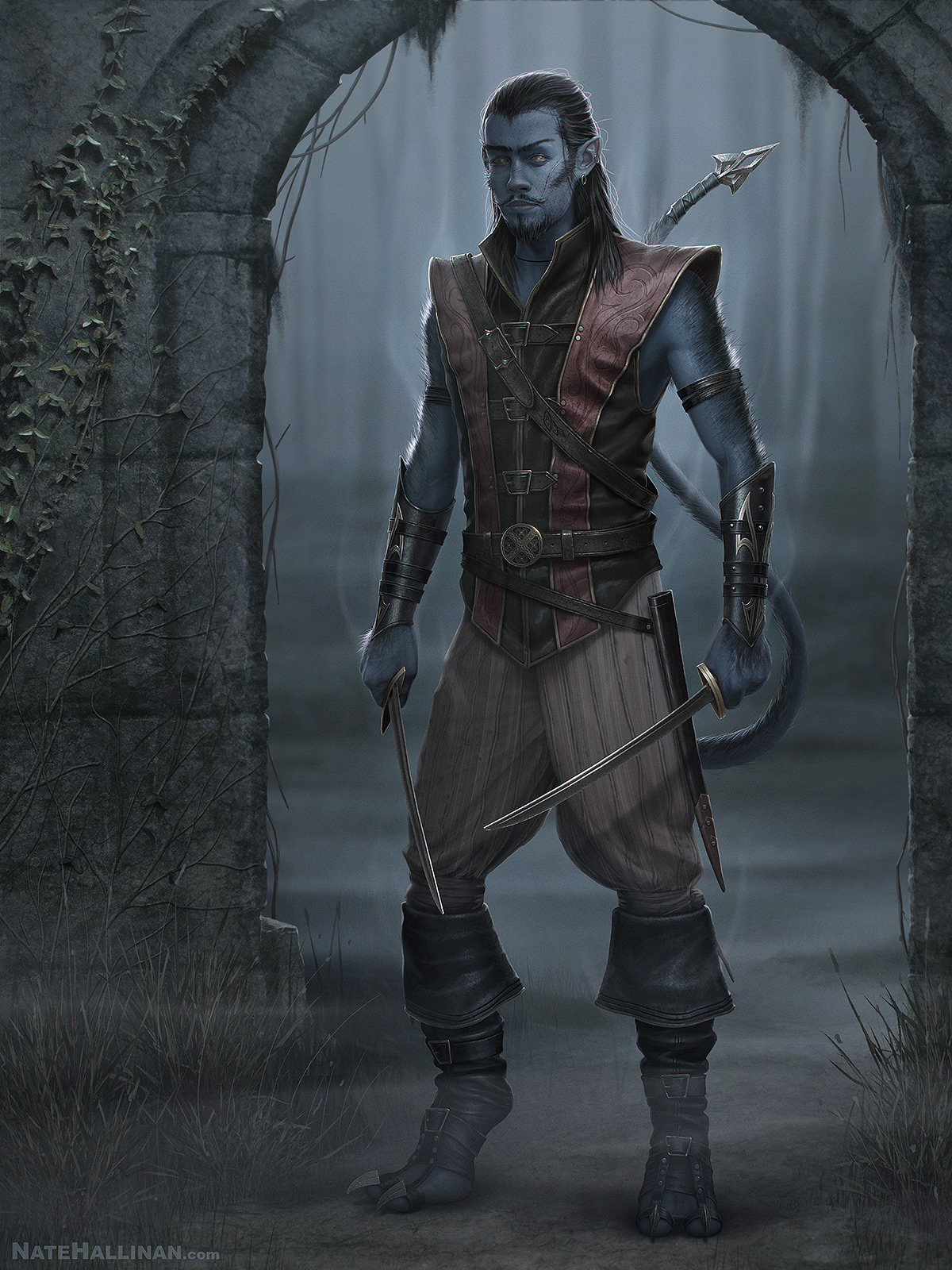 (Kyrt V’wagnyr roughly translates from elven as Nightcrawler.) Kyrt never knew his real parents. He was found by a band of elves as an infant. They were on a twilight march, celebrating the new moon, when they found him crawling next to his basket on a riverbank. They happily adopted him seeing that he was part elf. His enchanting midnight appearance and mysterious abilities makes him highly regarded among elves. Magic runs deep in the race of elves but Kyrt’s abilities are more potent than most.

Kyrt joined The Order of X because he, being different himself, strongly believes in their quest. Additionally, Xavier’s family has always been friends of the elves. Kyrt also hopes that one day he might find answers to his past and discover who his parents are. 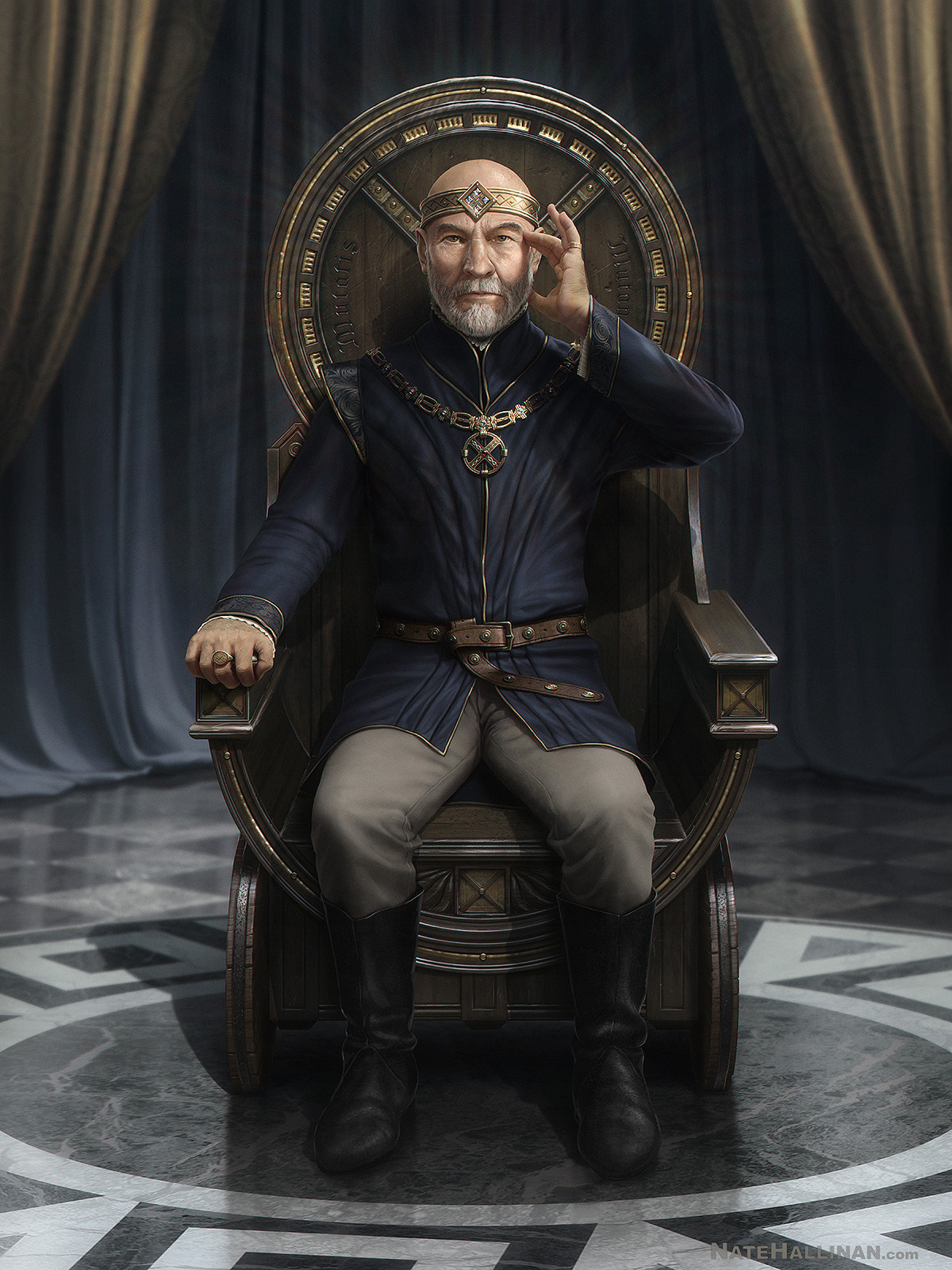 He is the lord and founder of The Order of X. Charles developed the abilities to read, control, and influence human minds. He formed The Order because he saw and felt the injustice happening to the ‘gifted’ people around him. Understanding his role he felt that it was his noble duty to protect these people.

Tragically, Charles was mortally wounded in an encounter with a black dragon as a young adult. Before the dragon could kill Xavier and his soldiers, Xavier forced his mind onto the Dragon’s. Not only did this stop the dragon but Xavier was able to tame it. This was the first time in history that a man was able to gain obedience over a dragon. 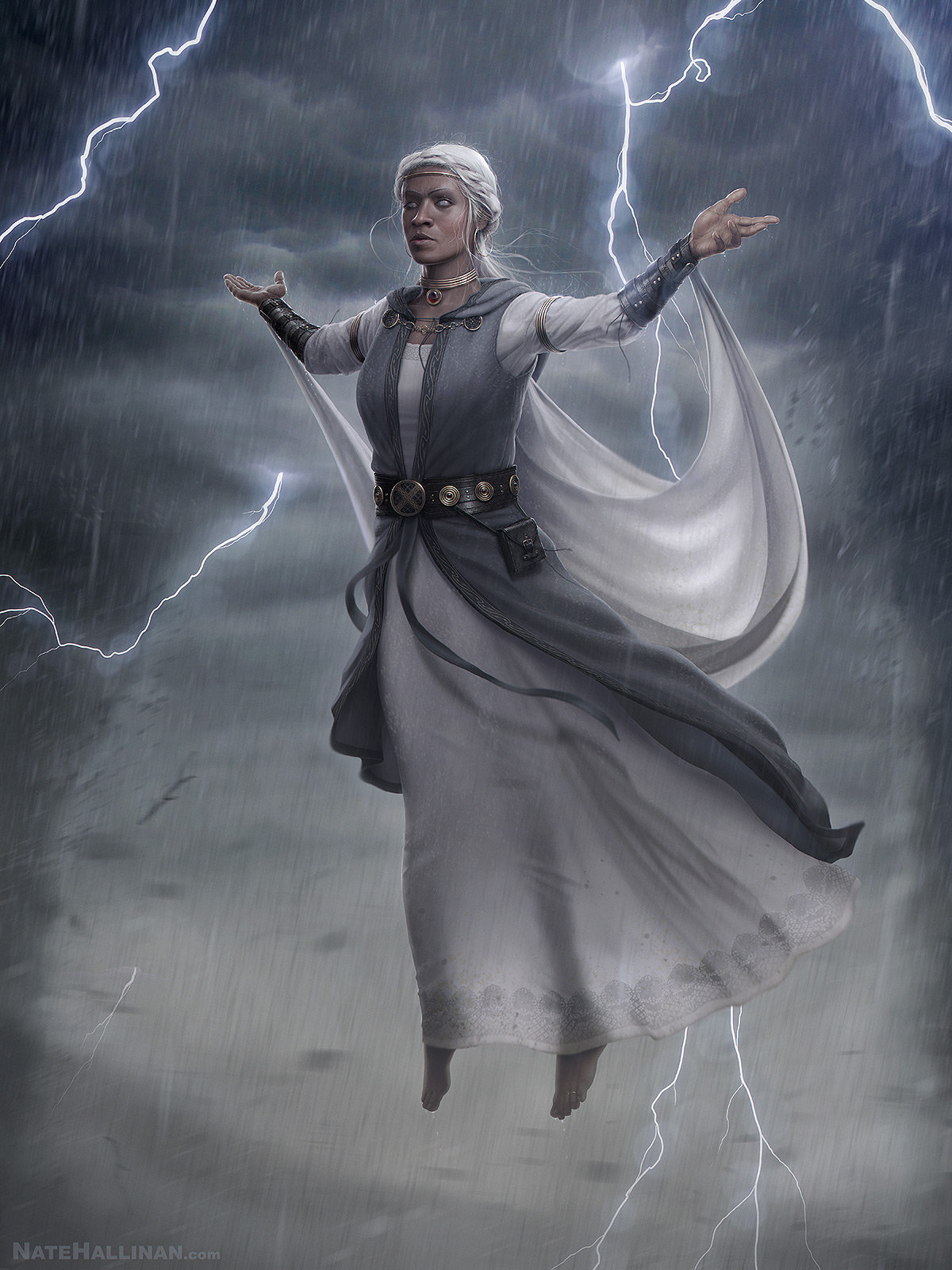 As a young adult, Xavier met Ororo as a child on one of his quests. He caught her trying to steal his coin purse with his mind, but when he did, he saw her potential. He offered her a home where she would never have to steal again. Henrick McCoy took her in as one of his apprentices.

Ororo eventually developed the ability to manipulate weather. For obvious reasons, she gained the name Stormbringer. Many presume that she is a witch from a distant land, even worse, some even fear that she has control of Xavier’s mind with a spell. Unwavering to these rumors, Xavier considers Ororo as one of his most trusted counselors. 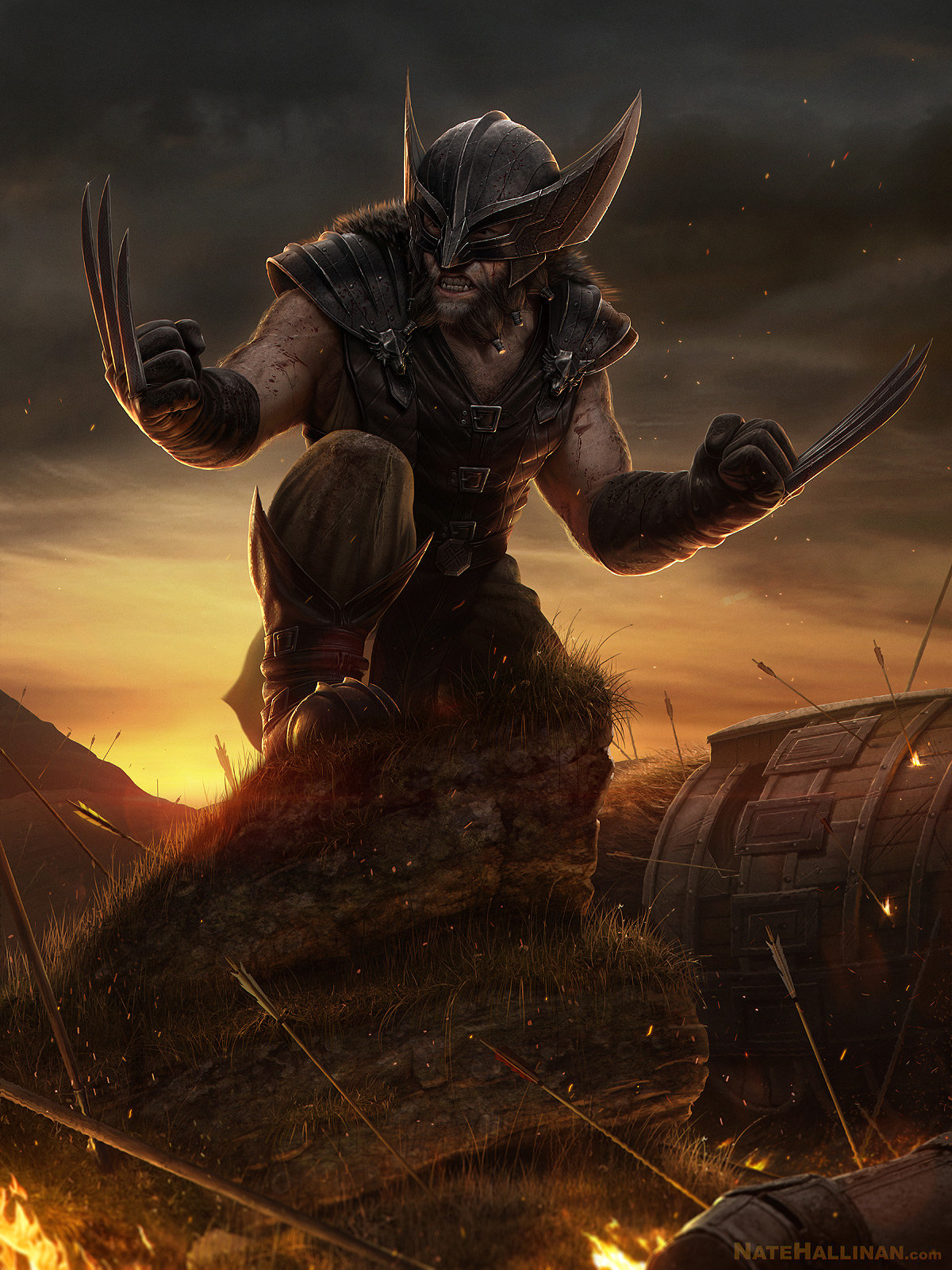 Loghand is not just another grouchy dwarf, unlike other dwarves he has the ability to heal quickly. He earned his surname Wolve’rüne with his fierce temperament and his odd ability to return from battles unscathed. The name roughly translates from dwarvish as the ‘The Stone Wolf.’ Stone and earth being long lasting and enduring, while wolves being ferocious ill tempered beasts; thus the name Wolve’rüne.

Wolve’rüne’s past is a mystery for he doesn’t even remember it. His earliest memory was being dug out from a cave-in by his dwarf clan. Emerging with no injuries and having a suspiciously long life, the dwarves feared he was either cursed or meddling in the dark arts. Due to strict dwarven law against dark magic he was severely judged and exiled. Refusing to speak to him in any manner, they mercifully only told him his name.

Dwarves have been known to modify their bodies for battle. Their thick bones are large enough to drill into and attach metal objects like spikes into knuckle bones for a fierce punch. Wolve’rüne’s modifications are by far the most extensive anyone has ever seen. Adamithrilium, a very rare and durable metal, covers his skeleton and make up the retractable claws in his hands.

Check out more of Nate’s work on his website.