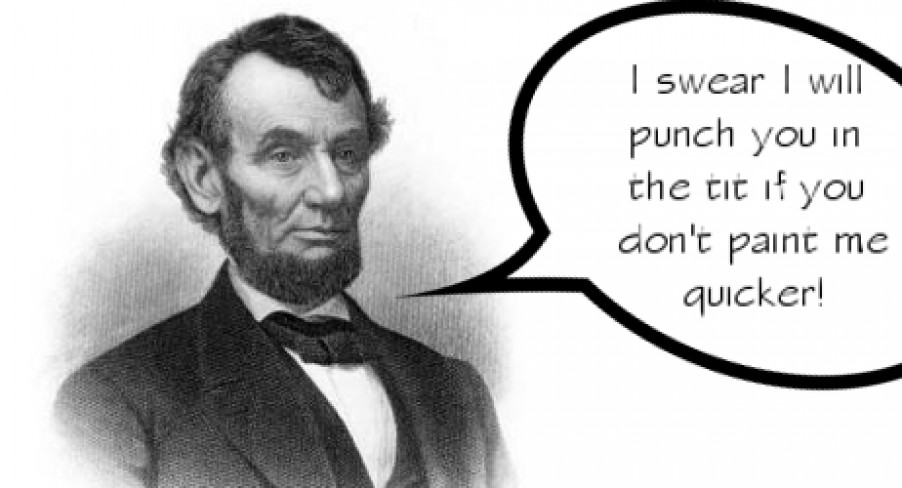 Just when you think Podcasting has been sort of replaced by web series, something like this arrives.

It arrived to me via Twitter. Well, it actually arrived via e-mail, but I heard about it via Twitter. And sure, who’s to argue, eh? Anyways, The Abraham Lincoln Show is a 20 minute scripted satirical Podcast featuring the ACTUAL voice (not really) of former American President Abraham Lincoln as he struggles to hold his chat show together with Hannibal Hamlin, Mary-Todd herself and John Wilkes Booth all being featured guests and assassins. It’s off-the-wall, bizarre and often, most importantly, hilarious.

It also features many parodies of films, television and well-known commercials. There’s a parody of that über-emo shitfest also known as Twilight in the first episode. And it’s very funny, delivered in a complete apathetic drôle as the emo kids and vamps struggle with their “feelings.”

The show is produced, written and directed by the wonderful folk of Tall Hat

“Oh, BITCH! I should punch your tits,” is Pop Culture Monster’s favourite line in the whole episode. There’s a lot of genitalia jokes in it, especially hurt ones. Whether that’s emo hurt, or actual hurt, this Podcast has a bright future if it continues this way.

The season premiere was released yesterday, 24th, so if you haven’t already, go forth, download, listen, laugh, touch yourself. You know, whatever takes your fancy.

Head on over to The Abraham Lincoln Show to have yourself a listen.