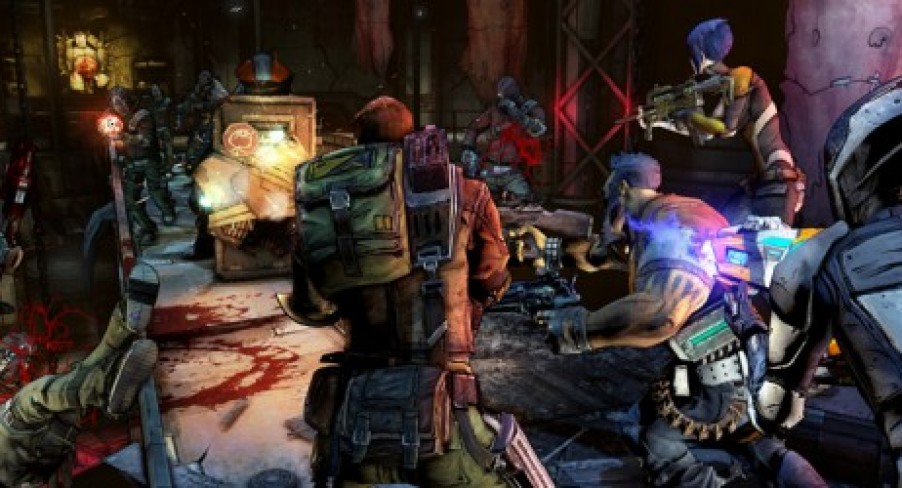 The wait is finally over. Borderlands 2 is here and it drops with all the power of a flaming, corrosive, electric, slag bomb.

From the offset Borderlands 2 confirms that this is very much the world you know and love. The plot has (not) shifted from searching out the vault to searching for another “even bigger vault” and you’re saddled with a Claptrap from the start. Acclimatised? Good. Because after that the shooting begins.

Borderlands 2 manages to be one of those rare sequels where a developer takes everything you loved from the original and tightens it up, while throwing out the stuff that didn’t work. The classes don’t deviate too much from the first game, but shake up the old powers a bit. (Interesting to note is the melee emphasis of Zero.) The guns are even bigger, better and more plentiful. The bad guys are still allergic to a bullet between the eyes.

One very welcome improvement in the logistics of the game is not having to pick things up. Dropped ammo and cash is picked up when run over, meaning that the frustration of grabbing the wrong thing and then grabbing another wrong thing while you curse the thing you’re actually trying to pick up has gone. Also gone is the weapon levelling of the first game, meaning that while you may prefer one kind of weapon you won’t suffer proficiency penalties for swapping to something you don’t usually use. Our favourite new feature is the Badass Ranking. Increasing your level of Badassery allows you to upgrade your stats, giving another level of character customisation on top of changeable heads/hair and costumes. Earning Badass tokens incentivises the challenges and will extend the games’ longevity if you want to become the Badassingest. The multiplayer is much like the first game. Get a bunch of your friends together and murder your way across Pandora. The more people you have playing together the tougher the bad guys and the sexier the loot. Simple. You are going to want to play this mode with your friends though because there’s nothing to stop your team members stealing your swag. At least if it’s somebody you know you can smack them the next time you see them.

An almost infinite number of weapons, mixed with four character classes (each with three skill trees), multiplayer mode and planned DLC of 4 campaign addons and another character class mean that you more than likely won’t need to buy another game this side of Christmas. Take all of that along with the fact that this game is just so much gorram fun and it’s difficult to give it anything but five stars out of five. Top of its class.