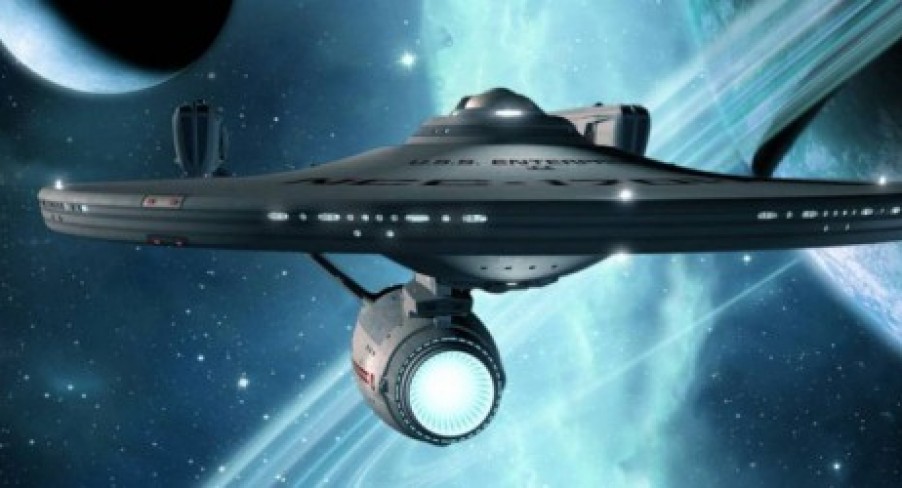 Artist Juan Ortiz is in the process of making a poster for every episode of Star Trek: The Original Series – 79 in all. Luckily for his hand, he hasn’t taken on TNG episodes… yet. This is only the 3rd set in the huge undertaking, each of which is available to buy (or pre-order, in the case of this set) from the pillar of geek merch that is QMx.

Ortiz explains the inspiration behind each of the prints to QMx,

Episode 44: The Trouble With Tribbles. “The Enterprise is metaphorically bleeding Tribbles,” says Ortiz. “I wanted the poster to be fun and colorful, and hopefully [to] make people smile.”

Episode 36: Catspaw. Here the artist wanted a stark, bold look, with the Enterprise in the cat’s mouth. Says Ortiz, “I think that’s the playful part, sort of a ‘look what the cat dragged in’ moment. Staring out the window and seeing empty eyes reflecting back at you creates that eerie feeling.”

Episode 27: The Alternative Factor. The Beatles’ musical fantasy film Yellow Submarine meets the The Who’s rock musical Tommy in this print. Ortiz notes, “Lazarus’ time ship reminded me of the Beatles’ yellow sub, so I went with that in mind and with the sea of holes representing the doorways through time.”

Episode 70: Let That Be Your Last Battlefield. “Before I upset any fans,” explains Ortiz, “I intentionally flopped the colors so that the white and the black could face each other.” He adds, “I used the exact same face for both faces, which I hope demonstrates the absurdity of racism. I kept the faces as simple shapes so that the rage between the two, defined by the touches of red, would translate better.”

You can also read the interview with StarTrek.com to find out more about the artist and his art.