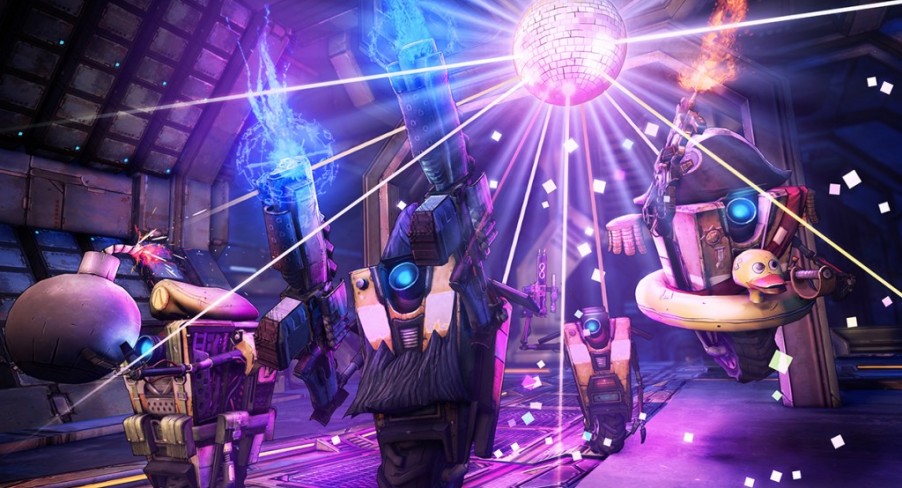 Cue squees of delight! Yes, the official launch trailer for Borderlands: The Pre-Sequel is here. This trailer has everything: lasers, jet packs, a pirate ship’s poop deck. If you’re desperately excited, raise your hand.

Play as four new bad ass character classes as you take on the corrupt Dahl forces on Pandora’s moon, Elpis, under the leadership of Handsome Jack. Discover the untold story set between the original Borderlands and Borderlands 2 in Borderlands: The Pre-Sequel.

The game is out now in North America (typical) and scheduled for release this side of the pond for PlayStation 3, Xbox 360, PC, Mac, and Linux on October 17th, 2014.