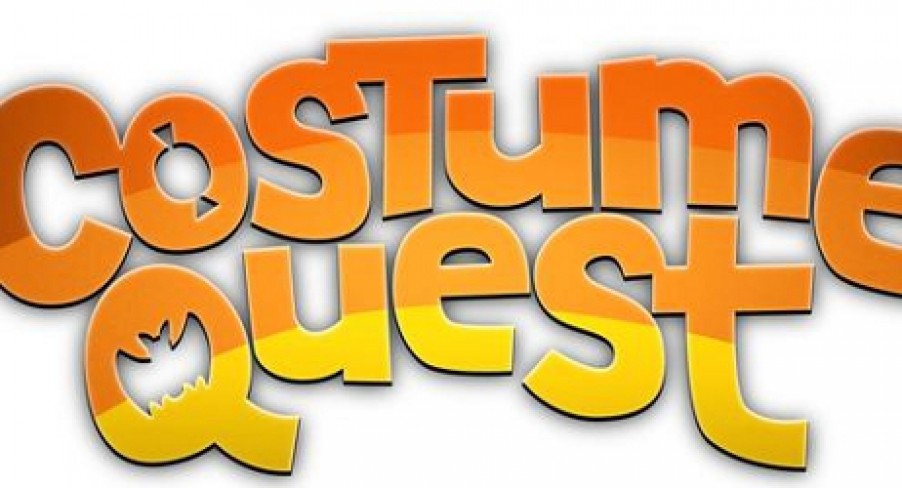 Boo!! Did I scare you? No? Well neither will Double Fine’s newest creation Costume Quest, a game that won’t eat your brains, but might eat your heart.

One of the cuter games we’ve seen in a while, this XBLA/PSN title is charming, funny and festive, proving to be much more treat than trick. The story follows Wren and Reynold on Hallowe’en as their night goes distinctly Pumpkin-shaped. With one of the siblings kidnapped by the wicked Dorsilla, the other must trick or treat and battle to save them.

Players treasure hunt their way through levels collecting costume pieces to assemble different outfits. Much like Final Fantasy’s job systems, each outfit confers a different skillset, in and out of battle. The game itself is an RPG stripped down to its basics, making it easily accessible to newcomers to the genre. Veterans will find little challenge but Costume Quest has enough spirit and charm to make up for what it lacks in terms of hardcore gaming.

The costumes themselves are inventive and, on occasion, hilarious, urging you on to collect all of the required pieces for a full set. Minigames include an apple bobbing game and a trading card collecting quest, lengthening playability slightly.

Overall Costume Quest is a brief but very satisfying affair, appeasing the Pop Culture Monster no end. If you find yourself looking for something to put you into a Hallowe’en mood or if you just have a few hours to kill, PCM recommends that you indulge your inner little monster and get your hands on this seasonal gem.