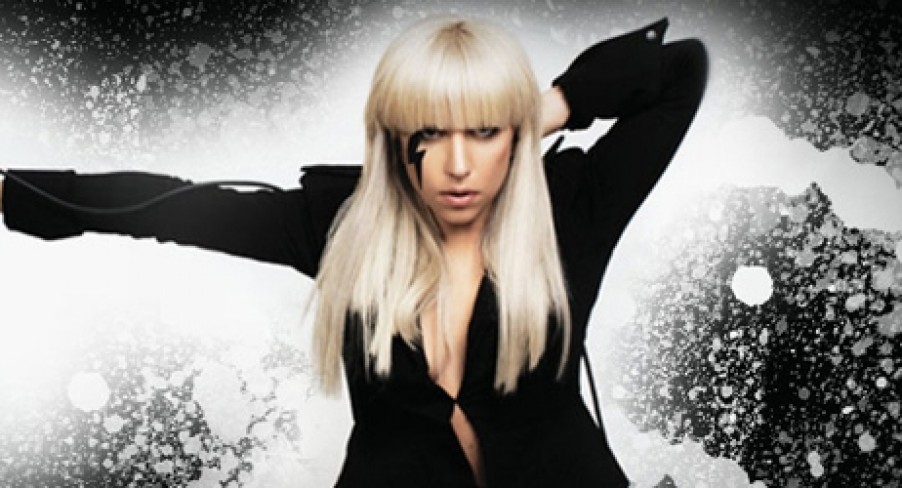 This week Lady Gaga brought her ‘Monster Ball’ back to our little isle but kicking off the night was her support act New Yorkers Semi Precious Weapons. I wasn’t planning on mentioning any support act because I’ll be perfectly honest, I’m usually the type of person who ignores them unless I’ve some previous knowledge. These guys have been playing with Gaga since ’06 so it’s really no wonder she chose them to come on tour with her. Once Justin Tranter and co. took to the stage, it was hard to dismiss his in-your-face stage presence whether it was your thing or not. Tranter comes off as self-assured and obsessed singing lines like “I can’t pay my rent but I’m f*cking gorgeous” and but if there was one thing he knew how to do (asides from strut in heels), its how to gear up an already energized crowd by teasing fans with his own band’s merch as well as with the jewellery and shoes off his own back. Tranter talks the talk, constantly reminding the audience of who they came to see – as if anyone would forget – making the audience even more eager when he smirks, ‘Yes, I said it… Gaga!’

As Lady Gaga graced us with her presence, she fittingly remained behind a veil that covered the entire stage allowing us to see only her silhouette while she sang Dance in the Dark. She puts on an incredibly theatrical performance that is somewhat like a warped pantomime, and it doesn’t just include her outfit changes – most of which were phenomenal. The show tells the story of Gaga and her friends journey to, you guessed it, the Monster Ball. Harking back to her controversial VMA performance, she fake bleeds during Monster while her dancers ‘eat’ her heart out just like the song says. This leads to Teeth where she gyrates with dancer Michael who she states likes both Irish girls and boys! Her performance of So Happy I Could Die begins as she and her friends, who abandon her for a short while later, are consumed by a ‘tornado’, which descends from the O2’s ceiling. It’s reminiscent of Dorothy’s journey to the Land of Oz. She emerges in a brand new outfit, of course, this time looking like a fairy – white ball gown, headpiece, wings and all. This outfit was possibly her most remarkable one. Heck, it even moved on its own accord. Here, Gaga is brought up on a pedestal where she reassures her fans that this way she can see everyone. In Paparazzi, she’s confronted with the Fame Monster which oddly takes the form of a sea monster. Obviously, she’s triumphant!

Before her first sung song and sporadically throughout the show, Gaga shows mini-films all of which feature the songstress – some detail her covered in masks or blood which may turn off some folk but overall it’s a nice addition to the show and makes the moments where she’s offstage changing her outfit seem as if she hasn’t left at all. Unlike a lot of superstars who keep conversation to a minimal while onstage, Gaga freely spent large sections of her show towards doing the opposite. Known for her desire to make her ‘Little Monsters’ feel as if they have a place they belong, it seems Gaga sets up the show to do just that. In one part, she walked around the stage with a sceptre-like torch just so she could read aloud fan made posters. Her dancers picked up the gifts thrown onstage which prompted her to say it was like having Christmas everyday, she wore the green hat of a stuffed leprechaun stating that no hat is too small for her and, after her show, she posted a picture of a unicorn to show she had kept her promise that it was to go un-beheaded. She reiterated at more than a few intervals that she doesn’t lip-sync which seems to prove her validity, if only to herself, as a proper artist who doesn’t sell her fans short. By creating herself as the poster girl for misfits she has smartly created a niche market that I don’t think any other female pop star of her calibre has done in a long time. She slipped in references to Irish culture switching lyrics – ‘Irish Jameson whiskey eyes’ replacing the famous ‘Johnnie Walker’ line and dedicating the yet to be released You & I to her Dublin fans. Though it’s obvious to anyone with brain that what she’s doing is attempting to make everyone feel special. Aside from the overwhelmingly high possibility that she reuses the speeches that roll off her tongue as easily as the lyrics do, she still manages to make every single person in the room – and remember there are about 13,000 in a full house – feel as if they’re the only person she is concerned with.

She wisely chose one of her bigger songs, Bad Romance, to go out with a bang. Thing is, it just leaves her Little Monsters wanting more especially since her second record Born This Way has no release date as of yet. So in the meantime, let’s sing it… Rah, rah, rah-ah, ah!

The Best Bands of Electric Picnic 2011 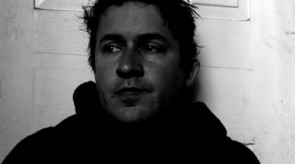 There Is No Sin Backstage Recording