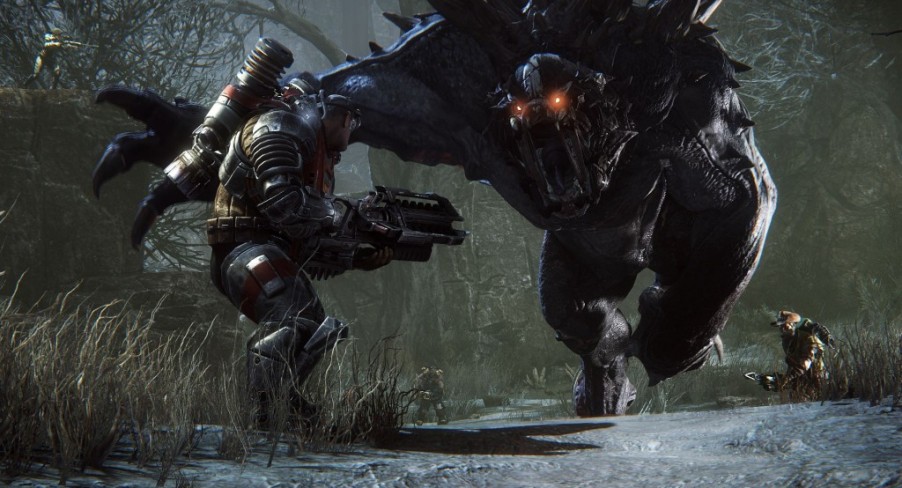 In a somewhat surprising turn of events, Take-Two Interactive have announced that the 4 v. 1 c0-op shooter Evolve has been delayed 4 months. The game was due for release in October of this year but has now been pushed back to Feb. 10 2015. The announcement was made in the company’s first quarter 2015 earnings release and is a surprising move, given that the hype train for this game was just getting up to speed.

The game won quite a few awards at this year’s E3 in June and was considered by many, if not most, to be the outstanding game at the show, even winning the Game of the Show award. Given the number of accolades the game received from the show and the hype already surrounding the new game from the developers of Left 4 Dead, it’s certainly an unusual business decision on their part to delay it. No reason was cited in the report and as of yet, no one seems to have gotten a comment from 2K or Turtle Rock.

We’re assuming at this point that it is being delayed in order to fix or add something. Many people complain about delays in games being released, which is understandable particularly considering that the current-gen games have been plagued with delays since launch. However, if a publisher delays a game in order to improve something for us, the users, that it is a good thing. Nobody wants an unfinished game (here’s looking at you, Battlefield 4). Huge bugs make the gaming experience frustrating, and can turn you off an otherwise fantastic game. So, if they delay is to improve something, you go on with your fine selves 2K.

I also have to say I’m oddly relieved as it frees up October that little bit more. So although we’ll be without a fantastic game for a little longer, our wallets may be much happier for it!