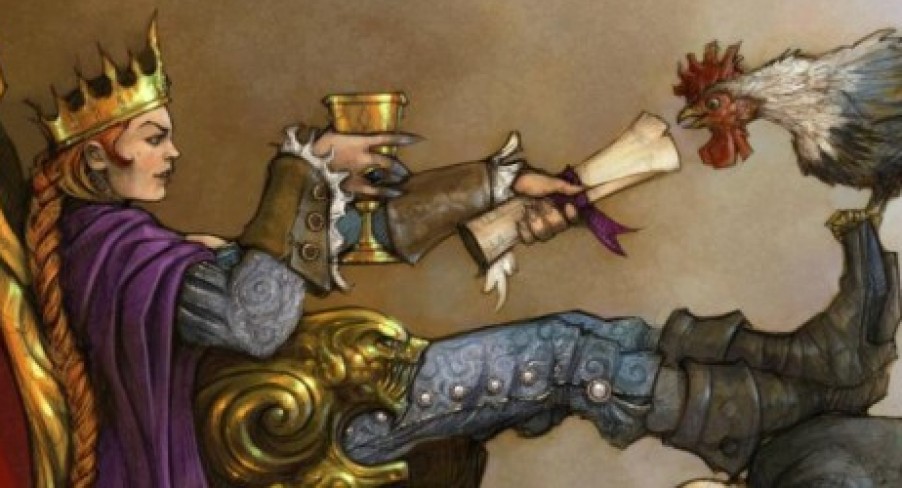 It’s been two years to the week and at long last Lionhead follows up its multi-award winning Fable II with an aspirational sequel, set approximately 50 years after the series’s second installment.

We could go on to describe the plot in labourious detail but let’s get down to the nitty gritty, shall we?

Largely unchanged from the previous games, the combat of Fable 3 offers no challenge. As before, you slash, burn and blast your way through with no consequences for failure, no variety and no incentive to fight. In fact, aside from a few key battles, it is entirely possible to run from 3/4 of the random encounters with no negative repercussions. As for the levelling system, the orbs have been removed in favour of general experience so that players can focus all of their exp into a single stream, leaving no need to diversify your combat. An attempt to offset this uniform combat is made by providing achievements/trophies for mastering each combat aspect but these obviously have no bearing on your game.

The weapons are the high point of the combat system, with your primary Hero Weapons evolving and changing appearance according to your style of play and alignment. Other weapons have three potential upgrades each, achieved by fulfilling specific tasks (killing 200 enemies at night, killing 40 wolves etc.), giving the completionists some purpose to the combat. Morality: Or How I Learned That Nothing Really Makes A Difference

Unlike Fable II where your decisions shape the world from the very beginning, Fable III takes a radically different approach, namely: nothing you do matters. Decisions you make for the first 5/6ths of the game have no bearing at all on the later game. The decisions you make on the road to being crowned have the same end result. When the player finally does become King/Queen, it is then that their choices shape Albion, but by this point the rewards and setbacks of the morality system are not clearly defined enough to produce the desired emotional impact.

Additionally, your character’s alignment no longer has the same physical effects on your character, with the angel/demon dynamic only barely represented by the end of the game. Taking from the fun of creating paragons of beauty or twisted monsters.

One redeeming feature of the game is the absence of Fable II’s lengthy menus lists. Now, instead of scrolling through endless lists of inventory, players are whisked off to the Sanctuary when the game is paused. Here, items are sorted into dressing rooms for your browsing pleasure. This feature is both time saving and rewarding, seeing your collection amass in the alcoves of your storage rooms. While many aspects of this installment could gladly be thrown out, this is one we would save from the scrapheap. Do you know the way to Bowerstone?

The map and fast travel aspects have also been overhauled, leaving most of the map open from an early stage. The fact that you no longer have to travel to a town to teleport to it has removed the exploratory element of the adventure. As such, the world map feels stacatto and disconnected, with little cohesion between regions. We also miss many of the old locations, given that those present are barely recognisable.

All the world’s a stage…

Character interaction is radically different, with your hero interacting on a one-on-one basis. This means that impressing the locals is slow and tedious. While it may make for a more realistic development of personal relationships, it is arduous and time consuming, making it not worth it in the long run. Pop Culture Monster suggests that you pick a potential spouse, waste your time on them and forget the rest of the population.

Having said all of that, the vocal talent of the game is of a very high standard with contributions from Simon Pegg, Bernard Hill, Ben Kingsley, Naomie Harris, Jonathan Ross, Stephen Fry, John Cleese, Zoë Wanamaker, Mark Heap, etc. Making the 40+ hours of dialogue a pleasure to listen to. Somebody call an exterminator!

At this stage in the series all we can hope for is damage control on Fable’s bugs. No beetles to fight in this one, because they’ve all crawled into the code and eaten it. Vanishing buildings/people/landscapes, an insane dog, inconsistent HUD and even (apparently) a glitch that saves after you’ve begun to fall into a bottomless chasm. The less said about Fable III’s bugs the better.

Pop Culture Monster doesn’t throw the words ‘massively disapointing’ around a lot and so we’ll say this: Fable III is… disappointing. Lionhead’s attempts to refine the gameplay of Fable II into a sleek new iteration have resulted in a bit of a tangled mess. We at PCM are of the opinion that Peter Molyneux should spend less time trying to change the world (Somebody put out an Amber Alert on Milo please), and more time getting it right. Watch this space for Pop Culture Monster’s Fable IV proposal coming very soon.