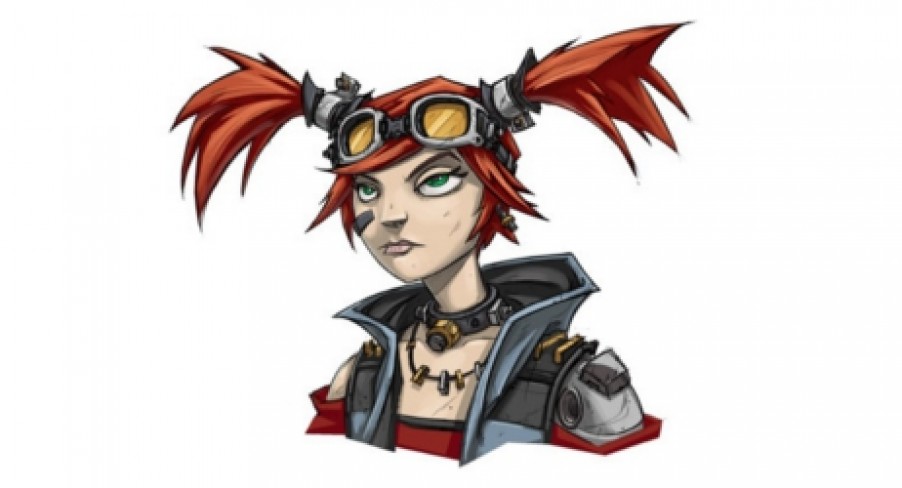 Last night, Randy Pitchford, president of Gearbox Software dropped a tweet that we’d be getting a surprise from them in the next 24rs or so…

There may be a big surprise from us within the next 24 hours or so. Stay tuned!

I began by thinking that it must be more Golden Key codes or more DLC announcements. I mean, it was set in stone that the Mechromancer class was releasing next week, and it’s incredibly rare that games companies will release anything early. Late, sure. Quite often, really. But rarely early. But then again, calling it a big surprise made me think ‘maybe, just maybe’. We didn’t have to wait long to hear what it really was, as only 7 hours later it was revealed that the new Mechromance class was releasing a whole week early.

So – here’s the surprise, Mechromancer for Borderlands 2 is ready about a week earlier than I promised. Oct 9, all platforms. Woo!

We’ve been treated to some cool videos from her over the last couple of days, including her ECHO logs

Enter Gaige. A teeny-tiny young schoolgirl who is an insane genius when it comes to robots. Her special ability is wielding Deathtrap – a school science project gone really, really right. He’s practically her personal bodyguard and assists you in laying the smackdown on some psychos.

Gaige is a strong character, with a versatile skill set. She’s also incredibly easy to up-skill for those of you who don’t play FPSs so often. The ‘Best Friends Forever’ skillset focuses on healing (you and your team) with skills for Deathtrap to heal your shields, but also it gives you the option to let your bullets ricochet off walls other objects and (possibly) hit enemies. You also have the ability to heal yourself if your gun’s magazine is full. It’s a useful healer class similar to a priest in WoW and would serve particularly well for team efforts.

For both games, I’ve played the Siren class and I’ve focused on creating elemental chaos. With Gaige, elementals have their own tree. The ‘Little Big Trouble’ tree yields a plethora of elemental damage including increasing your chance with elemental effects, along with granting them to Deathtrap. The particularly cool one is the final one ‘Make it Sparkle’, where you can shoot DT with an elemental gun and charge him with its effect.

The third and final tree is a relatively hardcore tree. If you have a habit of reloading prematurely (haha), you’re going to be penalised. If you let the gun reload naturally, you will lose some accuracy but gain damage. It’s a great skillset for those who are hardcore FPS players who want damage over accuracy. Particularly useful for snipers.

With all these skills, Deathtrap becomes adorned with spikes or stickers and such depending on which skill tree you’re levelling. Again, in Gearbox style, there are loads of new references. There’s internet memes (close enough) and (quite possibly) Community references (Fancy Mathematics?, “Streets Ahead” skin). The amount of MLP: Friendship is Magic references in there is, simply magical.