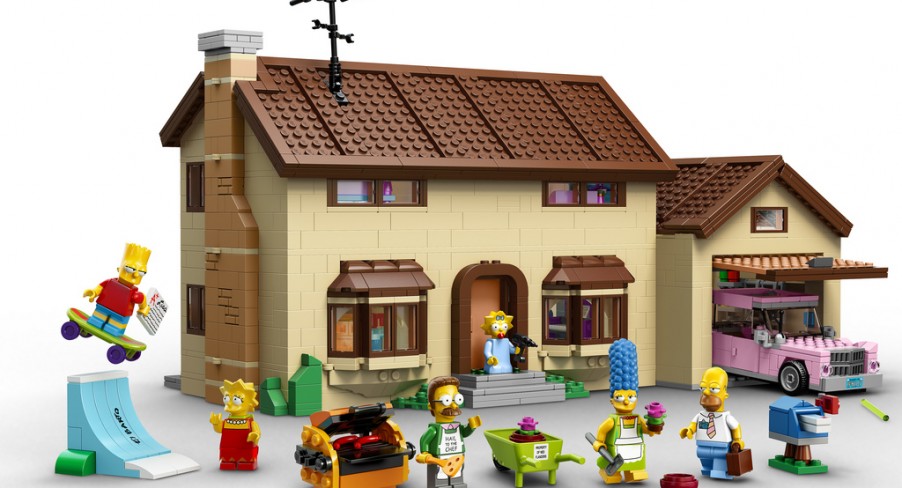 LEGO has unveiled an collection of images showing off their upcoming The Simpsons house construction set and six character Minifigs (including Ned) based on the iconic television series. The sets will be available to purchase this February 2014 from LEGO.com and LEGO stockists.

Obviously undertaking a collection of this calibre, there’s going to be a few problems. With sets based on movies and TV, especially ones that are so ingrained in society, there’s going to be problems pleasing everyone’s expectations. Overall, I think the LEGO designers have done a good job. The house itself is particularly great, but I think the characters aren’t quite working for me. They don’t look like LEGO Minifigs. They look like The Simpsons. Yes, I do understand the irony of that statement, but what I mean is LEGO hasn’t brought any of their style to the table. This set could realistically be a backshop knockoff of a LEGO set and you’d probably know no different. I’m also not particularly impressed with the permanent expressions on most of the characters. I realise they were trying to capture that one defining feature of each of the characters in their eyes, but Lisa looking permanently terrified is pretty concerning. LEGO, for me, is all about imagination and creativity and having one very overt facial expression (I know how you can fix that: IMAGINE they don’t have it, duh!) on the Minifig is limiting.

The construction set will recreate the iconic Simpsons family house in LEGO form. Also included in the LEGO and THE SIMPSONS construction set is the entire family: Homer, Marge, Bart, Lisa and Maggie along with neighbor Ned Flanders. A separate line of 16 LEGO THE SIMPSONS minifigures will launch in all mass toy retailers in May 2014. FOX is scheduled to air a special LEGO episode of THE SIMPSONS in May 2014 featuring Springfield and its cast of characters in LEGO form.

Here’s a behind-the-scenes video of LEGO’s creative process for The Simpsons set: 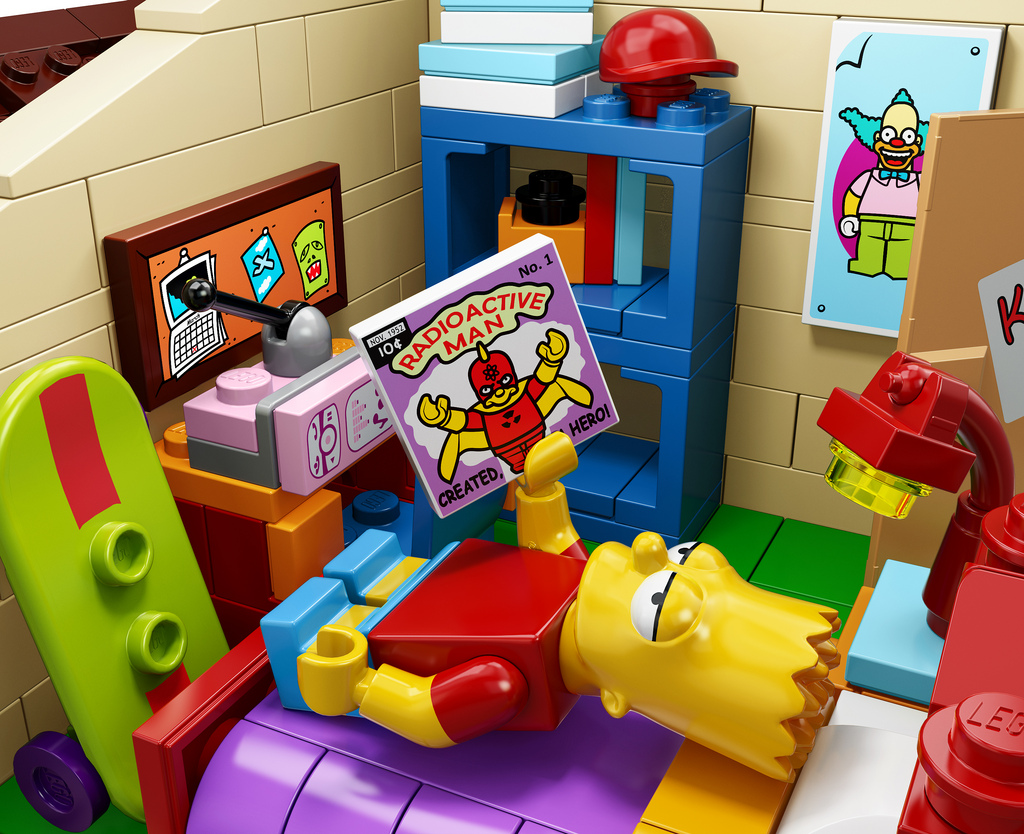 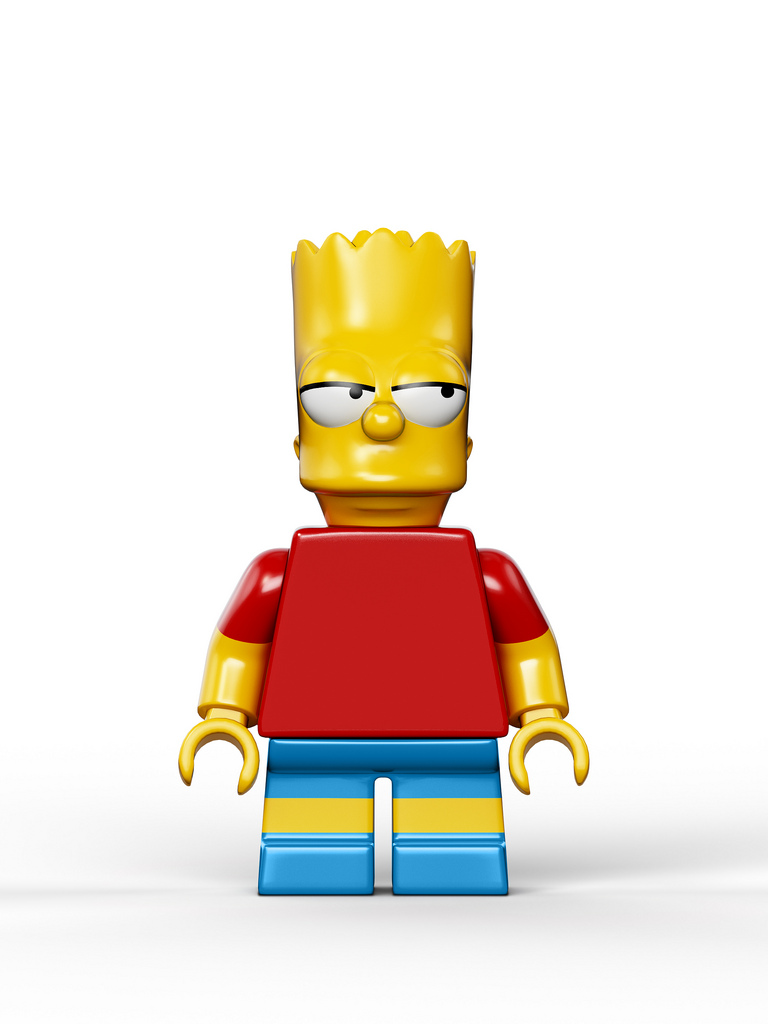 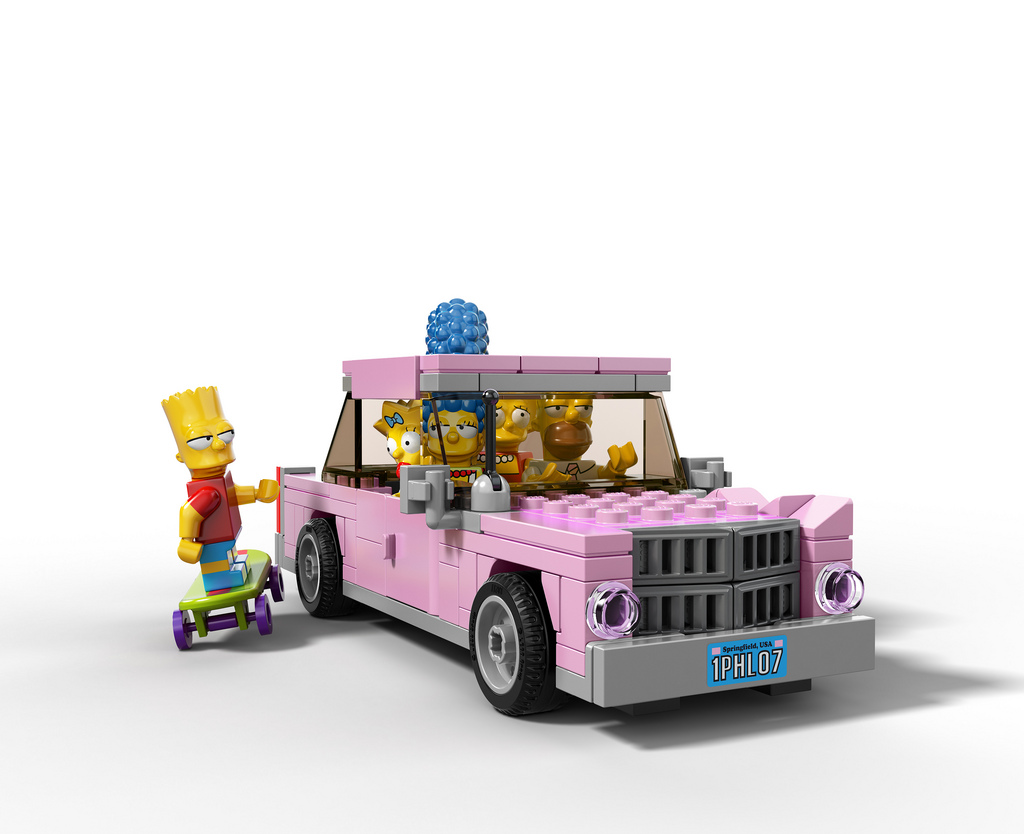 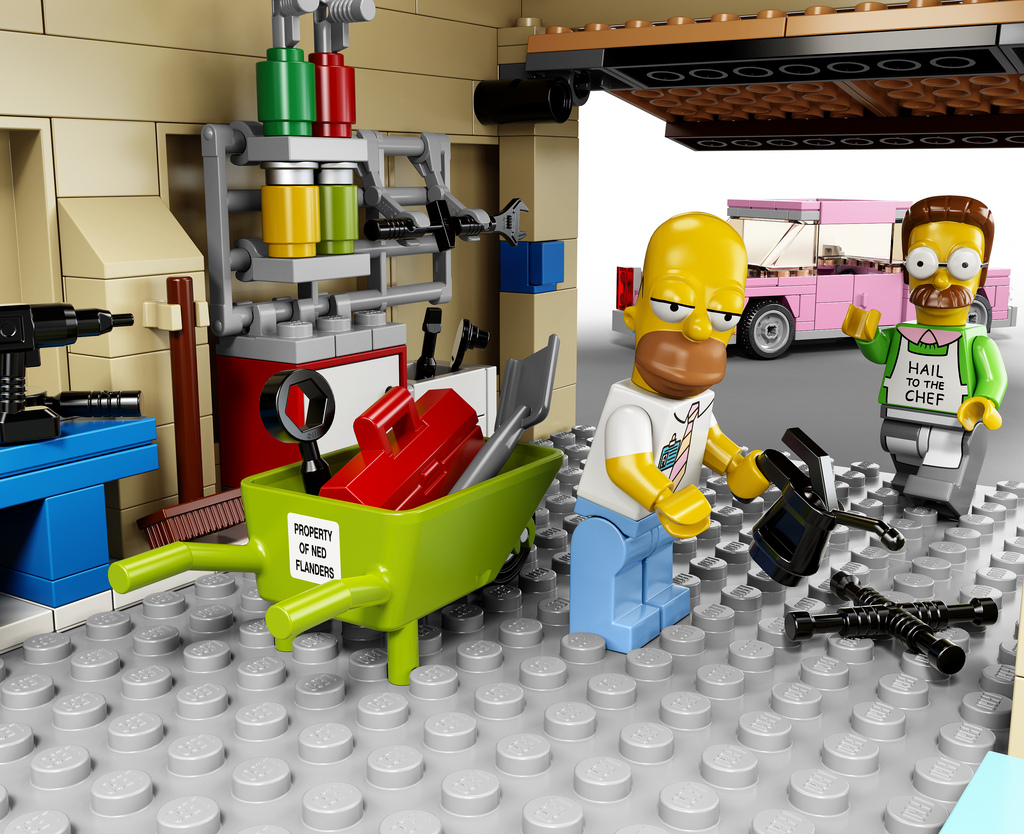 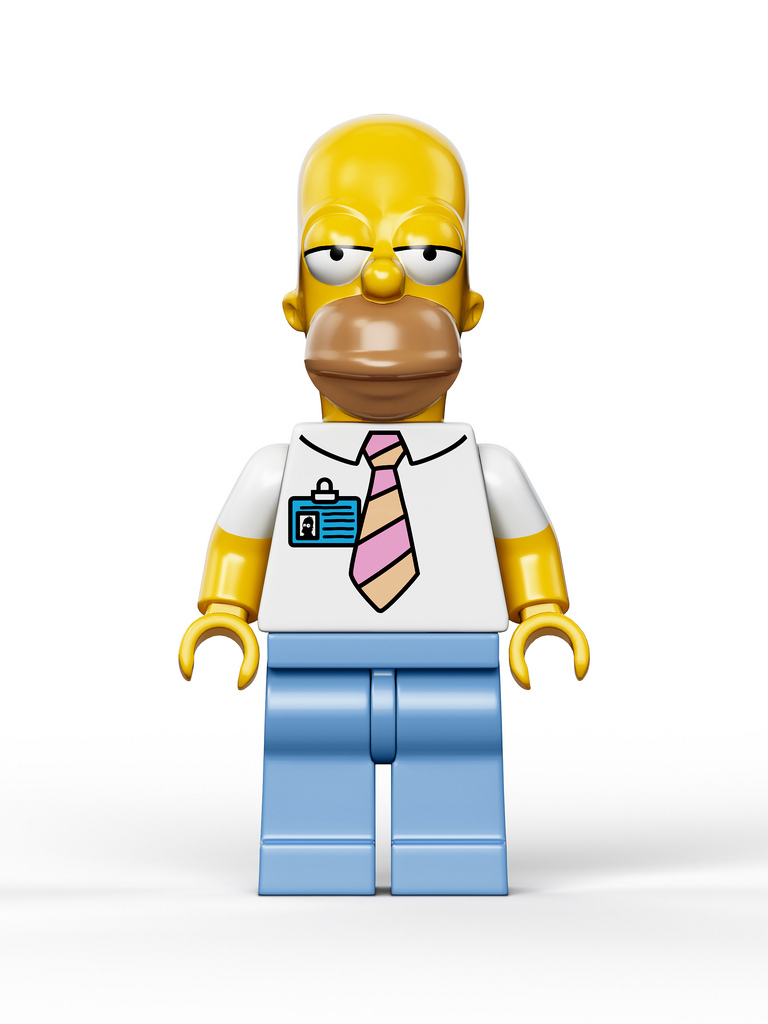 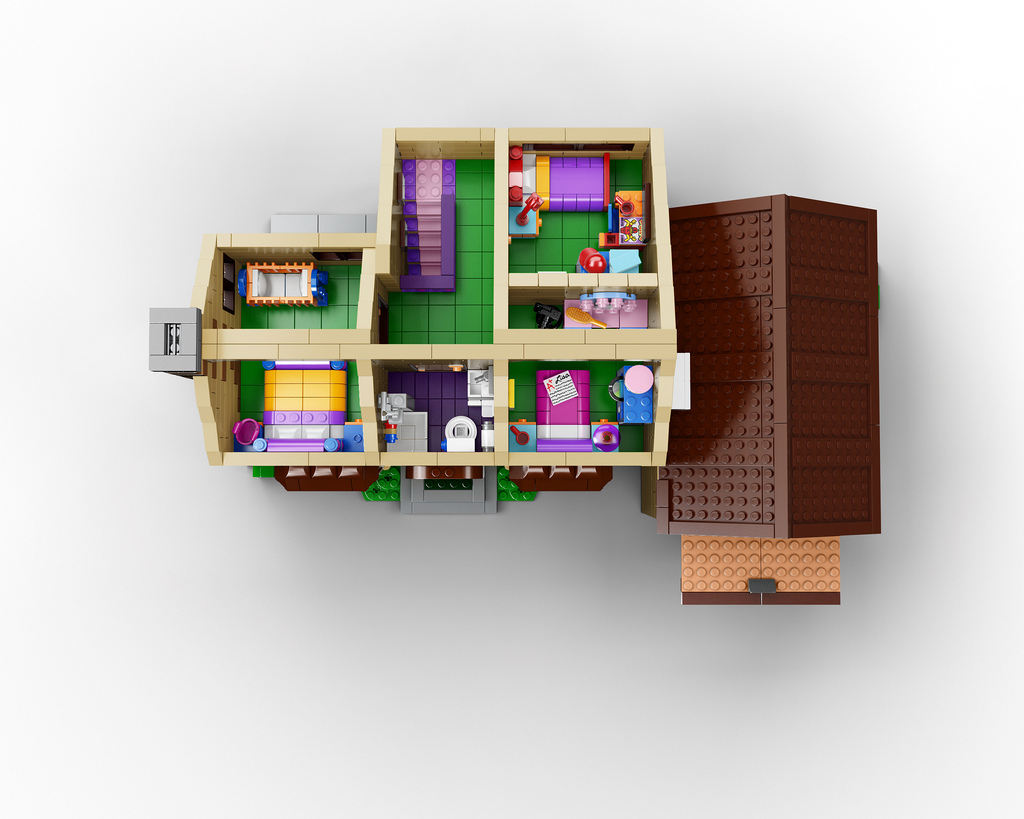 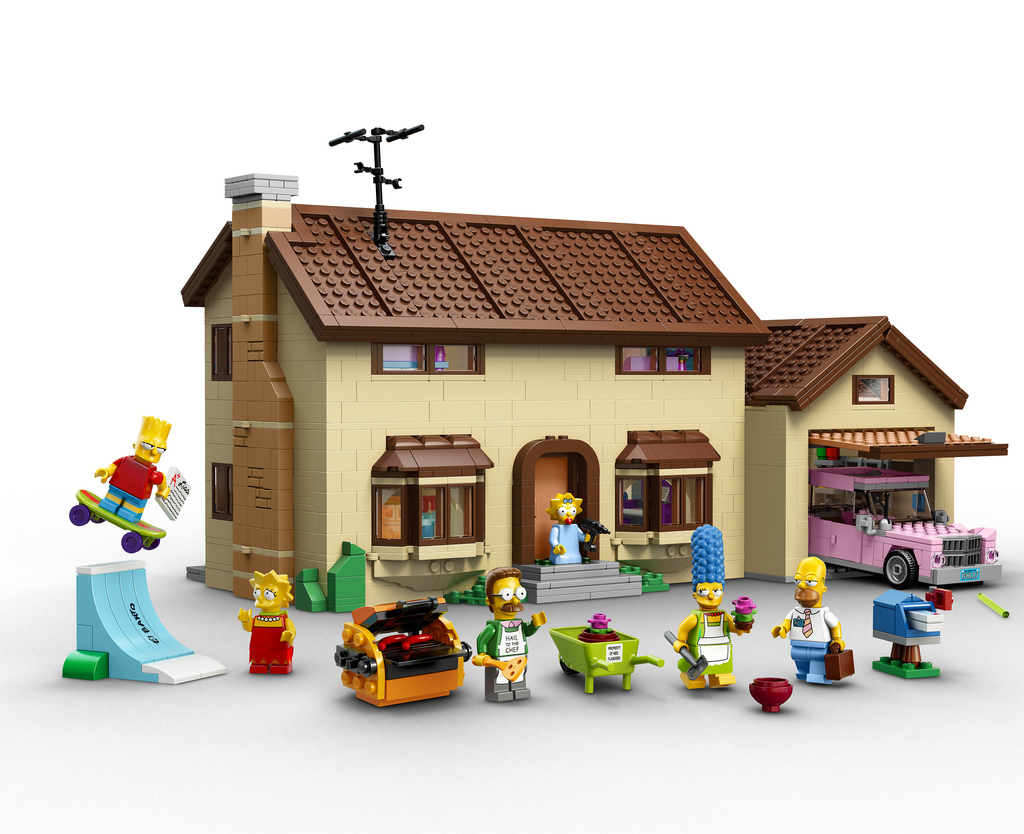 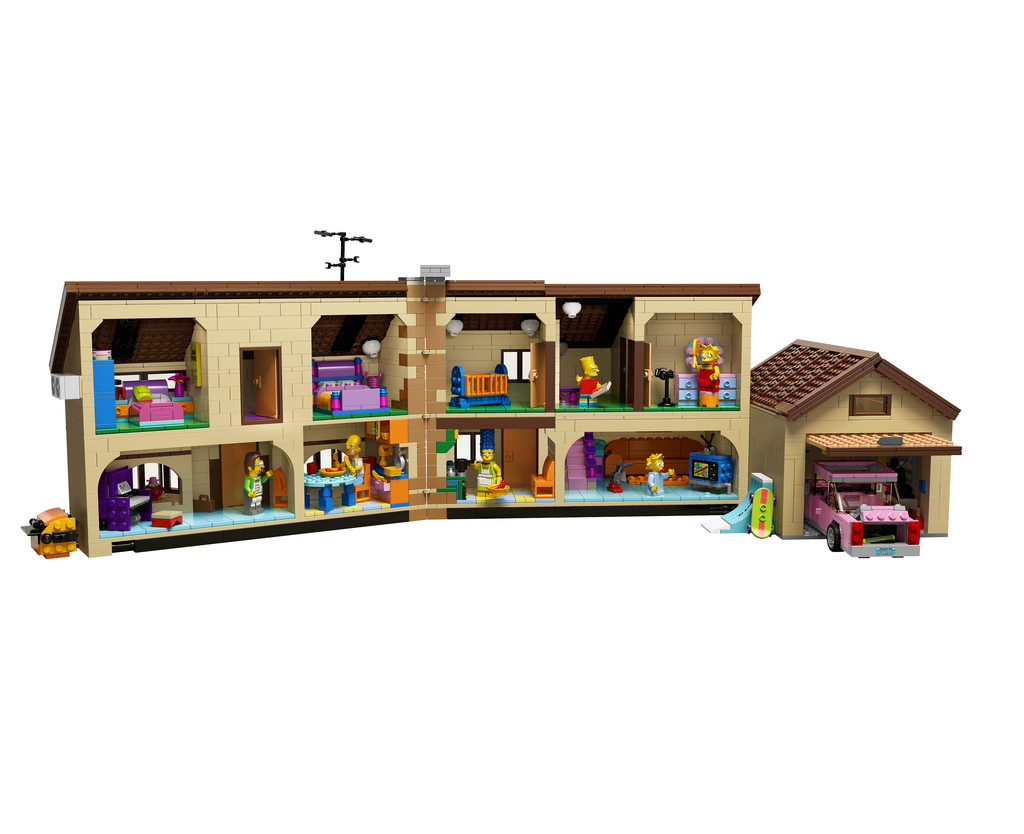 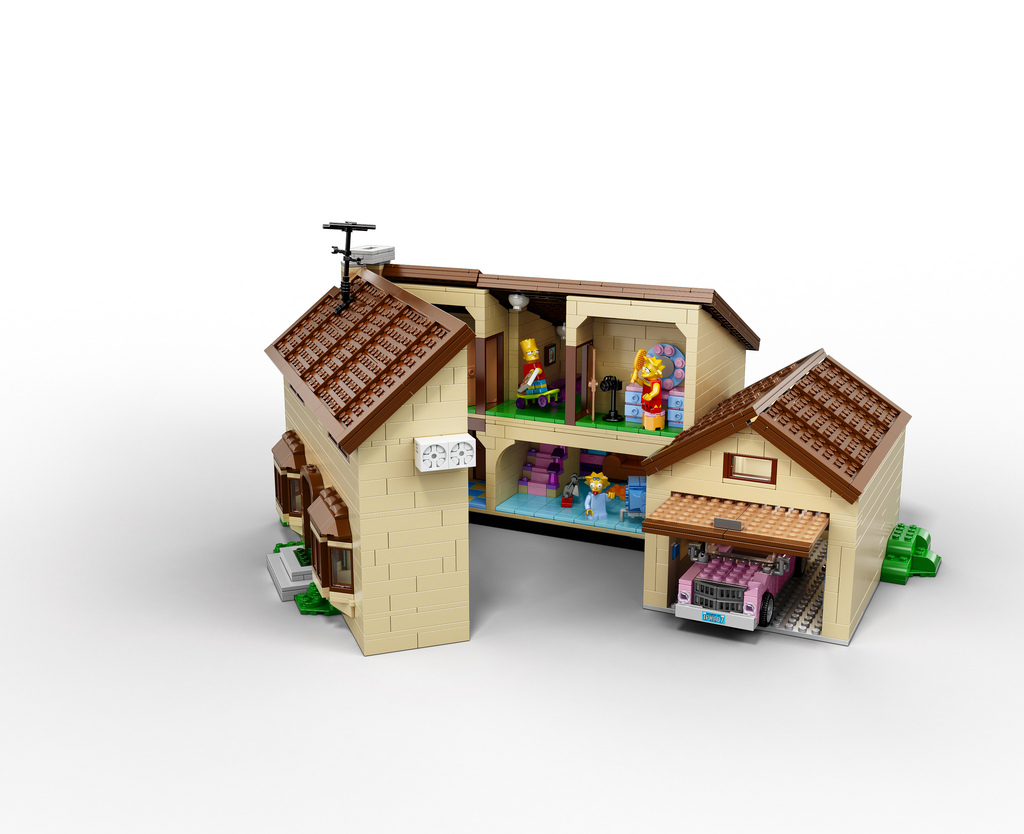 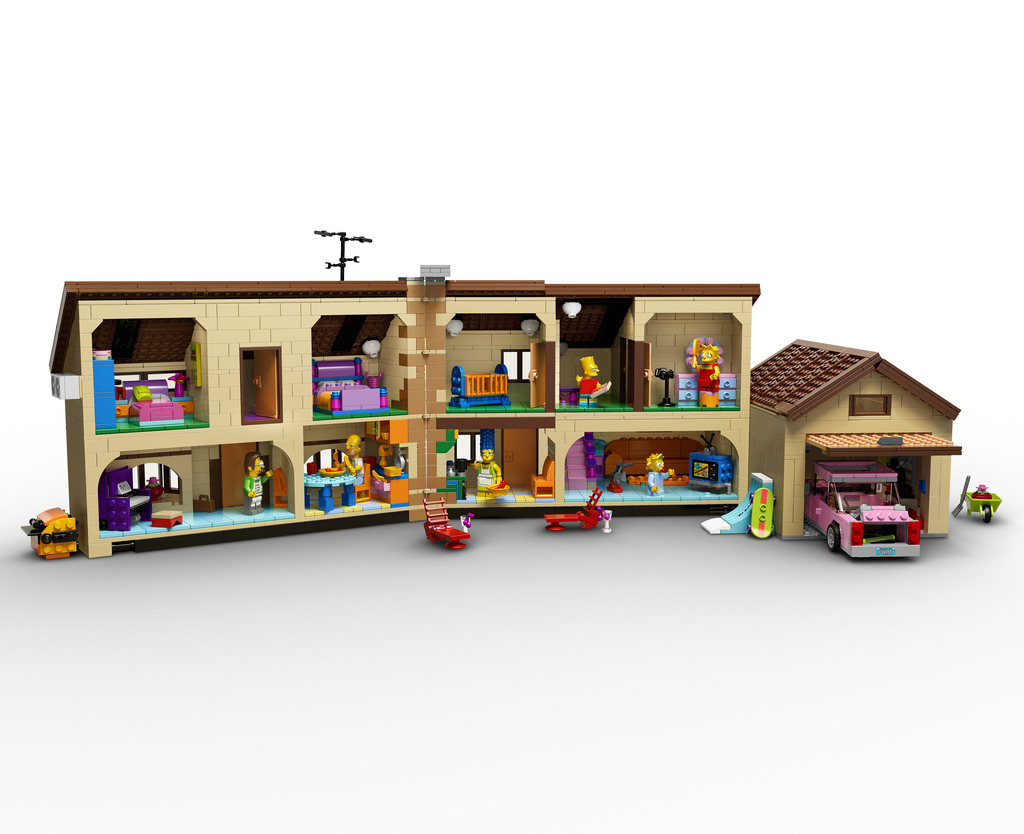 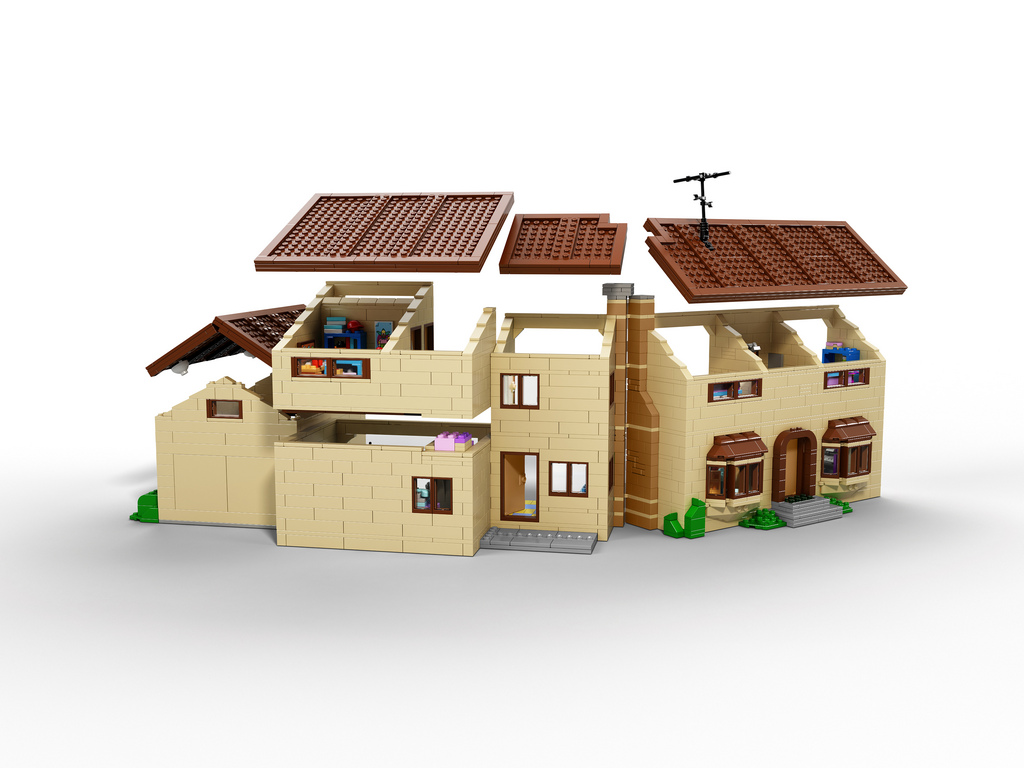 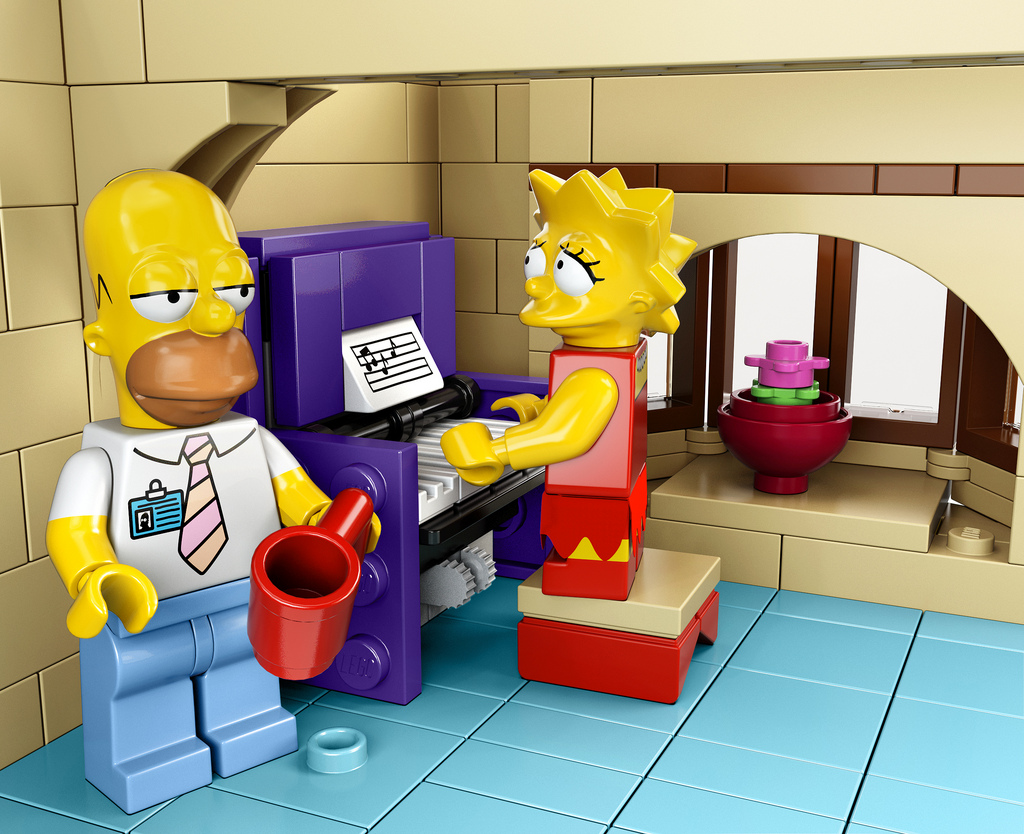 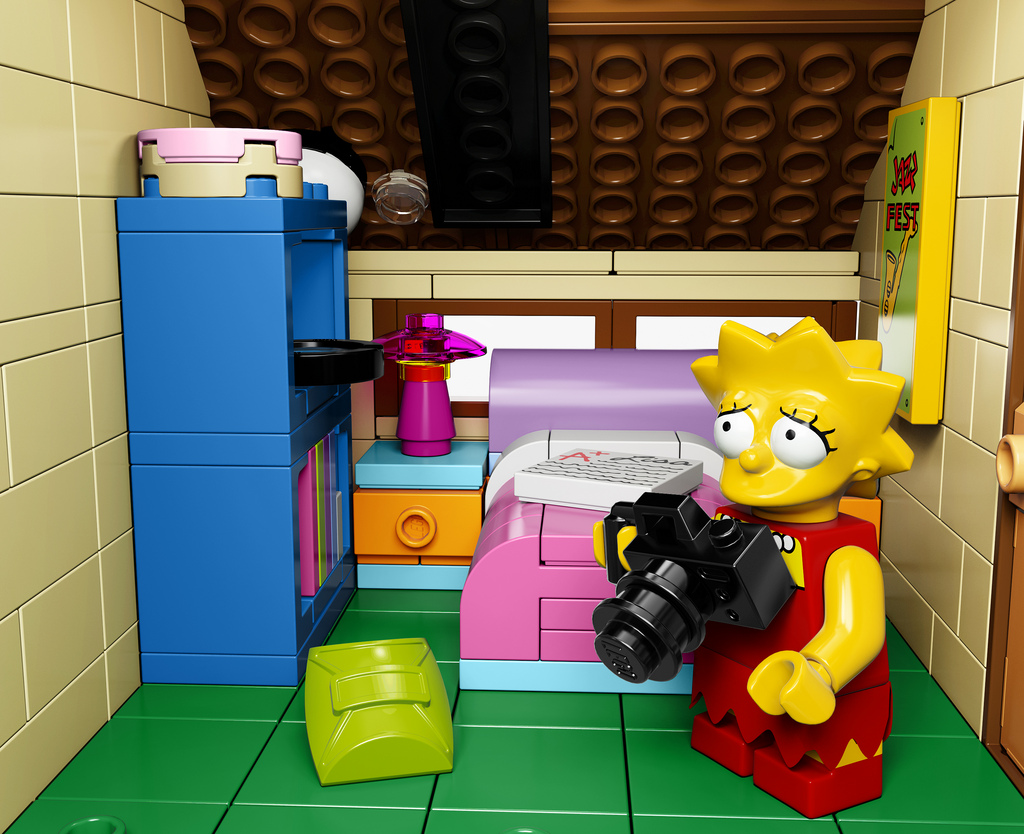 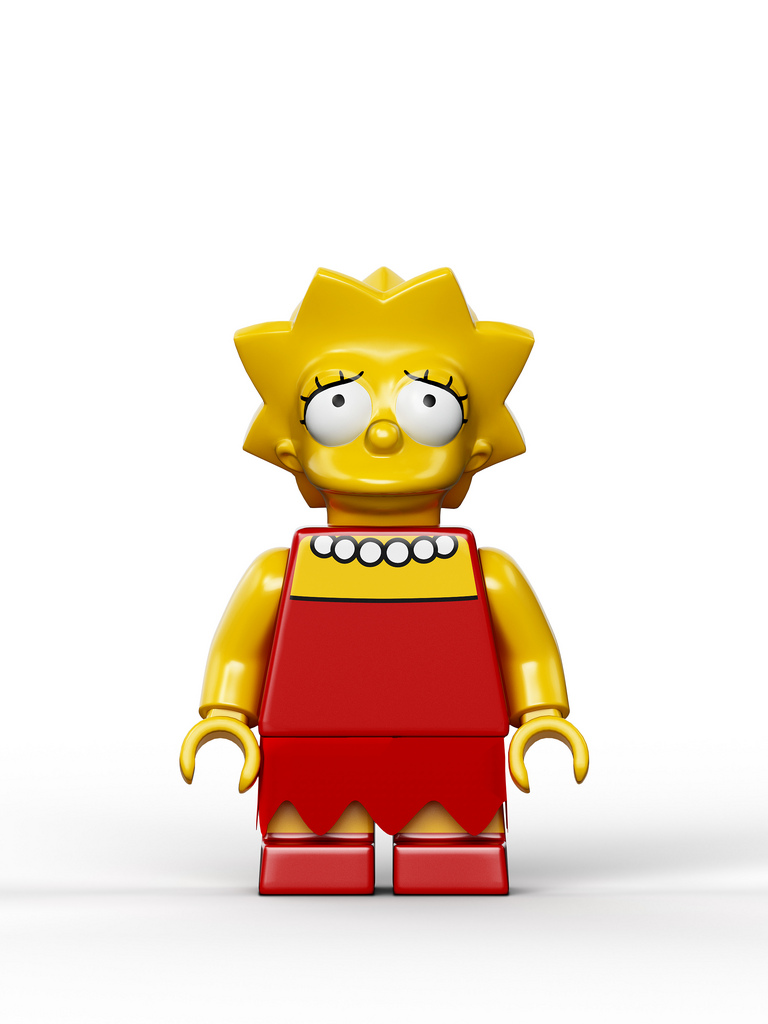 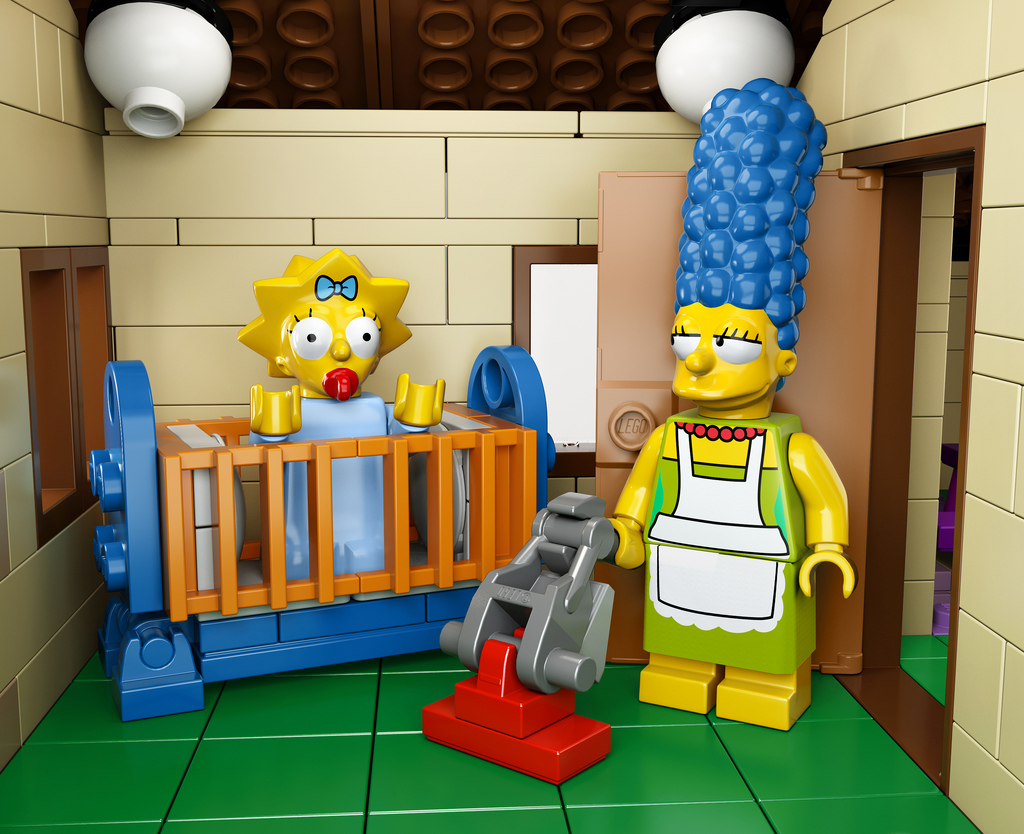 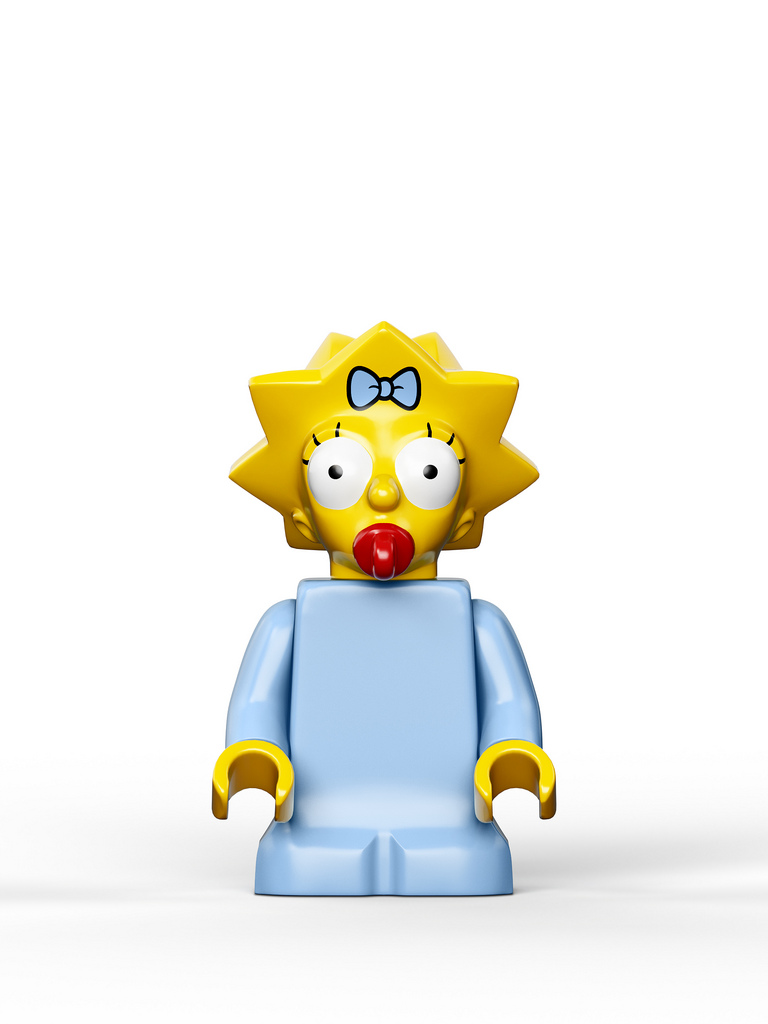 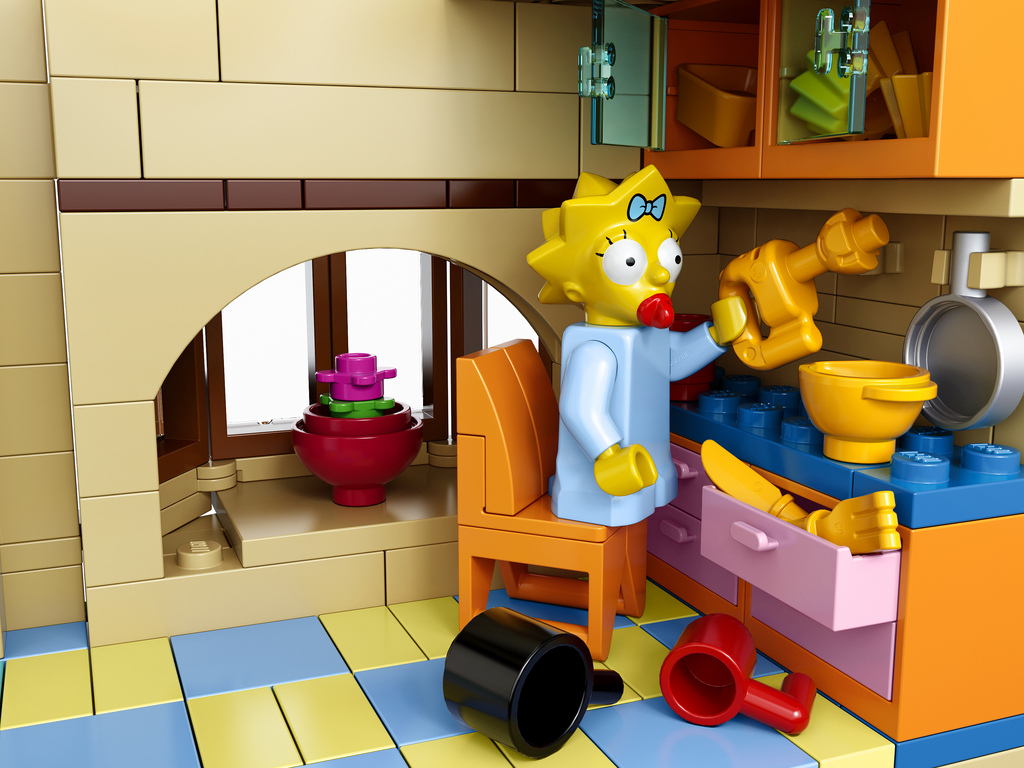 Maggie in the Bathroom 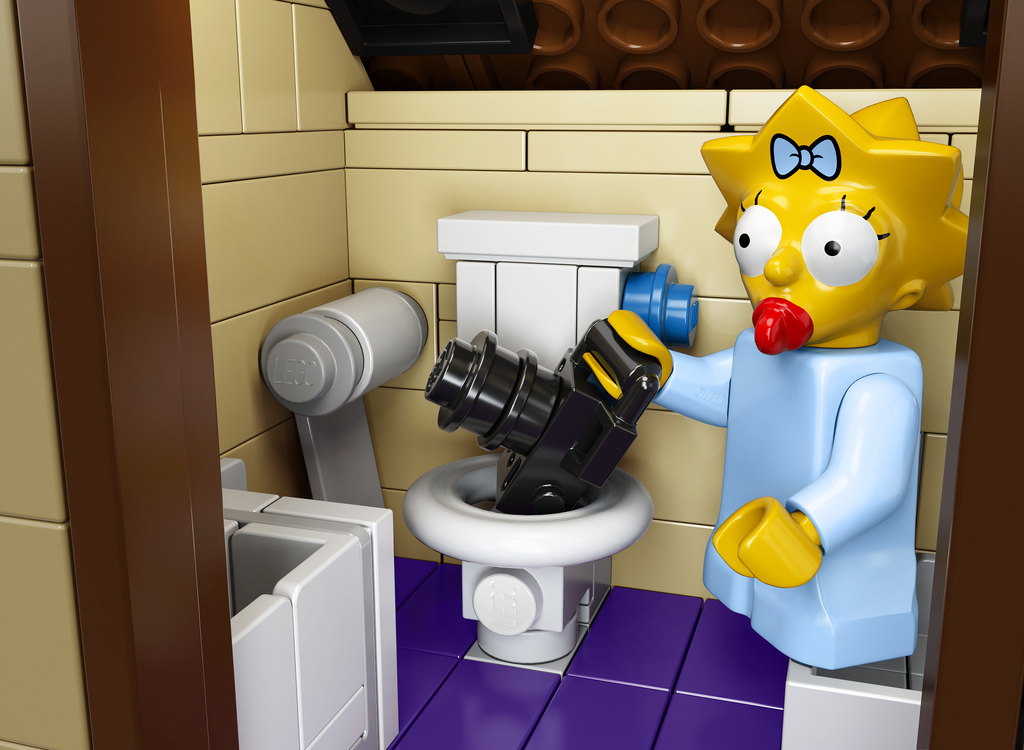 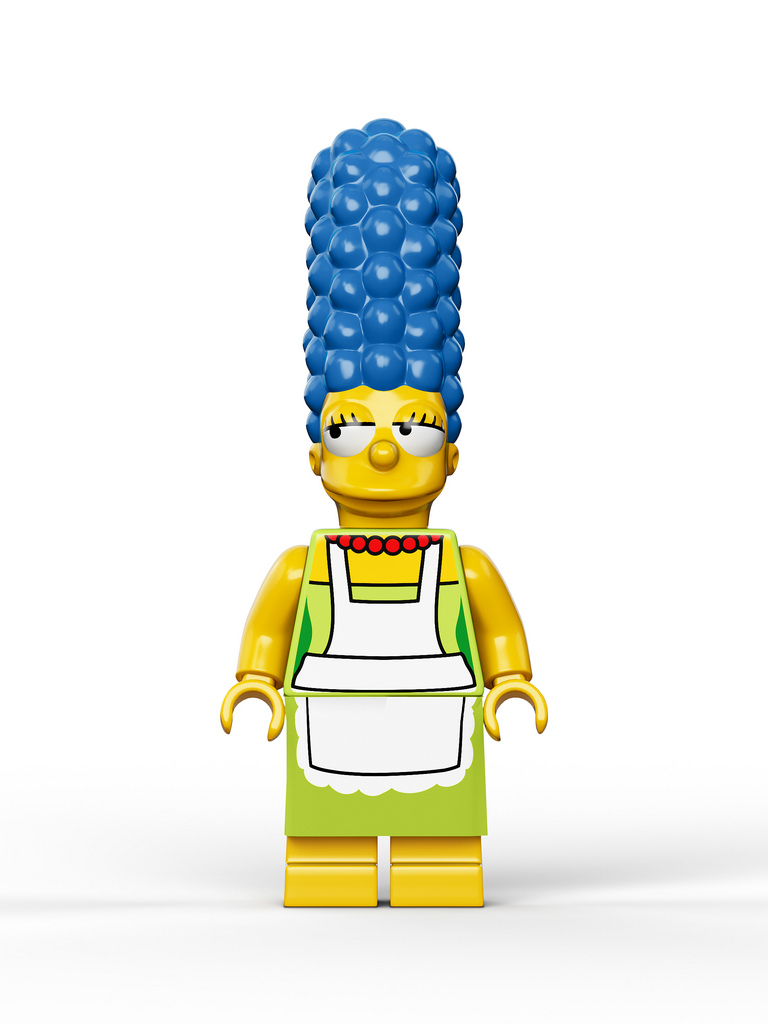 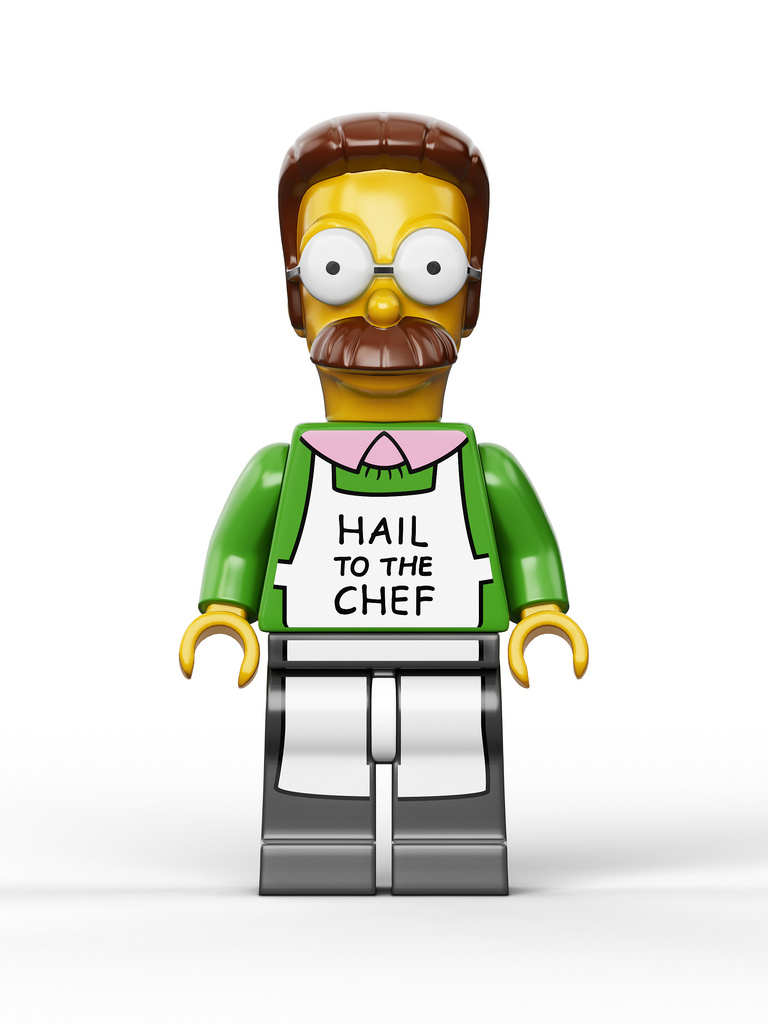 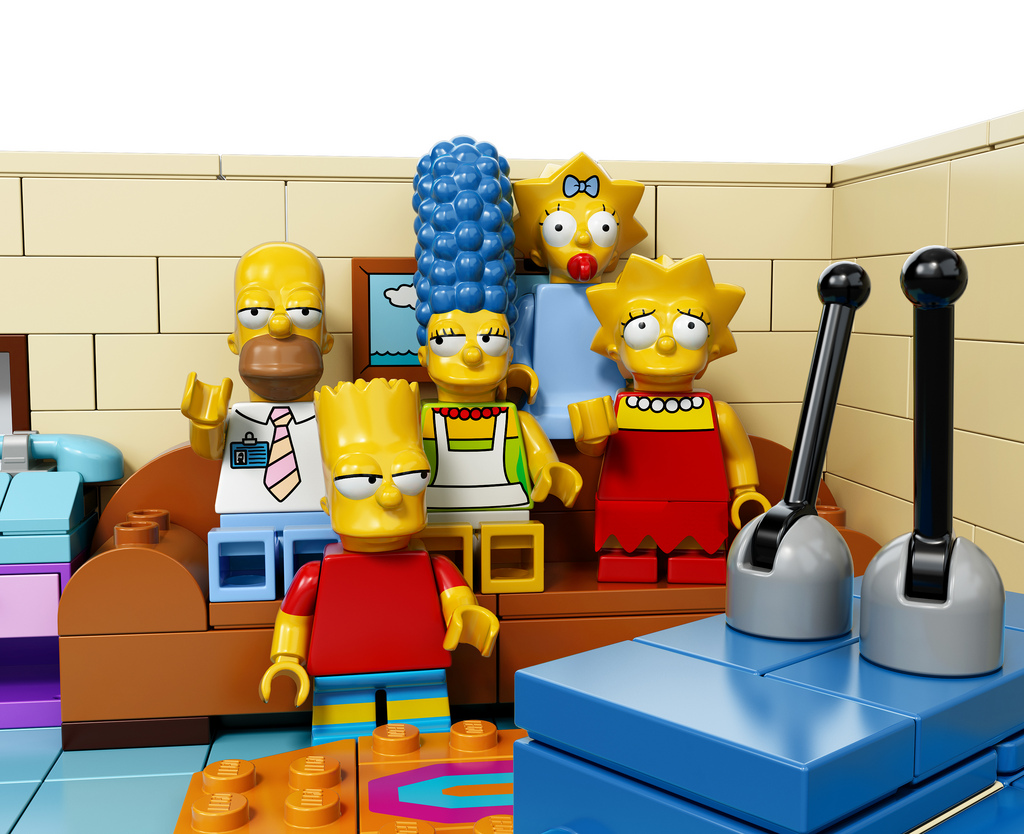