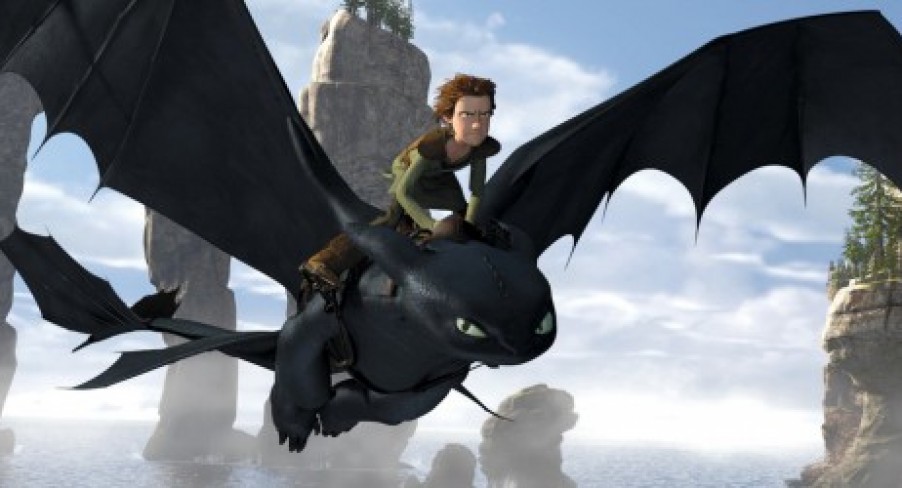 How to Train Your Dragon

Scrawny little Hiccup (Jay Baruchel) feels like he can never live up to the Viking dragon-slayer image that his father (Gerard Butler) has always dreamed he could be. When his village is attacked he secretly goes out in hope to slay his first dragon. Convinced he hit a dragon that has yet to be seen by his village aka the Night Fury he ends up making a bit of a mess resulting his father’s disappointment. Hiccup slips away wanting to find the dragon which he does, and it’s alive. Not finding it in his heart to hurt it, he sets it free. As his father looses hope in his quest to find the dragon nest, Hiccup is enrolled in dragon slaying school. Hiccup returns to where he found the Night Fury and begins to form a friendship with it despite knowing how his father and village would react. It’s a typical kiddie film but it has so many aww moments that’ll make you laugh and a few bits that’ll have your eyes watering. Tis a must see no matter how old you are!