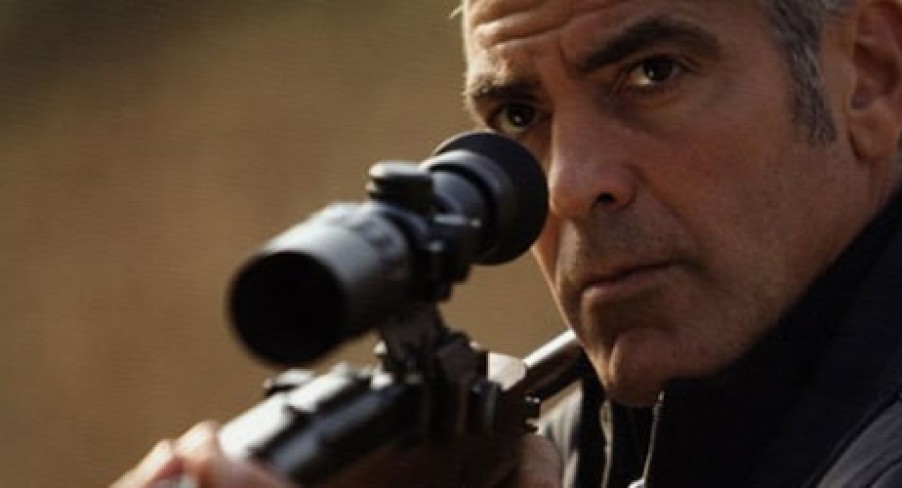 George Clooney plays a guy named Jack, or Edward, who makes specialist weaponry for specialist murders. This skill is ingrained in his every fibre, which makes him the bestest weapon maker, like, ever. His one weakness is love.

He meets a hooker named Clara. We sense he makes use of harlots because in his line of business he cannot trust anyone, and we see at the start a possible mistake he made with a woman with whom he was having a relationship. Jack likes doing push-ups and drinking coffee and making weapons.

He works for a man named Pavel, to whom he is insatiably loyal and hangs on his commands without question. It is very much a master/servant type relationship. But with weapons. People are following and trying to kill Jack.

This doesn’t sound like much of an original plot, and it’s not, per se. The film rests upon its beautiful imagery, wonderful plot devices and its subtlety. There is a moment where everything is turned upside down, but it’s so subtle and rests upon a few words uttered by the wrong person. We never see any cause for alarm at this point in either music or camera work, but from here on in, everthing changes. The script is sharp and the acting is spot-on. If you’re going to watch this film for one reason, apart from 90mins of watching George Clooney, it should be for the absolutely stellar directing from Anton Corbjin. It’s a very visual film, with every shot beautifully crafted and executed. This is intelligent directing.