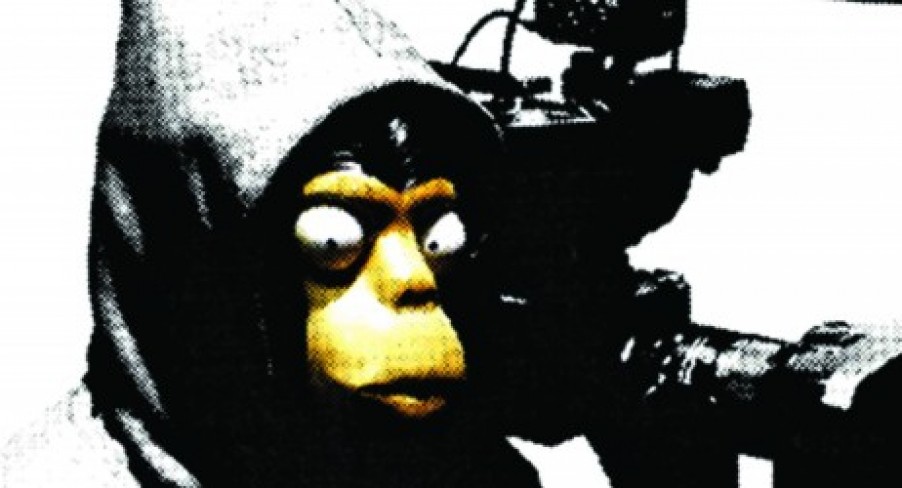 Exit Through The Gift Shop

One of the most interesting, critically acclaimed and divisive films of the past year has been Banksy’s Exit Through The Gift Shop. One of the key selling points of this film fact that it is a documentary. Or is it? Pop Culture Monster thinks you should see if yourself and decide. Is this in fact a documentary or is it yet another Banksy piece? Is it a commentary on the representation of truth on film and the ability of the two words that sell films like nobody’s business… no, not Meryl Streep, “true story”.

The film itself is the story of Thierry Guetta as he videotapes graffiti artists. During the course of the film he hears more and more about English grafitti legend Banksy and decides to seek him out without success. After a number of “chance” (we’re hedging our bets) encounters, Guetta and Banksy are thrown together in LA and it all starts to come together. What follows is a training montage worthy of The Empire Strikes Back. Banksy takes Guetta’s work and moulds it into and him into one of the underground art scene’s next big thing.

The result is a film that you have to see and judge for yourself: