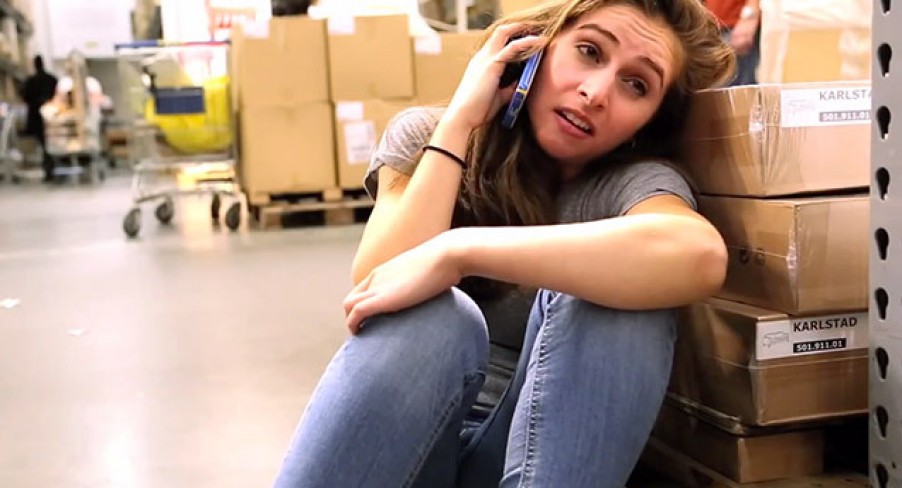 If you’ve ever been to an IKEA store, you’re bound to have noticed that in order to get to the exit to the checkouts, you have to pass through every section. If you’ve ever been to an IKEA store, you’ll know (or maybe you don’t) that this is meant to encourage you to make impulse buys along the way. Those little baskets filled with magically cheap wonders that you’re bound to need at some stage. I mean, c’mon, when has a pack of 60 Tupperware boxes that cost €2 not been handy to have in the cupboard?

In noticing this, Daniel Hubbard wrote a funny parody of Gravity, entitled Alfonso Cuarón’s IKEA, which stars himself and Alex Viola as the protagonists. The video spoofs the now iconic Gravity trailer, with unmistakable jabs at the soapyness of Gravity‘s plotline. Why this parody works though is that it channels the feelings every human who has ever visited the store has had. But dammit if those Tupperware boxes aren’t cheap!