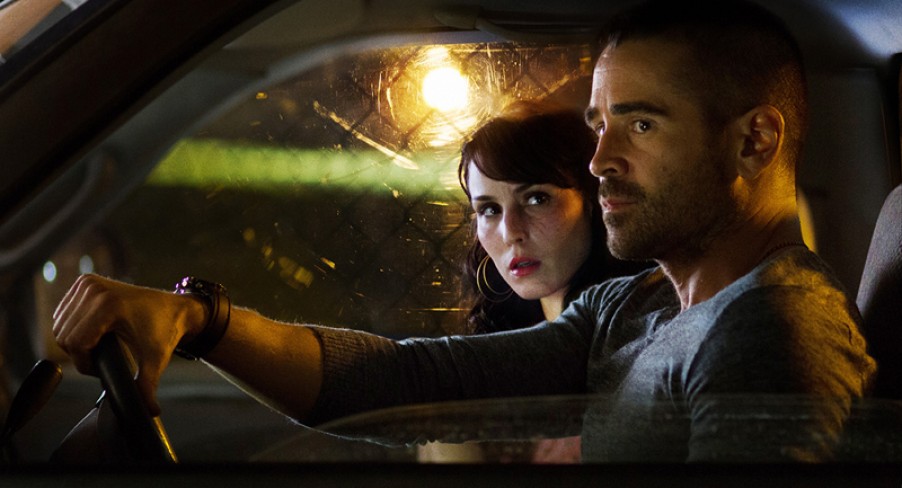 Dead Man Down starts its twists very early on. The characterisation throughout is strong, motives are clearly established, without being too in your face. It all centres around the relationship between Victor and Beatrice. We find out more about them at roughly the same pace as they find out about each other. It’s a drip fed bond that reveals internal conflicts that only seem to serve to keep them apart. Not that this is a love story, the threads of revenge are simply woven around the relationship between Victor and Beatrice.

A lot is stripped back in Farrell and Rapace’s performances. They give the performances that were needed, no more. This is in direct contrast with Terrence Howard, who, to be fair, generally gives a decent performance as Alphonse, but in one scene he chews horribly on the worst written monologue of the movie – it’s actually a little embarrassing to watch.

Given the slow build of the film, it’s surprising both in the fact that it doesn’t drag at any point, and also for how explosive the climax is. Such an in depth character piece, even an action based one, rarely has such a balls to the walls climax.

Dead Man Down is a solid film, but there was potential here for a real classic. The direction is a bit phoned in – solid but completely devoid of flair. This film would have been phenomenal if it were styled as a sort of companion piece to Drive. Instead it’s just about above average.