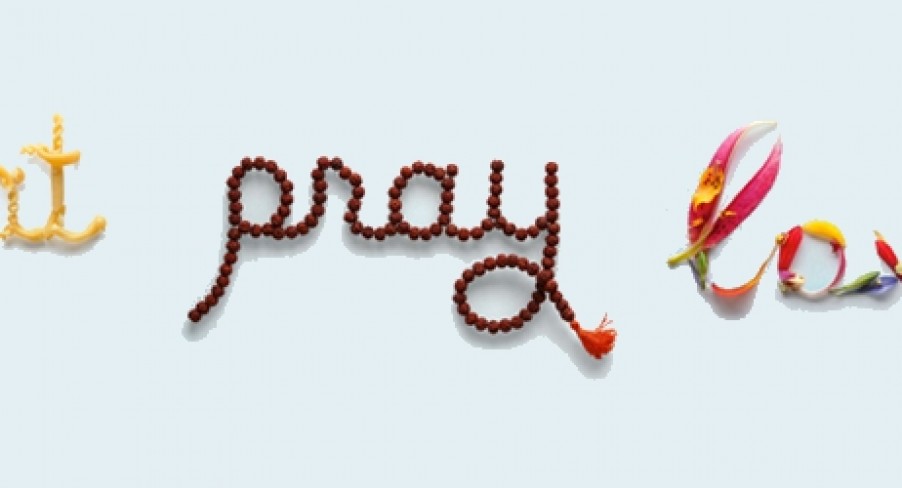 From the most mindless action to the deepest of dramas, character development is key. A film’s plot may be what engages, but it is the characters that truly draw an audience in and make a film worthwhile. Plenty of films leave out this aspect to focus purely on plot (usually a poor plot in these circumstances), and these films are destined to fade from memory. Eat Pray Love does almost the opposite; the plot of the film is the character development.

The film is based on the book of the same name by Elizabeth Gilbert, which chronicles her experience travelling the world to find herself. A clichéd notion perhaps, or rather, a notion which is too often dismissed as cliché. I shall now quote a little piece of wisdom from Ally McBeal, “love is an equation, a me and a you derives a we.” If the “Me” isn’t there yet, then don’t try for the “We” yet. Far too often people go for the “We” thinking that that will lead to the “Me”, with the result that the “We” eventually falls apart. This is what happened to Elizabeth Gilbert. She got married before the “Me” was ready, and it didn’t work out. So she decides to work on her “Me”. Her method of doing so is to travel the world. In one year she spends time living in Italy (eat), India (pray) and Bali (love). And her character develops. An important part of “Me” is knowing to smile, and how to smile. It is not just from your face, but with every part of you (even your liver). So if smiling is so important, who better to play Ms Gilbert than Julia Roberts; a woman whose career was built on a smile. Cynics may say that her career was built on not much else, but this film reminds us why she was the first actress to charge $20 million per movie: she is fantastic. Her smile is still important and this is a picture where she gets to show just how versatile that smile is. Finding yourself leads to smiles, which she can flash brightly. The realisation that you need to find yourself can be a time of upset, and at the start of the movie, Roberts puts an incredible amount of sadness into a smile. Frequently a big problem with big name stars is that you can never disassociate the character from the famous actor. This is not a problem here. Roberts plays her role so effortlessly that it is quite easy to forget about the actress, all that is on screen is Elizabeth Gilbert. This is why Julia Roberts is not only guaranteed a Best Actress nomination in next year’s Oscars, but she also stands a very good chance of winning.

The supporting cast all do excellent work as well, though with the exception of Richard Jenkins there is still the problem of remembering who the actor is, rather than the character. This is particularly a problem with James Franco, who, although performing excellently, is rather jarring playing the New York actor with whom Gilbert has a brief relationship. Possibly because he is playing himself just a little bit. Franco’s casting is one of a few jarring things in this film. The story is quite episodic so the jump from one part of the world to another can seem a bit abrupt at times. The move from India to Bali is particularly jarring. In India we are awaiting a moment of catharsis before moving on, everything about this section of the film suggests that the moment is coming, and later on, the mood shows that the moment has come. Yet, that moment is never seen. We expect to see these kind of moments in films, and it does take a while to remind ourselves that seeing these moments is not necessary for them to have occurred. The Indian moment of catharsis probably would have been less believable had we seen a big defining moment. These moments come from within, not in grand cinematic gestures.

Something else we don’t quite see later in the film, in Bali, is the falling in love. But this is not a simple love story, we see what we need to, a relationship starts, then the relationship is. We don’t need to see the romantic comedy montage to know that this relationship blossoms or is real.

It is unfortunate that we must keep reminding ourselves of these little things. It would have been a much smoother ride had co-writer/director Ryan Murphy been able to show us something, or even to very subtly remind us that we don’t need to see everything. Overall the movie is competently directed, but there are moments that jar. Be it moments left out, or parts that moved just a touch too suddenly (not just in plot, the editing can be guilty of this too). It’s all easily forgivable though.