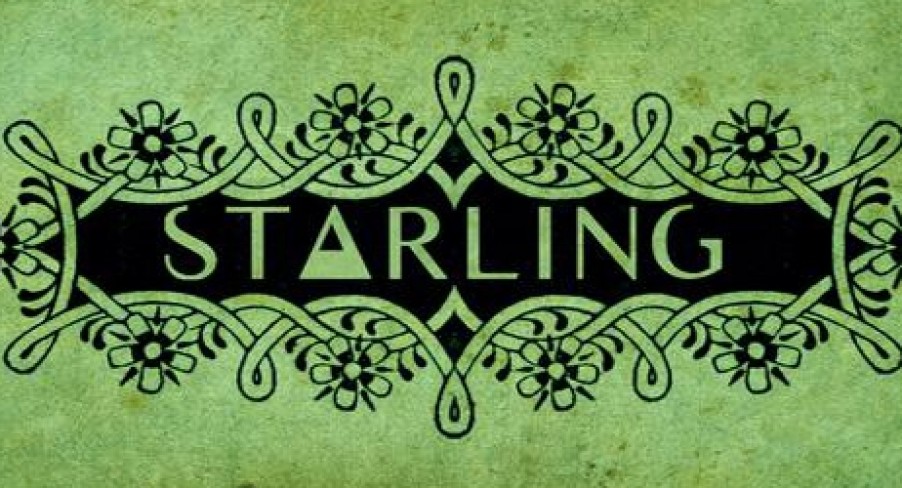 Starling are a British quartet, formed back in 2008. Now, usually the term quartet is just used offhandedly to say there are four of them, and there are, but the connotations to classical music overlap perfectly well with the group. From the first track I heard, Be Someone, I was drawn in by the fluttering piano and full feeling of the strings. That’s not to say that their songs aren’t modern and catchy – the la la la’s in The Simple Life spring to mind on that front. The more classical elements don’t date the music or take away from its mainstream appeal. Instead, it gives them a fresh and interesting sound.

Their MySpace page doesn’t offer much in the way of information about the band. Daniel James is the man with the voice and the guitar, Vanessa James and Keith Nixon offer backing vocals as well as keyboard and bass respectively and then John Pullan sits behind the drums.  A short biography sits underneath their calendar of upcoming shows – a gig in a London venue named The Dublin Castle threw me off and left me a bit disappointed.

I could easily spot their zeal and enthusiasm for what they do when I skimmed through old blog posts. Plenty of Oh My! moments, as well as the always welcome declarations of love for their fans. Their last post won me over even more, where they explained the meaning behind their album’s title, Public Service. They talk about how once art is put out into the world it gives something to each observer – just like a public service. When musicians see their work as art, and not solely a product or business, frankly, it makes their music better. The guys, and girl, have clearly worked hard to create their own sound and, like all good bands should, they write their own stuff. When Daniel sings, you can hear true emotion behind the words. They’re performing their music because that’s what they love to do. A labour of love is always sweeter to listen to. And they certainly aren’t afraid of the work that’s involved, as Daniel explains in the Sounds of Change’s Be Somebody video.

Taking A Break has a nice and funky intro, lots of twangy strings and solid drumbeats. The song’s energy doesn’t relent at any point and is definitely one of my favourites. How Do You Change opens with a big orchestral feel and slips unnoticeably into splashy cymbals and Daniel’s powerful vocals. He’s got one of those great voices that can serenade the softer songs with a gentle croon and hit the high notes during those dynamic catchy moments. Another worthy mention is Believe In Me. A smooth, melodic song; a good choice to listen to while relaxing. Although their MySpace hosts ten songs, I’m going to be greedy and state that my ears require more.

Starling are currently touring the UK and their new album, Public Service is now available on iTunes.