King of The Travellers Review 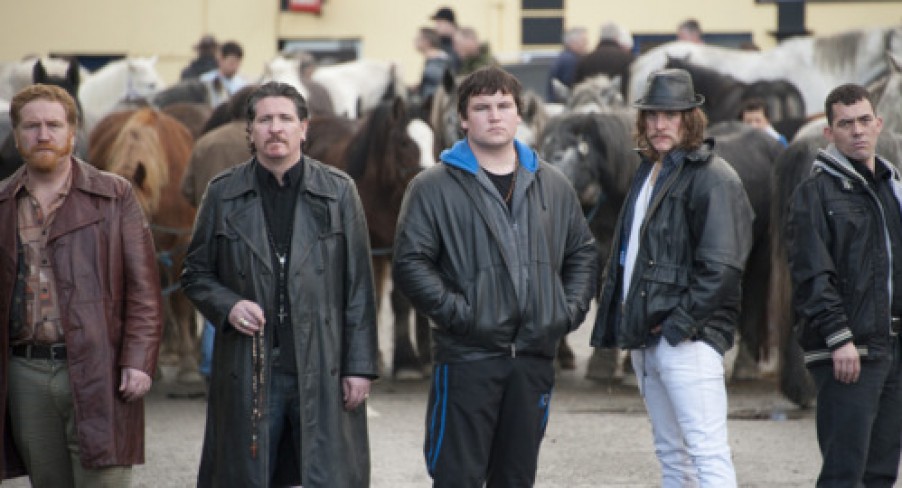 Shakespeare’s been mentioned a few times in the marketing of Mark O’ Connor’s King of The Travellers. This is entirely unsurprising as Travellers is a veritable smorgasbord of Shakespearean themes. It’s as if O’ Connor studied all of Shakespeare’s works, and plucked out all of the themes he ever explored, and then weaved them into this film. Unfortunately, once it was all woven together he neglected to go over it and knock off any resulting rough edges. His efforts would have led to a far more rewarding product if he had spent it putting together an academic paper.

There are threads of betrayal and secret histories woven through the almost royal family structures and there is a medieval kind of political intrigue at work. There is also a star-crossed lovers bit as John-Paul falls for a Power girl, à la Romeo and Juliet.

The characters are well written even as the film tries to cover too much ground, but more often than not, the performances of the largely amateur cast struggle. John Connors as John-Paul is excellent for a first timer, his performance isn’t always as it should be but he clearly demonstrates a natural affinity for acting and he holds the lead admirably. Peter Coonan’s Mickey is solid enough but not really stepping into anything he hasn’t done before. He’s essentially playing a wilder version of his Francis character from Love/Hate, particularly season 2 Francis.

Michael Collins meanwhile, as Francis Moorehouse, is not equal to the task. His lines frequently feel laboured and false. The complex role of Francis is just a little bit out of his grasp.

For many reasons King of The Travellers could be seen as a very middle of the road and forgettable work, but it is hewn from Shakespeare. It might not be the smoothest implementation but enough of it sticks to really elevate the film, indeed, given the sheer volume of Shakespeare thrown at the wall, it’s amazing how much of it does stick. For all the awkwardly shoe-horned in moments it all generally gets neatly wrapped up in the climax.