Oz The Great and The Powerful Review 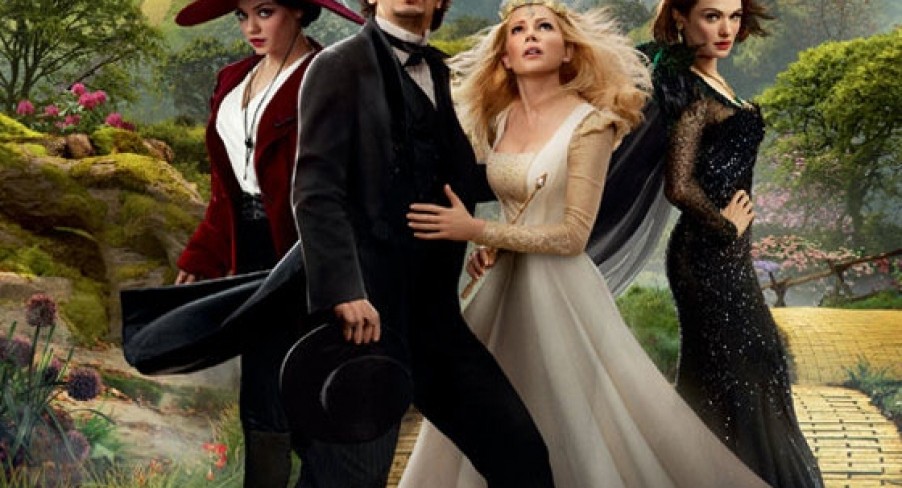 The prequel to The Wizard of Oz opens with a very poor first impression, the most irritatingly Elfman-esque track that Danny Elfman has ever composed. It drips with so much Elfman whimsy that even the most die-hard fan is sure to find it grating. It fully sets you up for a Tim Burton misfire, but this is not a Tim Burton misfire, this is a Sam Raimi misfire. Though not his worst, Oz certainly doesn’t reach the rarefied depths of awfulness experienced in Spider-man 3, it’s not even as bad as Spider-man 2. It’s probably about on par with the first Spider-man movie, which wasn’t too bad, but you’re unlikely to be interested in seeing it again.

After Elfman has set us on edge we enter the film proper, black and white, in Kansas, because let’s face it, if you’re doing an Oz movie, how can you not open in black and white? Here we are introduced to Oz, played by James Franco. Oz is an unscrupulous, greedy and deceitful circus magician. His chosen career naturally involves a fair bit of deceit, but we soon see that Oz is happy to let that particular element creep into his personal life. There is nothing likeable about this character. A few other characters seem to see good in Oz, but we have no indication as to why.

Pretty soon Oz is required to flee in a hot air balloon, where he is swept-up by a tornado. Fortunately, as this tornado picked him up in Kansas, he doesn’t die, he goes to the magical land of Oz. Oz is a wonderful place filled with bright colours and special effects sure to make any child in the audience cry “oooooh” with delight. Meanwhile everyone in the audience who has developed even the vaguest sense of cynicism will simply wonder why we’re now watching a CG cartoon. The influx of colour and shape does not make us feel that we have entered a magical realm, it just reminds us of how Raimi’s love of gleaming textures was the first indication of a downfall to come in that first Spider-man.

Oz soon meets Theodora, the good witch, as played by Mila Kunis. Theadora explains that the wicked witch has killed the king and left the land in peril until a prophecised wizard shall come and save the day. This wizard shall share his name with the land. So now we have the reason as to why the land of Oz and Oz the wizard are so named. It’s not laziness, or an attempt to mess up any attempts to explain the plot (-ish), it’s prophecy!

The biggest problem with The Great and the Powerful is that Oz isn’t a likeable character. The plot gives Oz a chance to redeem himself and become a better person, but we spend so long watching him being terrible that it’s impossible to connect with him. The story is reasonably solid but there’s no way in for an audience. It’s very difficult to care about Oz’s mission when we spend so much time wishing that Oz’s time in a tornado had had a more conventional outcome.

This is a problem for the adult audience though, the child audience has plenty to connect through. Vibrant colours and fantastic visuals, horribly CGd, but that core audience of children won’t mind that. That’s the biggest disappointment really – Oz seemed like it would be a decent adventure movie that people of all ages could enjoy, but it turns out it’s very much a kids movie, the only real adult audience are the kids’ parents. It’s not a film that is a chore to get through, it’s fairly solid, it’s just not aimed at them. There are a fair few allusions to sex, but not in ‘jokes the parents will get’ kinda way. Just as kids won’t notice, adults won’t care.