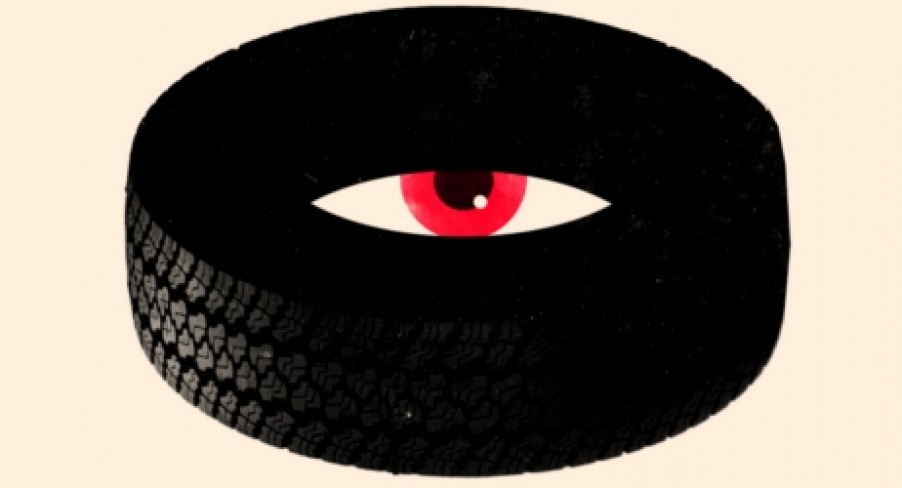 This may just be the strangest thing you’ll watch all day. Rest assured this is a real film. Rubber is the story of Robert. Robert is a tyre. Robert was just a normal inanimate tyre who was abandoned in a desert. Robert came to life. Robert discovers he has powerful psychic powers, namely telepathy, and can destroy anything with the power of his inner tubing. Robert soon turns his bloodlust to humans.

You cannot make this stuff up. Well I made the bit about the inner tubing up because I assume Robert doesn’t have a mind. However this film is from the mind, and direction of Quentin Dupieux aka Mr Oizo, who is mostly known as the person responsible for this. This is seriously one of those films that I’m absolutely dying to see. The film will be released in US cinemas on April 1. A UK/Ireland release has not yet been announced.