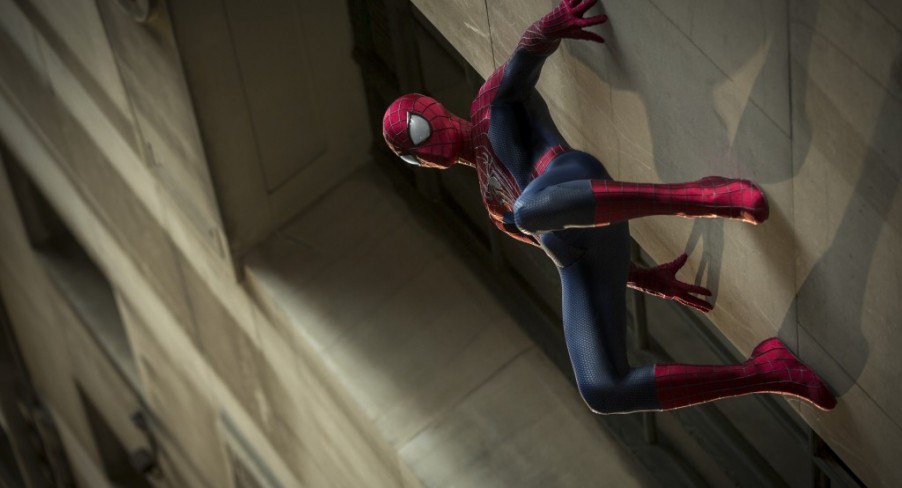 Sony Pictures has released the teaser trailer for director Marc Webb’s The Amazing Spider-Man 2. Swinging into theaters (see what we did there?!) on April 18, ahead of the May release in the US. The film stars Andrew Garfield in the titular role, with Emma Stone playing Gwen Stacey (what will happen?!), along with support from Paul Giamatti, Sally Field, Jamie Foxx, and more. Andrew and Emma’s onscreen chemistry is still wonderful.

Fans already knew that Electro, played by Jamie Foxx, would be the main villain in the film and that The Rhino, played by Paul Giamatti, would be involved also. Speculation still remains over The Green Goblin as fans wonder whether Harry or Norman Osborn would be turned into him. It remains to be seen, even though 3 villains might be a stretch too far.

We’ve always known that Spider-Man’s most important battle has been within himself: the struggle between the ordinary obligations of Peter Parker and the extraordinary responsibilities of Spider-Man. But in The Amazing Spider-Man 2, Peter Parker finds that a greater conflict lies ahead.

It’s great to be Spider-Man (Andrew Garfield). For Peter Parker, there’s no feeling quite like swinging between skyscrapers, embracing being the hero, and spending time with Gwen (Emma Stone). But being Spider-Man comes at a price: only Spider-Man can protect his fellow New Yorkers from the formidable villains that threaten the city. With the emergence of Electro (Jamie Foxx), Peter must confront a foe far more powerful than he. And as his old friend, Harry Osborn (Dane DeHaan), returns, Peter comes to realize that all of his enemies have one thing in common: Oscorp.