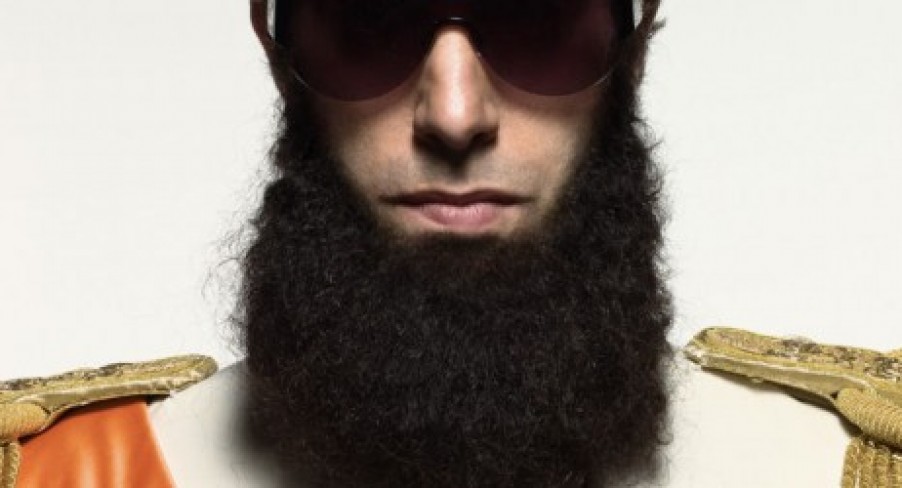 The plot focuses on Admiral General Aladeen (Cohen), an oppressive dictator of Wadiya, a fictional North African country. Despite Wadiya sitting on an immense supply of oil, Aladeen refuses to sell any of it much to his uncle Tamir’s (Kingsley) annoyance. With the construction of his nuclear weapons underway, Aladeen is summoned by the United Nations Security Council who intend to intervene with military forces if necessary. He then travels to the UN Headquarters in New York to address them but, on his first night, Aladeen is kidnapped and shaven by a hitman (Reilly) hired by Tamir. Now unrecognisable as Aladeen, he discovers his uncle’s plan to use a double (also played by Cohen) to sign a document that will make Wadiya a democracy and open the oil reserves for business. And on the way he meets Zoey (Faris), a hairy armpitted activist who owns a food co-op in Brooklyn.

Aladeen isn’t Cohen or Charles’ brightest idea and his story is nowhere as edgy as the duo’s two previous films. Perhaps this is because Cohen is no longer able to slip into the guise of undercover characters since his past roles in Borat and Bruno have made him too high profile. In any case, Aladeen is the bad guy with a change of heart because he falls in love which is more Hollywood standard than Cohen standard.

The Dictator falls flat at numerous points throughout the film only resuscitating itself with the immature crudeness expected from Cohen. Such jests include 9/11 talk on a helicopter, fake Aladeen attempting to milk a woman, Aladeen slanting his eyes to appear Chinese, Aladeen learning how to masturbate accompanied by a spiritual montage of flying birds and, if I remember correctly, a clip from Forrest Gump, and a bizarre birth scene which goes from an interrogation to special moment for Aladeen and Zoey. The films highlights are the dedication to the late Kim Jong II, Aladeen working at the co-op, the cameos without wanting to name names and a well constructed soundtrack by Erran Baron Cohen.

Cohen and Charles are used to walking on the line of gross-out comedies – thinking back to that nude chasing scene in Borat still makes me shudder – but beneath the crudeness of the jokes, The Dictator tries to raise solid questions about society today. When Aladeen speaks about the benefits of dictatorship, it starts to sound more and more like what we call democracy as he references a minority enjoying the wealth, the freedom of the media and even jails – ‘You could fill your prisons with one particular racial group.’ The  moral of the film is that the differences between democracies and dictatorships are blurred– even when Aladeen reforms, he still sticks to his bigoted ways.

Fans of Cohen’s previous big screen escapades will undoubtedly enjoy his latest adventure but if you don’t want to get your laughs from jokes that try a little too hard at times or a full-frontal Sacha Baron Cohen then I’d give this a miss.