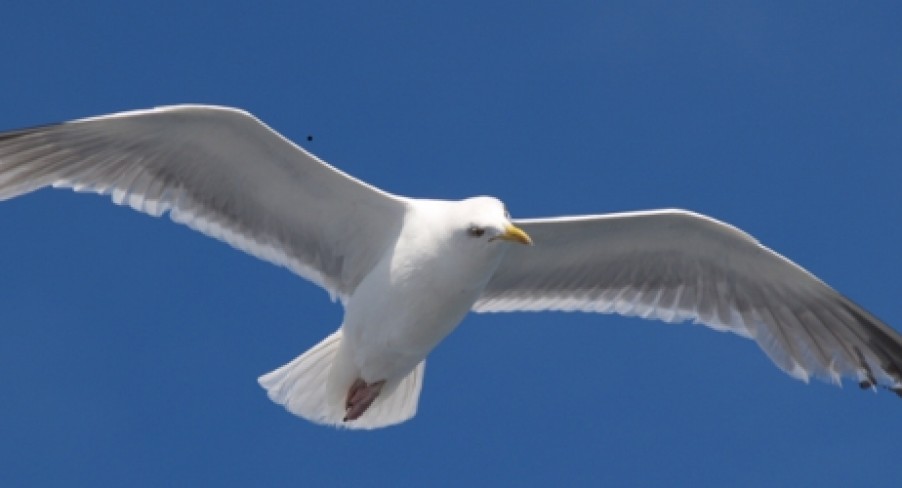 The picture of the Seagull attacking Chris Brown as he took some leisurely time at the beach is now infamous. Mostly because the Seagull did exactly what every other sane person on this planet wants to do to Chris Brown. In an exclusive interview, we got to have a chat to the Seagull – named Steve – and he told us his side of the story.

Good morning, Steve. Thank you for taking time out of your schedule to be here today.

Good morning, PCM! I’m a little beat. Just flew 4,000 miles to be here for this interview. I’m also nurturing a huge food baby – damn the Irish fish is good though!

Steve, can you tell us a little about the day leading up to the time you attacked Chris?

Sure thing! Well, I was with my friends and family in Miami, just cruising around for some really good eats. The catch of the day was Gary’s – he managed to snap a herring right out of the mouth of an unsuspecting Killer Whale. We were squawking and whooping and all giving him a few wings on the back and then I saw him.

Yeah. Just sitting there. Having fun. Like it was no big deal. And what happened next?

I was talking to Brian – you know my cousin Brian, right? – and he was all “Go shit on his head”. And I was all “Aw bro, I can’t do that. Can I?” And then he says “What have you got to lose, bro? He’s complete scum.” So I thought it over for a few seconds and then I decided to go for it. I was only doing what everyone else wants to do to him.

Did you really shit on his head?

No, unfortunately. I didn’t get the chance. As I flew over, he saw me and ran off like a pussy. So I shat in his shoe. He’ll never get the smell of fish out of those Nikes.

Did you know at the time that you would end up in papers around the globe?

Naw, I just saw my opportunity and went for it. I wasn’t really thinking at the time, to be honest. I was on a mission. It’s really flattering that everyone has been talking about it for days, and I’ve got some really nice offers from Hello! and MTV Cribs to show them around my nest, but I’m kind of a private bird. I just want to settle down, find a nice broad and have a few hatchlings with her, y’know?